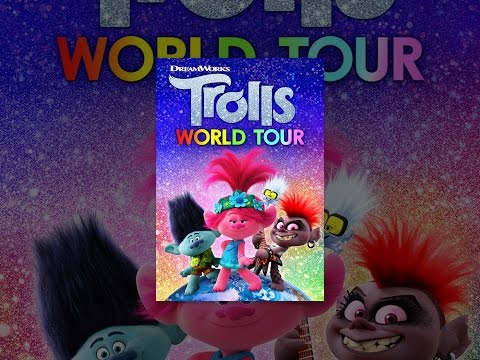 Pump down the volume: ‘TROLLS WORLD TOUR’ a headache-inducing battle of the bands

Few movies are as annoying and overwhelming as Trolls World Tour, the follow-up to the 2016 original animated feature. The sugar-shocked sequel is the first major motion picture to premiere at home, due to cinema closures. As eager as we are to find fresh material for family consumption, Trolls World Tour is about as close as it gets to walking into a Justice clothing store, being doused in glitter and prisoned for a 90-minute game of SingStar. Tylenol required.

Anna Kendrick and Justin Timberlake’s voicing and singing talents return in this all-star continuation, which also includes James Corden, Sam Rockwell and Kelly Clarkson, among many other big names. After the events of the first Trolls (the sequel includes a quick catch-up story during its opening — but you can watch the original for free on Kanopy and FXNow, or rent for $1.99 on various other services), pop trolls Branch (Timberlake) and Poppy (Kendrick) learn that they are only one of six different tribes which are scattered across the Troll Kingdom. Each dynasty is devoted to another string of music, such as Pop, Rock, Funk, Country, Techno and Classical.

About two minutes in, parents may face palm (like my wife and I did) while your kids’ eyes may widen from the high-energy and colors that populate the screen. There are so many images and information being thrown at you that you won’t be able to process it. Just as soon as there’s an obvious message about being kind to one another and celebrating each other’s differences, there’s a music playlist blaring to keep the beat up on notch 11. Never does a break exist. It’s a work that is clearly made for individuals with the attention span of a gnat, which is the last kind of mentality we need during a time like this. Even character plans are repeated continuously throughout to keep the momentum up.

Admittedly, there are good messages for younglings to soak up about anger weighing down the mind and violence not solving the world’s problems. However, its notable themes are drowned out by the noise. There are similarities between this film’s upbeat tempo and the Lego Movies. But, at least, the latter knows when to set down the mic and pluck the heartstrings. Proceed with caution, or venture elsewhere.

Universal Pictures has made the film available on several on-demand platforms, including Amazon Prime, VUDU, Apple TV and YouTube. It’s a 48-hour rental at the cost of $19.99.

Pump down the volume: ‘TROLLS WORLD TOUR’ a headache-inducing battle of the bands