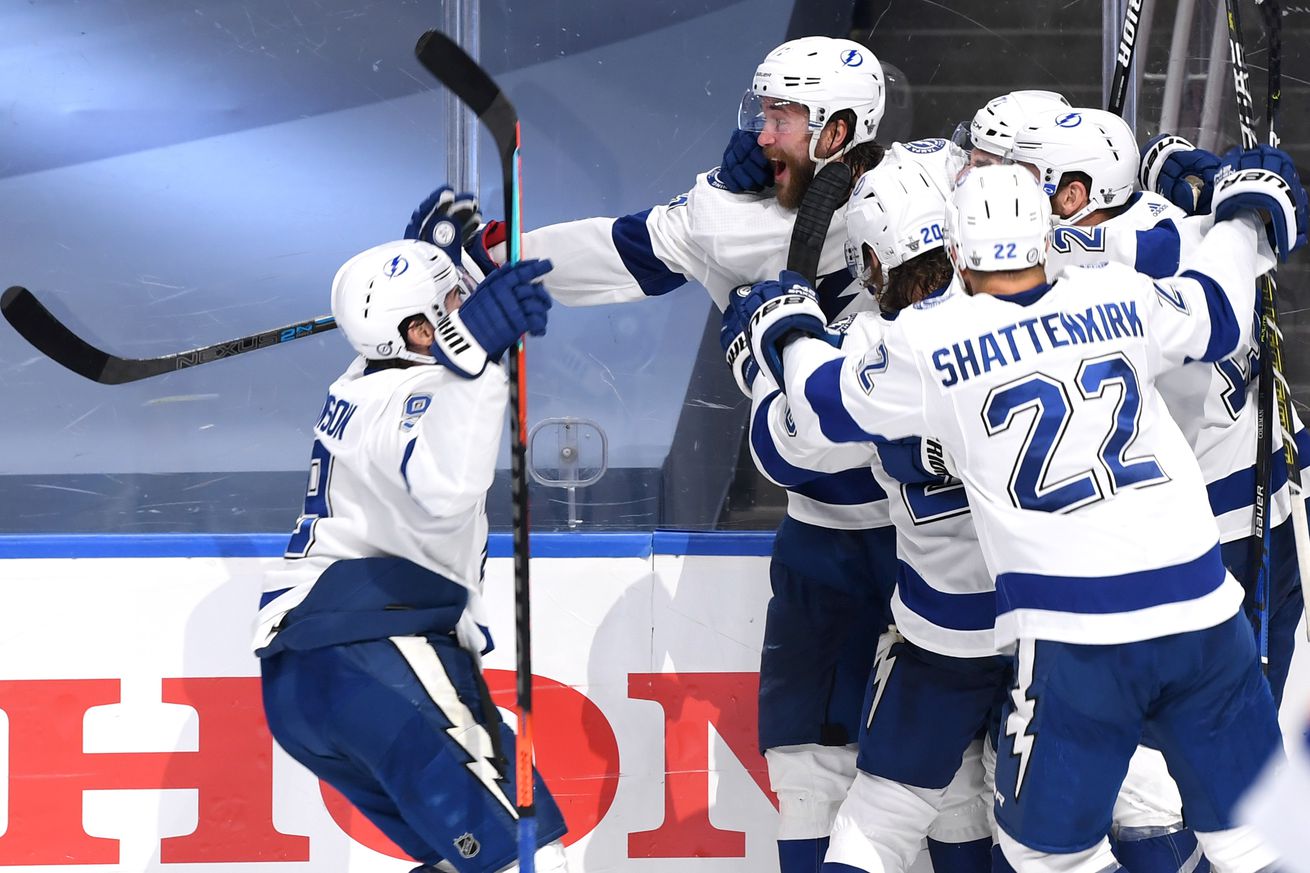 A sunbelt face-off will bring an end to the NHL’s longest season ever.

As strange as it might be, the 2020 postseason is finally wrapping up with meaningful hockey in September. After a season pause, a play-in round and plenty of chaos, there are just two teams left competing for Lord Stanley’s Cup. Both the Dallas Stars and the Tampa Bay Lightning are looking for their franchise’s second-ever championship title.

Looking at the numbers, Tampa Bay seems to have had a competitive edge throughout the postseason so far, regularly out-performing their opponents by most offensive metrics. But Dallas got hot at the right time, and goaltender Anton Khudobin has been a force in net and could easily become the biggest challenge the Bolts have faced yet.

Here’s how the teams stack up head-to-head, plus everything you need to know to tune in:

All stats courtesy of Natural Stat Trick and have been measured since the beginning of playoffs, at all strengths, and are expressed here as rates per 60 minutes of play.

Overall, this series is going to come down to a few important points for the Dallas Stars — things they’ve already done and things they must start to do in order to win their second championship.

1. Anton Khudobin needs to give the Stars a solid performance and steal a game or two.

2. The Stars must out-check the Lightning for the majority of the series.

3. The “Big Three” need to keep showing up, plus Tyler Seguin.

The Dallas Stars win if:

— Anton Khudobin continues to play like a number one goaltender.

— They are able to get goals from more than one line

The Tampa Bay Lightning win if:

All games will be held at Rogers Place in Edmonton, Alberta, who also hosted both of the conference finals.

Tonight’s Game 1 will be broadcast on NBC, CBC, SN, TVAS, and FuboTV.