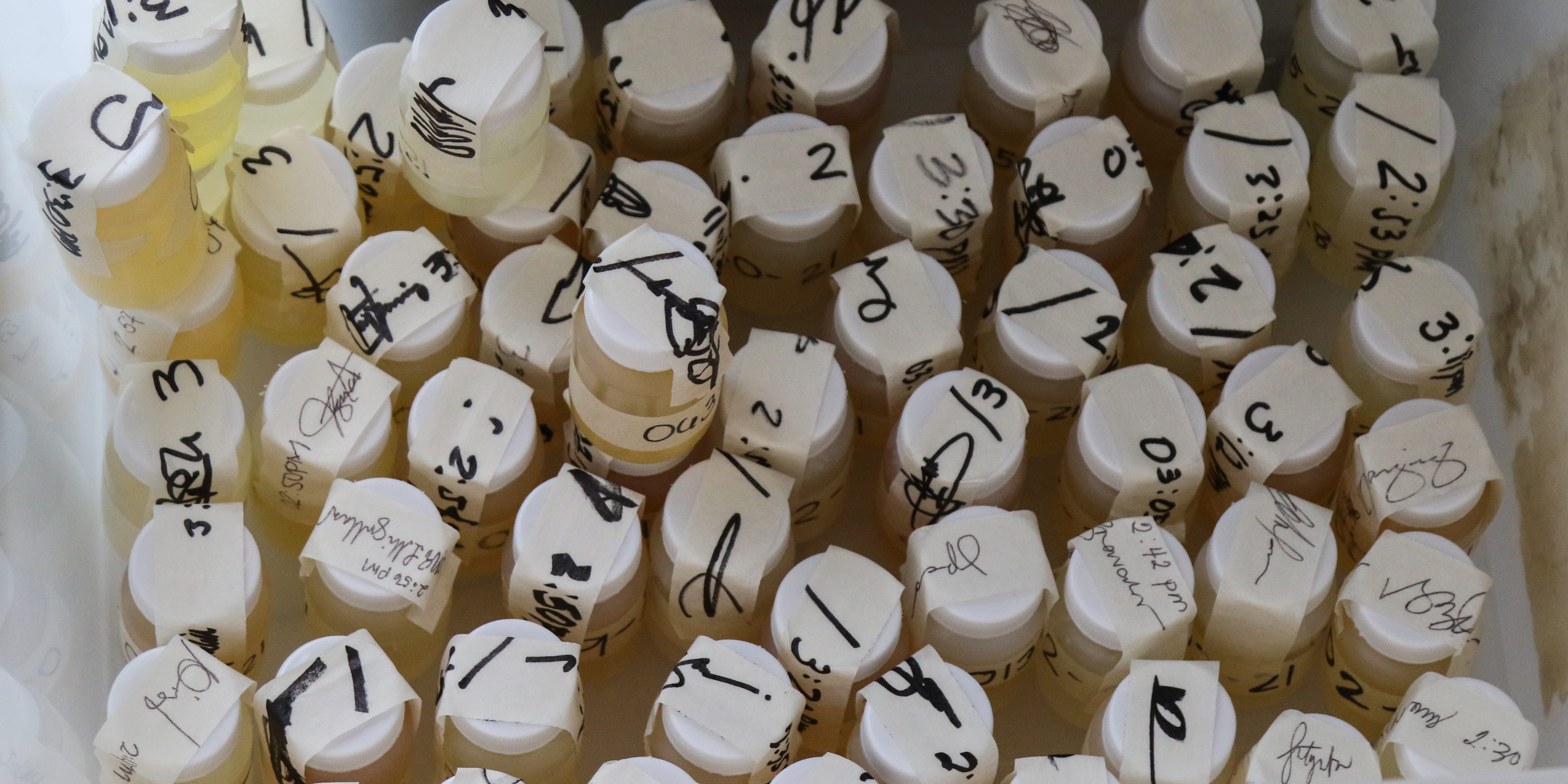 Andrea Fisher took to Twitter on March 1 after receiving a strange package addressed to her with a return address of "Commanding Officer 22th Marine Regiment."

Fisher was shocked when she opened the package to find four separate containers labeled "CLINICAL SPECIMENS - URINE SAMPLES" that were addressed to the Navy Drug Screening Laboratory in Great Lakes, Illinois.

"PLEASE tell me this happened to someone else," wrote Fisher, who recently tweeted a promotion certificate identifying herself as a sergeant in the Marine Corps, wrote on Twitter.

Fisher did not respond to Insider's request for comment.

Maj. Kendra Motz, 1st Marine Division director of communication strategy and operations, affirmed the Corps' mistake to the Marine Corps Times. She said that the Marines have since picked up the urine samples from Fisher and that the package was not intentionally sent to the wrong recipient.

The military has a zero-tolerance for troops possessing or using banned substances and performs random tests periodically to screen them. They generally test for marijuana, cocaine, amphetamines, opioids, synthetic cannabinoids, and benzodiazepines, according to the Navy and Marine Corps Public Health Center, .

The Marine Corps recently expanded the scope of its testing in December 2020 after reports came out from the 2nd Marine Division in North Carolina that several Marines and sailors were caught using lysergic acid diethylamide, or LSD.

"The use of prohibited substances is unfortunately not new," Linfante said. "What's new here is that the 2nd Marine Division is now testing specifically for LSD, along with the many other substances we've long tested for - both randomly and in every other way possible."

Capt. Joseph Butterfield, a public affairs officer in the Marine Corps, told the Marine Corps Times that the rest of the Department of Defense may soon begin randomly testing other branches and troops for LSD as well.

"Due to increased concerns regarding the usage of LYSERGIC ACID DIETHYLAMIDE by service members, the Office of the Under Secretary Defense for Resiliency approved adding LSD to the Drug Demand Reduction Standard Test Panel in August 2020, commencing in December 2020," Butterfield said.