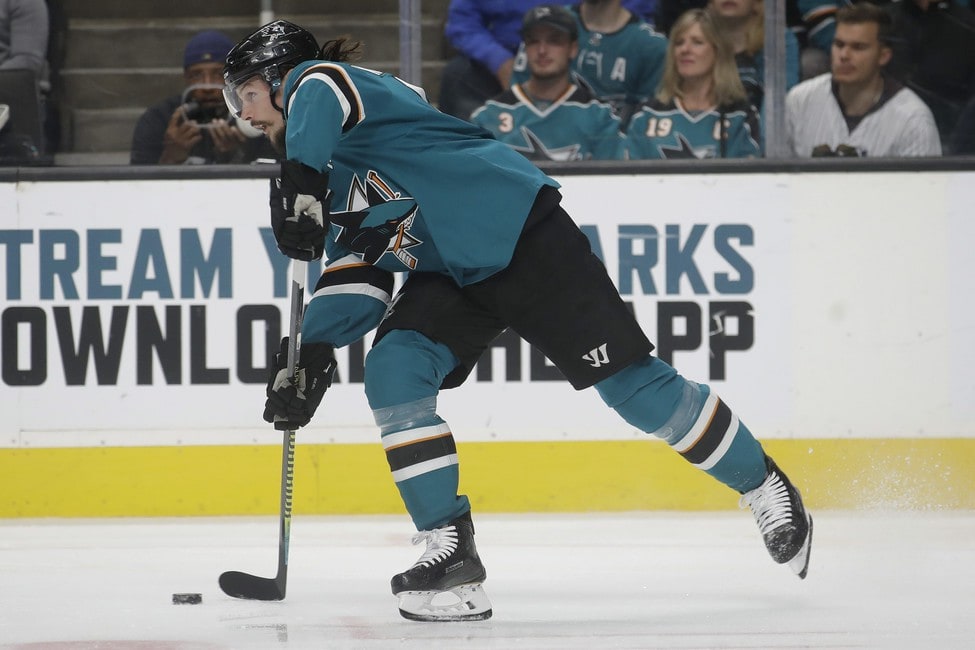 3 Takeaways From Ducks’ 3-2 Loss to Sharks

The Anaheim Ducks returned to the ice for the first time in three days, falling to the San Jose Sharks 3-2 on Monday night at SAP Center. The layoff was their longest of the season so far, but it didn’t show early on. They jumped out to a quick start, scoring first and holding an early advantage in puck possession and scoring chances. Unfortunately, a disastrous second period and less-than-stellar performance by John Gibson gave the Ducks more than they could handle. Still, there were positives to take away from the game among the negatives—first, the negative.

The Ducks missed a prime opportunity to create some separation between them and the Sharks. With the 3-2 victory, the Sharks pull to within just two points of the Ducks with two games in hand. The season isn’t even near its halfway point yet, but their failure to put some distance between them and one of the teams they’re battling for the final playoff spot in the West Division hurts.

That is especially true this season. You never know when games will be postponed due to a COVID-19 exposure and rescheduled at another point in the season. The way things have been going so far in the NHL season, it feels like an inevitability that more games will be rescheduled. That means rest days may be cut to make room for rescheduled games and that rosters could look different.

Monday’s game is a prime example. The Ducks faced a Sharks team missing Erik Karlsson. They would’ve seen the Sharks twice without Karlsson if the NHL did not reschedule their Feb. 13 matchup for April.

Karlsson may not be what he once was, but the Sharks would rather have him than not, and the Ducks would rather face a weaker opponent when they need all the wins they can get.

Ducks head coach Dallas Eakins first combined Max Comtois, Rickard Rakell, and Isac Lundestrom on a line during the Ducks’ victory over the Los Angeles Kings in early February. The three have jelled since then and become the Ducks’ most exciting line. That trend continued Monday night when the line scored the Ducks’ second goal of the night — Comtois’ team-leading seventh — and generated several excellent scoring chances.

Besides the Comtois goal, that line generated the Ducks’ best opportunities, including a beautiful pass that Comtois feathered to Lundestrom in front of the net that he meant Lundestrom to bat out of mid-air. Although Lundestrom couldn’t quite direct the shot on goal, the chemistry displayed by all three players was apparent.

During the broadcast, play-by-play man John Ahlers said that Eakins mentioned Rakell and Comtois “think the same way.” That plays a significant role in the line’s production. Rakell can anticipate what Comtois will do, and Comtois is one of the few Ducks players who has demonstrated an ability to finish scoring chances.

Looking beyond the scoresheet, Rakell, Lundestrom and Comtois dominated in puck possession and scoring chances generated with a Corsi-for percentage of 73% and led the Ducks in scoring chances with nine.

To say the Ducks rely heavily on Gibson is an understatement. When he struggles, it’s a death sentence for Anaheim. That was the case Monday night. Though the team in front of Gibson didn’t do him any favors, especially in the second period, two of the Sharks’ three goals were soft.

The Sharks’ second goal resulted from a Kevin Labanc-shot from behind the net, while their third trickled between Gibson’s legs. When he’s on his game, neither of those goals go in, and with the Ducks’ continued offensive struggles, they can’t afford to surrender any soft goals.

The Ducks have two days off before returning to Anaheim to face the Minnesota Wild twice in three nights. The Ducks split their first series with the Wild in January, but the stakes continue to rise as the Wild creep closer to the Ducks in the standings. Though the Wild are behind the Ducks in points, their point percentage is third-best in the Western Division.

All stats from naturalstattrick.com

The post 3 Takeaways From Ducks’ 3-2 Loss to Sharks appeared first on The Hockey Writers.

3 Takeaways From Ducks’ 3-2 Loss to Sharks