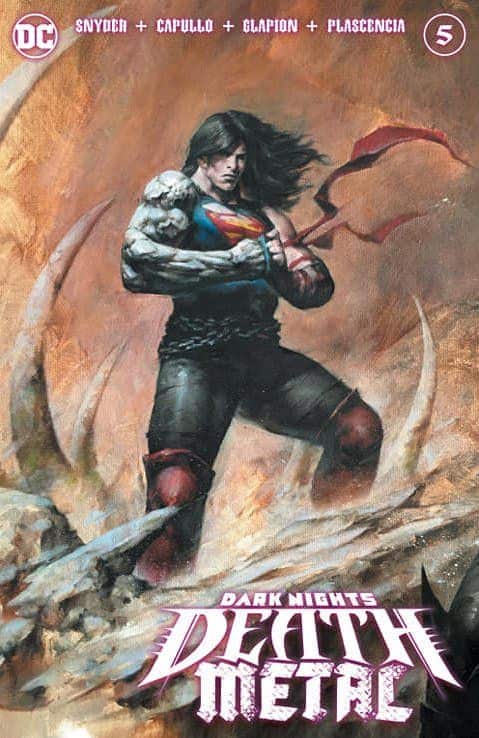 A New Beginning For Multiverse?! Justice League and Legion Of Doom Loom As Batman Who Laughs Vs. Perpetua!

In addition to the above variant cover the issue has a few more.

As well as the main cover.

Lex Luthor and the Legion of Doom seemingly save our heroes – Justice League in spirit – from the opening pages of this issue (full spoilers here) from the chain of events ignited by the Robin King and the Batman Who Laughs (now the Doctor Manhattan powers Darkest Knight).

Looks like the Darkest Knight is looking to snuff out Perpetua and complete his reimagining of the multiverse!

That battle begins at Earth 49 which was unrevealed in Multiversity.

The heroes and Lex Luthor look onto as this cosmic battle begins.

…that would unknot all the old crisis events – assuming Zero Hour and OG Death Metal is in that mix – so that all that’s happened before will matter.

They all get ready for their parts on the battle to come, by passing on the Journal of Carter Hall aka Hawkman which has the most complete history of everything, and including Wonder Woman leading a horde of Lobo created from drops of his blood!

Supermen unite, the rainbow corps unite, Black Adam is ready and more as…

Batman, the Justice Society of America, Hawk and Dove, and so much more…

…as they heroes brace for their own battle as…

I feel like this death metal concert is close to reaching its crescendo. It all feels like its coming together. Solid art. Can’t wait for the next issue. 8 out of 10.