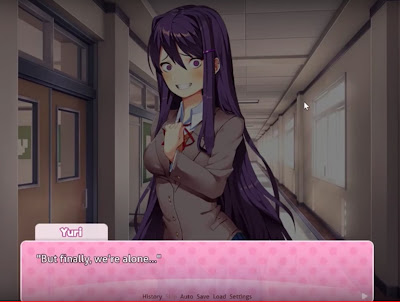 Sunday: Up by 6am, stayed in bed trying to achieve six hours sleep. Little one awakens 7:15am, half hour (including tummy time), breakfast, dropped off at swim as I go to Seussical rehearsal for 9am. Home for 4:45pm, and routine much like last Sunday. (Half hour talking to grandparents, over a half hour of some play.) Dinner 6:15pm, and bath including hair. Some fussing either side of 8pm, then a few coughs but she self soothes, downstairs before 10pm. Then, WHOA, screams after 10pm. Trouble breathing, and nothing to suck from nose, but sounds congested... wife calls TeleHeath, suggest bathroom with hot shower running. Seems to help, as does music. Elevated the crib more, settled back for 11:30pm, plan to check in with doctor.

Monday: Briefly awake after over five hours, then managed just over six. Dreamt of a flight being diverted to China and then being stuck there; avoiding gun turrets in private plane to get out? With Alexandra for 90 minutes from 7:30am, including some time in shower sauna and in cardboard box. She snoozed with Mom after 9am, then 8 Month photo and breakfast. Grading quizzes, then photo outside in snowsuit, then with Alexandra for 2 hours and a 45 minute snooze. (Included seeing a little cat outside trying to get over the snow - ended up in the cedars!) Back to grading. Dinner before 6pm, bath included shower running (new routine), crib by 7pm. Needed a half hour to settle in again before 8pm. Then silence until a complete replay of the previous night, minus the phone call, but plus peeing while attempting to change her diaper. Downstairs by 11:30pm again. Aaaand upstairs for another half hour, returning downstairs 12:30am.

Tuesday: Awake by 6am, sigh. Little one was in elevated crib until 4am though, yay, and she only woke up after 7:30am. Standard school with lunch duty and Seussical at the end. Home via store, arrived 5:45pm in time for a half hour with little one (she tries to grab running water from the tap). Also, she'd sat nicely in a high chair that morning when Mom had breakfast with other moms. Then dinner, bath, crib for 7:30pm. Some fussing between 8 and 9pm. I'm zonked before 10pm, downstairs.

Wednesday: Awake 4am for cries, they're in the steam room. Manage to get Alexandra back to sleep, downstairs before 5am... never quite asleep after that, and up at 6:30am. With little one for half an hour shortly before 7:15am. Standard school with math help at lunch. Home with little one for another half hour until 5:15pm, outing with her for burgers (high chair pic), home again 6:30pm, bedtime routine. Very restless between 8pm and 9:30pm though. Downstairs by 10pm.

Thursday: Dreamt I was doing online reviews, had Linkara as a plot guest (I have a submarine whereas he has the spaceship). Woke after six hours - I think I'm finally fully sick with flu. With Alexandra briefly from 7am, breakfast, then they're off to the doctor's and I'm off to school. Math help at lunch and an on call and Seussical after, so no real break from 8am to 6pm. With Alexandra for a bit after 6pm (she's 6.7 kg now and no medical problem), then bedtime routine. Fine in crib until after 9pm. Downstairs 10:30pm.

Friday: Upstairs 12:30am for cries, then downstairs, then back up shortly thereafter. Into steam room, but then also needs a change. Asleep by 1:30am, I'm awake, do grading. Try to sleep about 3:30am, get almost three more hours - Alexandra in crib to after 5:30am, so wow. With her for half an hour, shovel snow, breakfast, to school. Which includes anime club, and after school 3U data finalizing plus Seussical. Home for 6pm, with Alexandra for half an hour, then the routine. Stayed asleep from before 8pm, so downstairs after 10pm.

Saturday: Upstairs 1am for an hour with near constant crying (in and out of "sauna") - until big spit-up at 2am! Soothed back to sleep by 3am, than I managed sleep to 7am, so over five hours total. Breakfast, then to school for just after 9am for Seussical (including Xmas tree wrangling). And apparently the students like when I do applause. Back home after 5pm, little one very excited to see me. Played for 45 minutes, including Alexandra's own peek-a-boo where she hides her face in the curtains then looks towards Mommy. Fun laughs. Tried a 360 water cup with dinner, and new submarine bath toy after. Asleep after 7pm. Restless after 7:30pm and an hour later needs 45 minutes including some sauna. Mom takes over. Downstairs by 10:30pm.

FROM 2017:
-Dealt with smoke detectors, conference organizing and posting T&T to RRL.
FROM 2018:
-24 total hours of "Phantom", Tylenol for arm and student absence issues.

UPCOMING FOR SURE:
-Hockey game. Show run for Seuss.

REGULAR TO-DO LIST:
-Recap for CanCon 2018
-Write a TANDQ article on Polling and Bias
-Write a post about types of praise/encouragement
-Catching up with web serials/comics (from ~May 2018)
-Read some of the books sitting at my desk