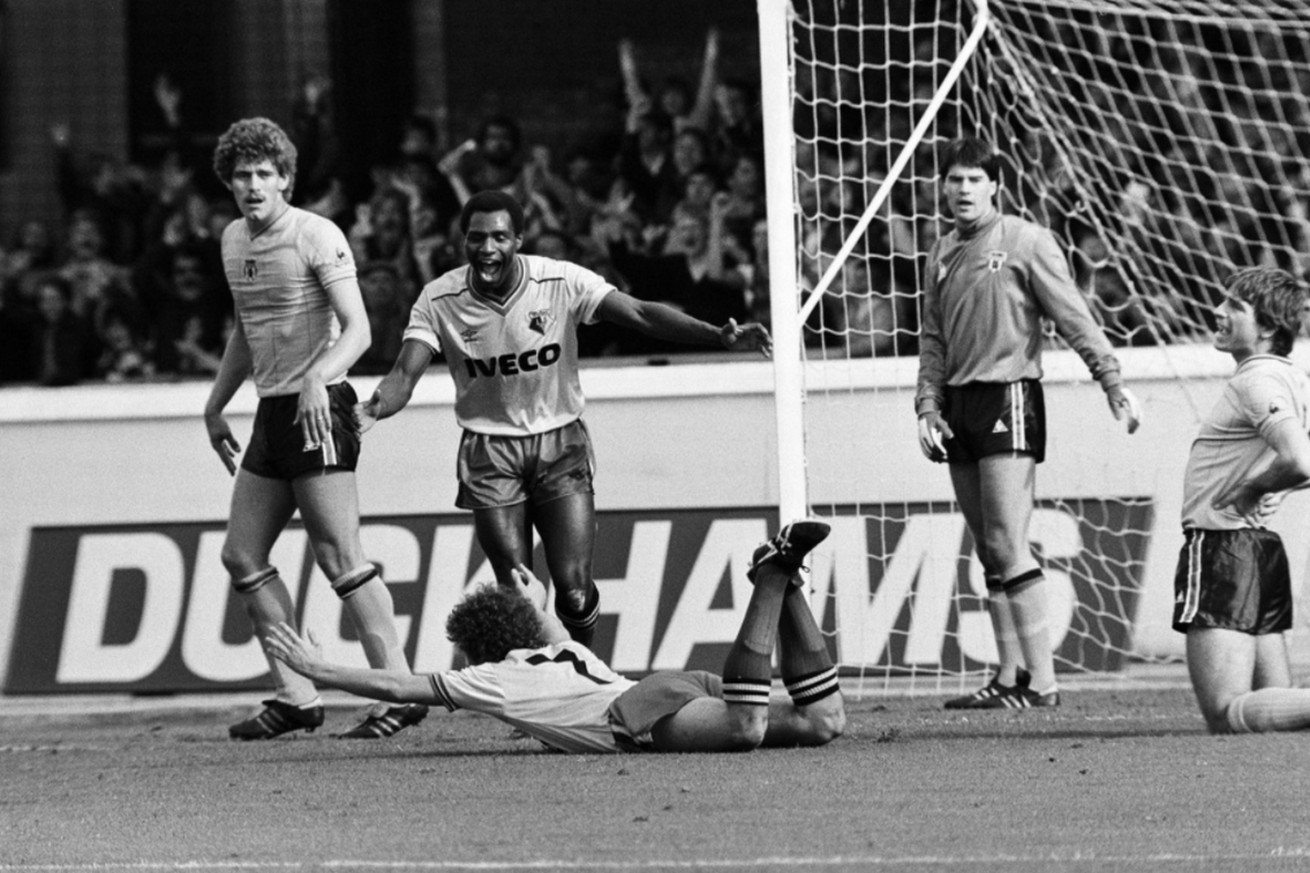 ON THIS DAY (1982): After three straight defeats Alan Durban’s Sunderland were looking to get back on track but Division One new boys Watford had other ideas!

After a win at Roker Park against Manchester City on the final day of the 1981-82 season that would eventually keep Sunderland in the First Division, Alan Durban was hoping for better things from the 1982-83 season.

Although only Ian Atkins was added to the squad in the summer involving a swap deal plus an £80,000 fee from Shrewsbury Town, Durban’s young squad was a year older and a year wiser. Players such as Barry Venison, Colin West and Nick Pickering had all made their debuts during the previous season as Sunderland, despite occupying a place in the relegation zone for most of April, defied the odds to beat the drop.

The fixture list for the 1982-83 season wasn’t kind to Alan Durban and Sunderland as they gave Sunderland an opening day away fixture to the European Cup holders Aston Villa. Despite going behind to a Gordon Cowans goal early on at Villa Park, Sunderland rallied with three goals in the last half an hour of the game to win 3-1 with Colin West, Ally McCoist and Nick Pickering on the scoresheet for Sunderland.

A draw at home to Notts County was then backed up by a 1-0 win at Roker against John Lyall’s West Ham United courtesy of a Gary Rowell goal, as Sunderland sat a lofty fourth in the First Division after three games.

In true Sunderland fashion, three straight defeats in eleven days against Coventry City, Brighton and Hove Albion and Tottenham Hotspur would be more than enough to dampen the spirits of the Roker faithful, and Northern Irish international full back Jimmy Nicholl had been signed to strengthen the defence.

Alan Durban’s mission to get our season back on track by avoiding a fourth defeat in a row wasn’t going to be easy, despite the fact our next opponents Watford had just come up from the Second Division having finished runners-up to Luton Town.

Graham Taylor’s side had won four out of six so far, and boasted a forward line including the likes of John Barnes and Luther Blissett that had catapulted Watford up to third in Division One behind Manchester United and Liverpool.

With new signing Nicholl lining up in midfield, the first ten minutes of the game at Vicarage Park saw Ally McCoist, who was Sunderland’s record signing after moving south of the border from St Johnstone in August 1981 for £355,000, missing two gilt-edged chances, which would ultimately set the tone for the afternoon.

As 16,744 watched from the stands, Nigel Callaghan (who, while at Baldock Town later in his career, alerted Watford to the potential of a certain K. Phillips) opened the scoring on twelve minutes and would double his and Watford’s tally ten minutes later with a second.

Three minutes later the home side were making it look easy when a long ball over the top sent Luther Blissett in on goal, and he proceeded unchallenged to slot past the despairing Chris Turner.

Ross Jenkins made it four before the break and just before the hour Luther Blissett made it five with a thunderous header from six yards out. Jenkins would go on to complete his brace moving into the last quarter of the game, and in the last five minutes Blissett completed the scoring making it four for the England international and a final score of 8-0 to Watford.

The following week the Sunderland fans would make their feelings clear when only 13,144 were in attendance for our next game at Roker Park against Norwich City. Clearly looking to make amends, Alan Durban’s side bounced back in style winning 4-1 against a Norwich City side that included future Sunderland player Keith Bertschin and future manager Martin O’Neill.

Sunderland would finish a respectable 15th in Division One at the end of the season as Graham Taylor’s newly promoted Watford side took the top flight by storm as they finished runners-up to Liverpool.