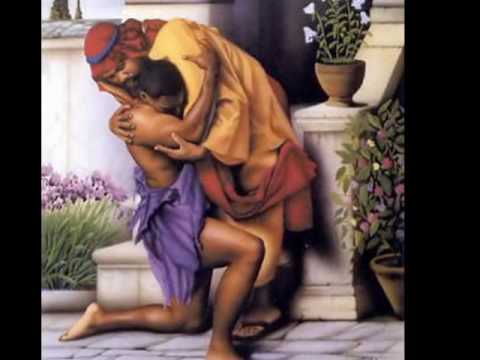 Three Hard Sayings of the Lord That Irritate Modern Sensibilities

The Gospel for today’s Mass (Tuesday of the 12th Week of the Year) features three hard sayings of the Lord’s. They are difficult for us moderns to hear because they offend against modern sensibilities; we are easily taken aback by their abruptness. Here are the first two “offensive” sayings:

or throw your pearls before swine, lest they trample them underfoot, and turn and tear you to pieces (Mt 7:6).

This offends against modern notion that you’re not supposed to call people ugly names. This idea, though not wrong in itself, has been applied excessively in our times. We live in thin-skinned times, times of fragile egos. People today easily offended; the merest slight is often met with the threat of a lawsuit. Even observations intended to be humorous are labeled hurtful and out-of-line. But horror of horrors, here we have Jesus calling certain (unnamed) people “dogs” and “swine”; we demand an explanation for such horrible words coming forth from the mouth of the sinless Lord Jesus!

Sophistication is needed. One of the reasons we are so easily offended today is, frankly, that we lack sophistication. We seem to have lost understanding of simile and metaphor.

Metaphors and similes are figures of speech; they achieve their effect through association, comparison, and resemblance. They can highlight hidden similarities between two different things.

A simile directly compares two different things and normally includes words such as “like,” “as,” or their equivalent. Similes are comparisons like this one: “He is as swift as a cheetah.”

Some references say that similes are just a specific subset of metaphors, while others say that metaphors cannot use the words “like” or “as.” But in either case, here is an example of a metaphor that is not a simile: “He’s a real workhorse.” Metaphors (that are not similes) are usually more effective (and subtle) than similes because the basis for comparison is often ambiguous. For example, if I were to observe someone doing something cruel I might say, “He’s a dog.” Now obviously I don’t think that he is actually a dog. Rather, I mean that he is manifesting some of the qualities of a dog. However, which quality or qualities he shares with an actual dog is left open to interpretation.

The point is that as we negotiate life, some sophistication is needed as is some appreciation for the nuances of language. We seem to have lost some of this today and therefore are easily offended.

This does not mean that no one ever intends offense; it only means that more care is necessary in interpretation. In my example, the man acting cruelly would likely take offense at my words and respond, “Hey, he called me a dog!” But again what I meant was that he is exhibiting some of the qualities of a dog. Now to what extent I meant that he is like a dog is intentionally ambiguous; it’s an invitation for him to think about how he may have surrendered some of his humanity and become more like a baser creature.

Examining what the Lord says – This sort of sophistication is necessary when examining the Lord’s “offensive” sayings. Let’s look at both of them in terms of their historical roots and in terms of the lesson being taught.

Obviously the Jewish people were not pointing out positive traits when they referred to people as dogs or swine. In the ancient world, dogs were not pets; they were wild animals that ran in packs. Pigs were unclean and something that no Jew would ever touch, let alone eat. These are strong metaphors indicating significant aversion to some aspect of the person.

Do not give what is holy to dogs. This was a Jewish saying rooted in tradition. Some of the meat that was sacrificed to God in the Temple could be eaten by humans (especially the Levites), but in no way was it ever to be thrown to dogs or other animals to eat. If it was not consumed by humans, then it was to be burned. Sanctified meat was not to be thrown to dogs because it was holy.

So what is being said? Sacred things, sacred matters, and participation in sacred matters should not be readily offered to those who are incapable of appreciating them. There are those who despise what we call holy. There is little that can be done in such cases except to deny them the pleasure of tearing apart or trampling underfoot what is holy. Jesus is saying that some people are like dogs, who would irreverently tear apart blessed food dedicated to God, having no concept of its holiness. Some people are like swine, who would trample underfoot anything that they could not eat or use for their pleasure.

There are also some who, though not hostile, are ignorant of sacred realities for some reason. Even if they do not intend offense, they must be instructed before being admitted to sacred rites. In the Western Rite, for example, children are not given the Holy Eucharist until they can distinguish it from ordinary food. In addition, more advanced spiritual notions such as contemplative prayer are often not appreciated unless one has been led in stages.

The Lord is thus indicating that holy things are to be shared in appropriate ways with those who are capable of appreciating them. It is usually necessary to be led into the holy; one doesn’t just walk in unprepared or unappreciative.

A third hard saying of the Lord’s destroys a notion that is, to most moderns, practically a dogma: that just about everyone is going to Heaven. It is one of the most damaging ideas in modern times because it removes the necessary sense of urgency in earnestly seeking our salvation, in staying on the narrow road that leads to salvation. In direct opposition to this destructive and presumptuous notion of practically universal salvation Jesus says,

Pay close attention to the word “few.” We need to be sober and come to the biblical understanding that our salvation must be earnestly desired and sought. God’s love for us is not lacking, but our love for Him often is. In contrast, Jesus says that “many” are on a path of indifference or outright rejection of the Kingdom, which leads to destruction.

The Kingdom of God is not some abstraction. It’s not a golf course or a playground up in the sky. The Kingdom of God is the full realization of God’s will and His plan. It includes values like justice, mercy, kindness, chastity, and love of God and neighbor. It is clear that many (to quote Jesus) live in opposition or indifference to these values, while only a few (to quote Jesus) come to appreciate and are willing to receive them into their life wholeheartedly.

Yes, this is a hard saying. Many are on the path to destruction while only a few are on the road to salvation. The Lord is telling us the truth—not in order to panic us, but to jolt us into earnestly desiring our own salvation and seeking it from Him with devotion. It is also to make us sober about the condition of others. We must stop making light of sin and indifference; we must work urgently to evangelize and to call sinners to repentance.

We need to realize that our tendency is to turn away from God. There is a great drama to our lives: we are either on one road or the other; no third way is given. It is not a popular teaching to be sure. It offends against modern sensibilities. But it is true; Jesus says it to us in love.

The post Three Hard Sayings of the Lord That Irritate Modern Sensibilities appeared first on Community in Mission.

Three Hard Sayings of the Lord That Irritate Modern Sensibilities