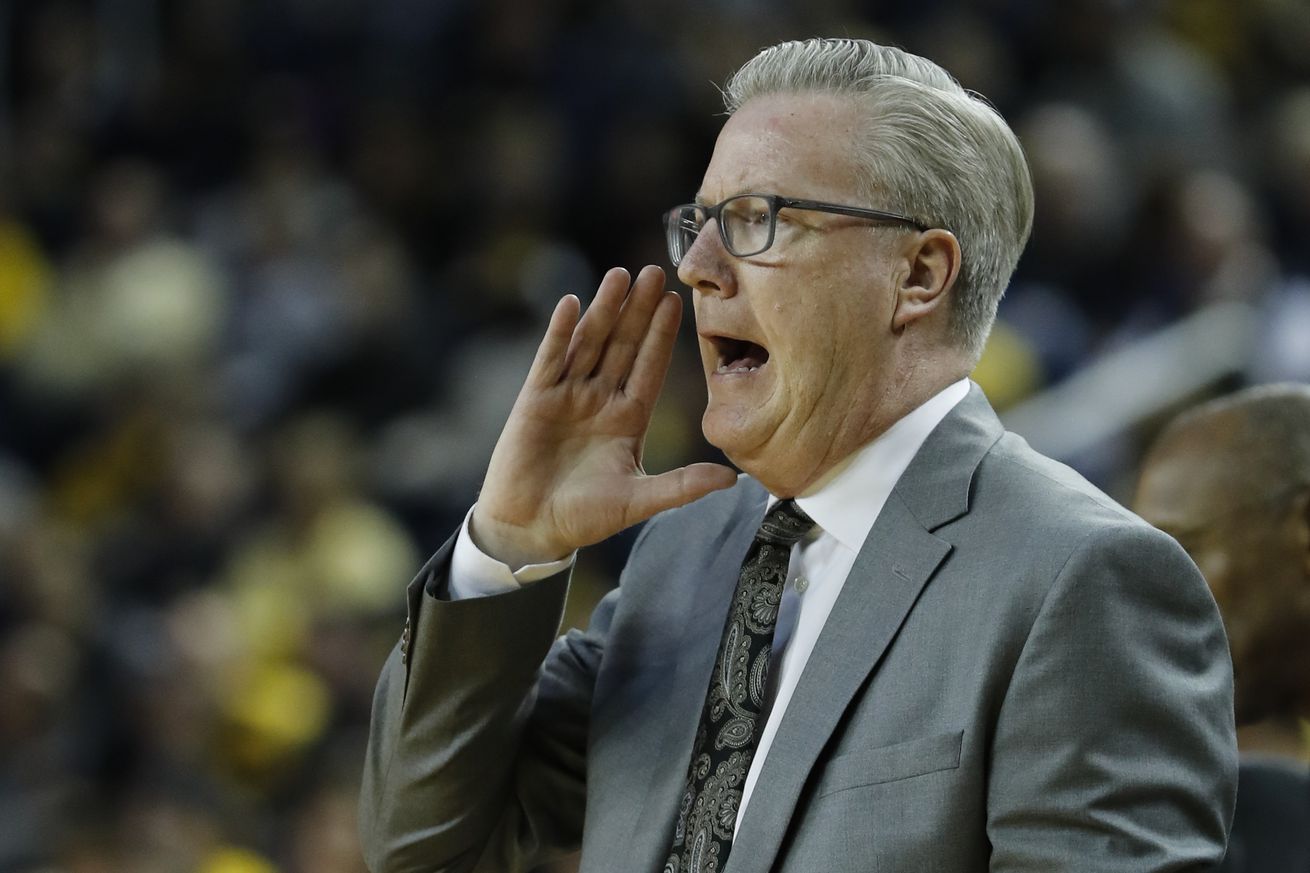 Plus: Ranked Iowa plays ranked Penn State at the Palestra, an incredibly confusing sentence that we’ll need to work through as a group.

Holy moly, hoops are back. When last we spoke, Northwestern was going to handle Hartford and Ohio State expected to earn a tough NCAA Tournament resume-building win over West-by-God. I’m sure both those things happened. Now that Big Ten play is resuming, shall we see what’s up?

Boilerman31: Back to B1G play. Matt Haarms and company will look to exact some revenge for the Gophers costing the Boilers an outright regular season title last year. This is another game where Purdue will have to figure out how to work through Haarms and Trevion Williams to open things up for Aaron Wheeler, Jahaad Proctor, and Sasha Stefanovic on the perimeter. Seeing that this game is in Mackey, I feel good about it.

WhiteSpeedReceiver: We don’t usually win at Mackey, so I don’t have high expectations. I’m sure Daniel Oturu will be in foul trouble from the start for...reasons.

Andrew Kraszewski: The easy story in this matchup is the presumed return of Cassius Winston, and whether he can settle the score after a horrendous game against Illinois last year. He and a just-returned Rocket Watts feel like the key players against Illinois’ intense ball pressure, but given Kofi Cockburn’s emergence alongside Bezhanishvili, MSU’s bigs will be tested as well.

Thump (pre-recorded): We’ll play like shit in the first half, unable to stop them from finishing at the rim, unable to find an open shot and you’ll be able to see that it’s really frustrating. Trailing big at halftime, we’ll fight back playing tough defense and heating up from deep. Incredibly, we’ll have the ball in a one-possession game at some point in the last 8 minutes. But then someone will do a really dumb basketball play to completely blow it at the end and it will have been for nothing. This is Brad Underwood’s identity. This is what we do.

MC ClapYoHandz: I’ll be covering my eyes well before tipoff.

Jesse Collins: I’ve watched exactly zero minutes of Rutgers basketball this season but by all accounts they are decent? Maybe not NCAA tournament locks decent but bubble team who can mess with anyone. Nebraska has played up or down to competition as of late so who knows what happens this weekend. If the winter break doldrums can be shaken and a little PBA magic comes around, we got a chance. Most likely Nebraska drops another game.

Candystripes: Indiana-Maryland seems like a battle of two teams who will do everything they can to give the game away, until one of them finally succeeds in the end. Given that this game is at Maryland, I fear IU may be the “winner” of that battle, but I also don’t want to count out the ability of Mark Turgeon to pull defeat from the jaws of victory.

DJ Carver: Candy summarized how the game will go perfectly.

Stewmonkey13: A ranked matchup of Iowa and Penn State?!? 2020 is off to a weird start. In a twist this game is taking place at the Palestra in Philly, which is where Fran played in his White Magic days for Penn.

As for the game itself, I think PSU probably has the advantage. Iowa doesn’t have anyone who can really take on Lamar Stevens, though I suspect Connor McCaffery will get that arduous task. The biggest matchup will be between Mike Watkins and Luka Garza in the post. Garza has had issues with more athletic post players in the past, but he’s also been unstoppable on the offensive side so far this season, so it probably comes down to whoever can get the other into more foul trouble.

If Iowa can do that, limit turnovers (a troubling trend without Jordan Bohannon), shoot decently from deep, then they’ll win. But I suspect Iowa is going to have trouble stopping PSU’s offense, and will turnover the ball 15+ times on the way to a frustrating loss.

MNW: Ah, great. Nothing like a matchup that I definitely have little reason to not go see in person, and yet one that I want to go nowhere near.

Northwestern ended its non-conference slate by losing, at home, on a last-second layup to the Hartford Hawks, taking on the ignominious distinction of losing over 50% of its buy games. The ‘Cats will get, on a given night, a 20-point game from anyone, from Boo Buie to Miller Kopp to Ryan Young to Pete Nance to Pat Spencer. The problem? On a given night that one of them does that, everyone else doesn’t do shit.

So that’ll continue against Minnesota, ho hum, whatever. The Gophers contest shots well inside the arc, and Northwestern’s typical answer to that is a lot of forced and contested threes, so unless the Scorer of the Night is Buie or Kopp, it ain’t gonna end well. Pack in the lane (play a zone, just like you had to do against fucking Hartford), force the Gophers to shoot outside, use Jared Jones against the athleticism of Oturu, and see if we can fire-drill together a competent 59-52 win that would make Bill Carmody proud.

WSR: Wait. Shit. We have to play Northwestern too? Aw hell.

When you play against a crap team that packs it in, the Gophers will need Gabe Kalscheur, Marcus Carr, and Payton Willis to be hitting on 3s. That’s it. Make shots, beat Cats.

Thump: We’ll play like shit in the first half, unable to stop them from finishing at the rim, unable to find an open shot and you’ll be able to see that it’s really frustrating. Trailing big at halftime, we’ll fight back playing tough defense and heating up from deep. Incredibly, we’ll have the ball in a one-possession game at some point in the last 8 minutes. But then someone will do a really dumb basketball play to completely blow it at the end and it will have been for nothing. This is Brad Underwood’s identity. This is what we do.

Here’s your basketball weekend open thread. Do whatever it is you do. Behave.