Update #2. Adam Ali has responded to some of LaToya Ali’s allegations. Specifically, he denies both her claims of domestic violence and rape. He also talks about her cheating as well. See the clip below.

She shared a video that explained her side of why they’re getting divorced. In clips she said,

“Every time I would try to leave, he would always scare me into staying. ‘Look what we’ve built together, we have these beautiful children, our fans look up to us.'”

She also opened up about an instance where he allegedly physically abused her.

“He turned on the light and he grabbed my legs and pulled me, like drug me off the bed. He picked me up, shoved me against the wall, and he started to like, choke me.”

She said he once put a restraining order against her that forced her to leave the home because he was “fearful for his life.”

She confessed that she put a GPS tracker on his car to know where he was, hoping she could use something against him in court. She admitted to cheating on him as well.

She also posted screenshots of text messages that appear to be from him.

“U better be very careful. I defended you on this video that’s coming out. Don’t forget you’re doing things. You won’t recover if I really say what happens.”

Adam Ali, who shares three children with LaToya Ali, follows up with accusations against her.

“Remember I have you attacking me for twenty mins… You will lose RHOA 100%%… Let us not forget what transpired in the church too. Youre [sic] ruth is delusional and a lie. Ya lack the ability to take any ownership. Just running around. I’ll simply follow up and put it to rest. I overly defended you in this video coming out but talk your s***” 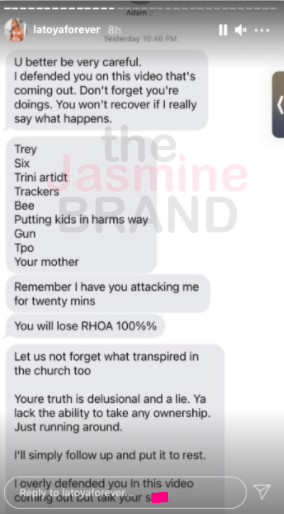 “You’re looking for validation when you should be living your honest life. You can’t even do that. It’s sad as f***! Getting yourself a Rollie and then attributing it to him. Save the lie cause I’ll just expose it if need be. Watch the interview goofy. U can’t dead anything Cause you’re in a delusional LIE.”

“Go ahead and Drop the video. Mad cause I did a soft a** interview when y’all stay paper cutting me and talking s***.”

He appears to reference her trainer and rumored boyfriend Von Rhé.

“Dude don’t even know me and been talking s***. F*** him and tell him to come outside. Expose his skeletons too. My follow up video will be the creme.” 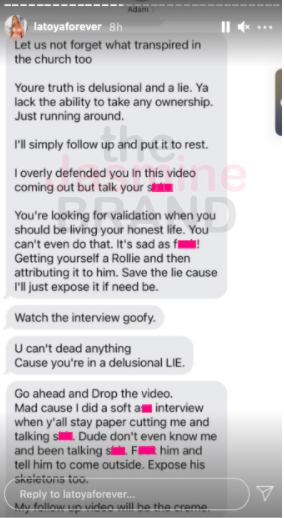 LaToya Ali then accuses him of hacking into her YouTube account and deleting her video on their divorce. 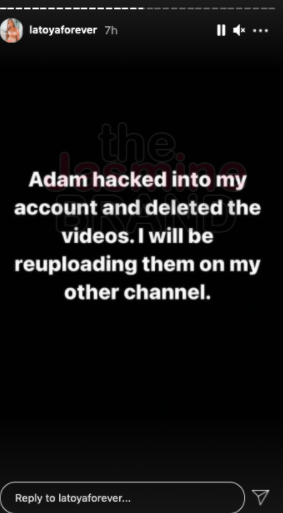 She later uploaded it to the YouTube channel she shares with Von Rhé.

She ended by accusing Adam Ali of sharing a private video of her that sparked accusations she’s a colorist. She also said he hacked into her social accounts and cell phone, allegedly recording her private conversations. 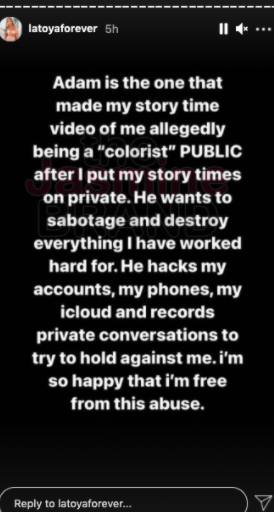 In the video, LaToya Ali said of a former friend:

“This girl is super ghetto. She has huge Donkey Kong lips. Y’all just close your eyes. Just Imagine a face with two pillowcases as lips. Now open your eyes. She wore single braids and every time she would swing her hair, a braid would fall out. You see that braid that’s just lingering around in your neighborhood, yea it’s probably hers.”

Adam Ali responded on his own Instagram stories, claiming she was upset because he rejected her advances. He vowed to address her accusations in a live stream. 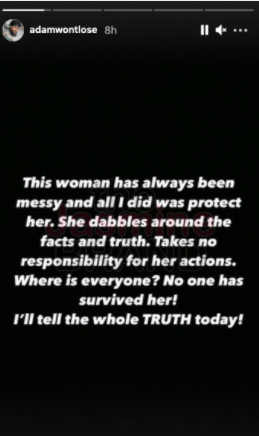 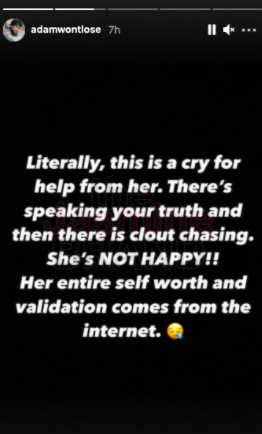 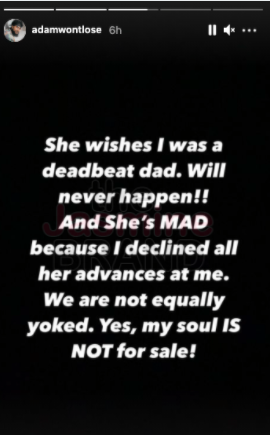 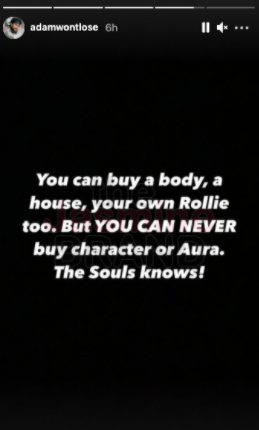 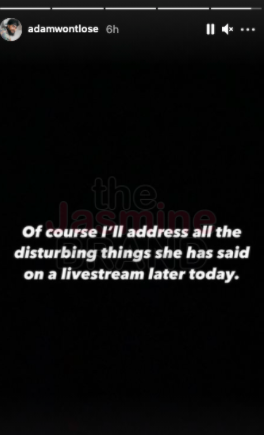 What are your thoughts on the drama between LaToya Ali and Adam Ali? Comment and let us know.