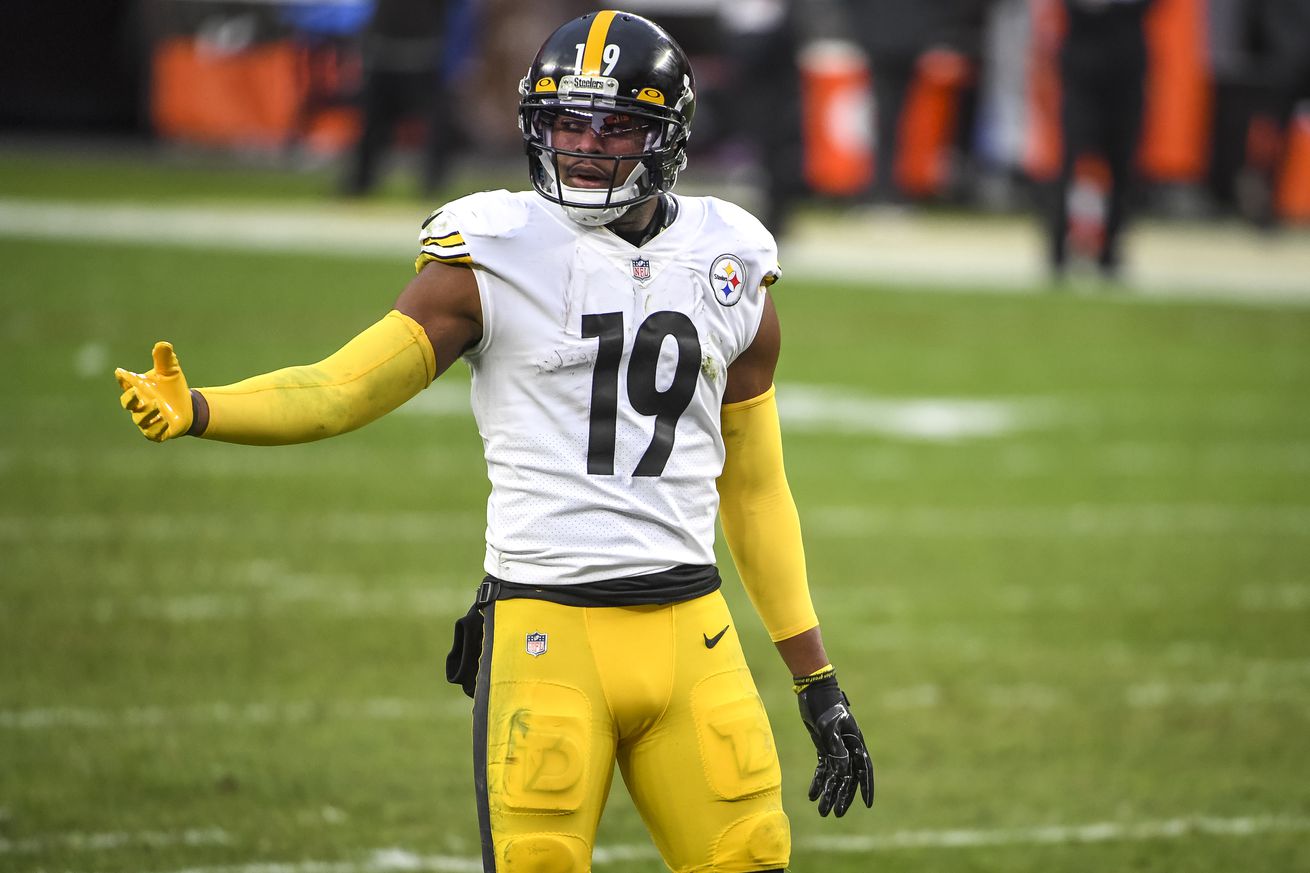 Only a portion of Smith-Schuster’s $8 million contract will count towards the 2021 salary cap.

The Pittsburgh Steelers were able to keep wide receiver JuJu Smith-Schuster for the 2021 season when he decided to stay home for less money on a one-year deal.

Not only did Steelers make out well by having to pay less for Smith-Schuster, they once again used void years in the contract in order to keep his 2021 salary cap hit as minimal as possible. This per ESPN’s Field Yates:

Pittsburgh pushes more money into future years to squeeze him in under the cap.

Once taking into account roster displacement, Smith-Schuster is only adding $1.74 million to the Steelers salary cap at this time.

This is the third time this offseason the Steelers have used void years in a contract. The Steelers used them for the first time with Ben Roethlisberger in order to reduce his $19 million salary cap hit, which was already on top of a $22.25 million dead money hit, as much as possible to where his contract counts just under $26 million in 2021. The Steelers also used void years in a contract with Cameron Sutton in order to keep his 2021 salary cap number down to $1.7 million.

With reports of the Steelers looking to either trade or release Steven Nelson, it seems the Steelers will be looking to add more players as they could save $8.25 million before displacement towards the salary cap. Coupling this possible move with minimal salary cap numbers of recent signings, the Steelers may have some room for business if they so choose.

Of course, the Steelers will need plenty of other salary cap space later on in the offseason when it comes to signing their draft picks, and setting their roster in September. For now, the Steelers have managed to keep Smith-Schuster for one more year without killing the 2021 salary cap.

Stay turned to Behind The Steel Curtain for breaking news, player updates, contract statuses, and all things Pittsburgh Steelers.