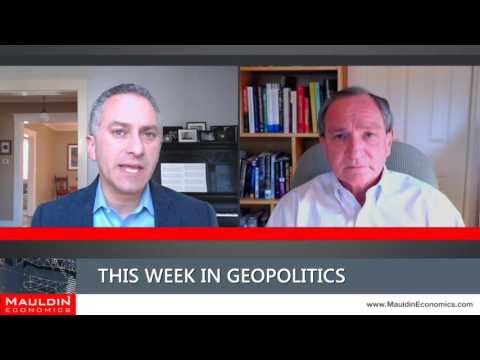 Writing in Foreign Policy, three distinguished members of the foreign policy establishment—Hal Brands of Johns Hopkins, Steven Cook of the Council on Foreign Relations, and Ken Pollack of the American Enterprise Institute—have issued a warning: Don’t look now, but President Trump appears intent on repudiating the Carter Doctrine. If he does, all the great successes achieved by U.S. policy in the Persian Gulf over the past several decades will be lost. This, they want you to believe, would be a terrible thing.

There is only one problem, designating US produced "doctrines" by the names of US Presidents with which one or another "doctrine" originated--it is the same as designating rigid and inflexible US military "doctrines" of expeditionary warfare following throwing an ungodly number of stand-off weapons at a victim with different titles ranging from "From The Sea" to "Air Sea Battle" to whatever else. In other words it is "Same Shit-Different Angle". The only noticeable correction of the course in the US doctrinal thinking happened in early 1970s with Nixon's (forced, mind you) Detente with the Soviet Union and with eventual "opening" of China, which, as we all know today, ended up with the greatest transfer of industries from the United States to other country in history. So, discussing US foreign policy "doctrines", especially by ignoring huge political inputs (in favors, dollars, blackmail or exploitation of Christian Zionism of many in US power circles) by such actors as Israel and Saudi Arabia is a fool's errand.
I do not believe that Bacevich doesn't know that. I am positive he does. Yet, as in that process of running in circles, everything ends up with discussing a minutiae of American neocons' flaming insanity and utter military incompetence and trying to pigeonhole it into one or another US geopolitical delusion, which, for some reason, pass for "doctrines" . I looked up biographies of people whose "ideas" Bacevich discusses and concludes that:

Brands, Cook, and Pollack correctly note that various initiatives undertaken under the aegis of the Carter Doctrine have ultimately redounded to the benefit of the Islamic Republic of Iran. But if Iran is a problem, they have a solution. Kick some ass.

I don't know, last time I checked if any ass kicking was happening it was definitely not by the United States. Among those three stooges who abuse their sinecures in all those rabidly neocon "think-tanks: such as American Enterprise Institute, or CFR, only Pollack has some "intelligence" background as former CIA "analysts" with degree.... and you guessed it--political "science". Pollack is known for his active calls to invade Iraq and even wrote grossly untimely book on Arabs' military effectiveness, or, rather lack thereof. Untimely, because this issue was debated so much in the last 50 years, from Soviet military advisors to all kinds of "Strategic Studies"  courses in the Wests, to famous  Atkine's primer Why Arabs Lose Wars that, after brief acquaintance with Pollack's 2018 book about Arab military history from 1948 to 1991 one is forced to ask a question--Why? What's the purpose of re-narrating same ol', same ol'? But, my friends, this is the current level of the American or, rather, neocon "Strategic Studies". 1991 is also a cut out date for the last noticeable victory of the US Armed Forces against what was, as usual falsely, touted as the "fourth largest army in the word", implying that it was powerful, while in reality it was a backward, badly led, typical third world military.
Numbers provide a good foundation, albeit by far not all of it, of viewing modern war. In this case, Bacevich fails to disclose the real meaning of the "kicking some ass", Iranian ass that is, since this is the heart of the matter. The issue is not that impossibility of kicking some ass without receiving a lot of it back was discussed, by me included, on a number of occasions. I would love to see ass-kicking plan developed by those three--no secrets--just general idea of this plan, required forces, logistics, general strategy, operational tempos etc. Why not, I am sure these three stooges can provide a fascination expose of utter military strategic and operational ignorance and will cause many laughs along the way. Reason being that these people do not grasp modern warfare beyond experiences of massive salvos of stand-off weapons in Desert Storm at whatever targets Pentagon may identify and then... Yes, about this "then", I am always in a full attention mode waiting for some magical plan to appear explaining how the United States Armed Forces will fight war in Iran. I am all eyes and ears. But even this is beyond the point--don't expect anything which makes sense geopolitically, militarily or economically. Here is an example of this type of people's "expertise", this is from 2016.
So, Bacevich gets it very wrong, especially when he begins with "distinguished members"--distinguished by who or what, against what background or under what circumstances? If American geopolitical collapse and US being exposed as nothing more than a dangerous declining power--a process which is ongoing since 2000s--are reasons to tout human stupidity and lack of any serious background in achieving any kind of tangible "success" in anything are the reasons to be "distinguished", then--sure. Modern American political and pseudo-intellectual elite, as I stated many times, is staggering in its incompetence matched only by its arrogance--a first sign of lacking serious intellect. The aggressiveness of types like Pollack is dictated by anything but serving true American national interests and by suppressing a horrendous complex of inferiority because they know deep inside that they are losers who have nothing to show for their pseudo "academic" backgrounds and activity which is based around thinking up all kinds of military strategic nonsense. But, sadly, Bacevich doesn't write about this. Even Le Monde--a globalist French rag begins to suspect that:

Western in general, and American in particular, current "elites" are totally inadequate intellectually, academically, humanly and professionally to challenges which their societies face and it is them who, being products of a dysfunctional system, exacerbate already a violent process of a departure of the Western liberalism from the world stage. Having some "distinguished" swamp creatures suggesting to "kick some ass" at this time should be viewed as a distinguished idiocy, not as a valid matter to discuss--unless, of course, we are talking about orderlies in psychiatric ward, where modern American neocons belong wholesale, I mean those who will avoid standing War Crimes Tribunal.
Source: smoothiex12