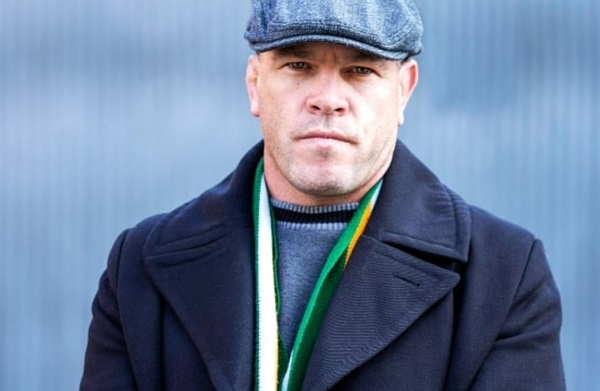 The infamous Westies gang from Hell’s Kitchen, New York, continues to fascinate fans of the true crime genre. Upcoming television series The Flannagans will update this story with a new chapter. Though fictional, some of the men behind the scenes and in front of the camera, do have quite some factual gangland experience. “The cast is the real game changer.”

The driving force behind this new incarnation of The Westies is Jeff Canarsie. “I’m the writer, actor, codirector, producer and script supervisor,” he tells Gangsters Inc. “It’s a lot of work, but you have to be mixed into every single bit to ensure that the product is accurate and entertaining.”

The series takes place in Queens, New York, where the Flannagans, an offshoot of the Westies, have their base of operations. Malcom Flannagan is the last remaining member of the original Westies crew, who survived boss Jimmy Coonan and the indictments and moved out of Hell’s Kitchen to Whitestone, Queens. The crew is 100 percent Irish, but Malcolm’s marriage to the daughter of a Gambino crime family boss offered him a bit of protection to operate his business. However, he finds himself in something of a bind after both his father-in-law and his wife pass away.

“Killing someone has many different variables”

“What makes this show different is reality,” Canarsie explains. “I have gone to great lengths to make sure the dialogue is as crisp and real as it can get. That’s where mob shows get it wrong. They have flimsy dialogue and more monologues than anything. I also think the way we went about this, makes it one of the more realistic mob crews you’re ever gonna see. We had to show inside politics of the mob in a way that was honest and brutal and wasn’t bastardized by Hollywood. Killing someone has many different variables.” 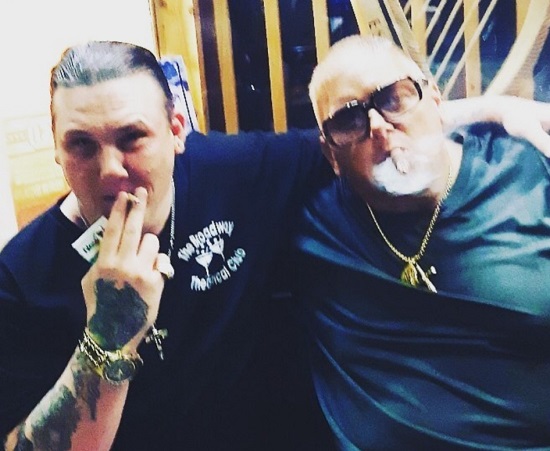 Canarsie adds that when it comes to injecting that realism, “the cast is the real game changer. I brought them in because they have experience. They know “the life”. That is why I specifically said I’m not going the Hollywood route. We all have to look like the real deal, with a past that took place on the streets. You cannot teach criminality to an actor. You gotta bring in the boys and let us be us. That’s how it worked. Art imitating life imitating art.” 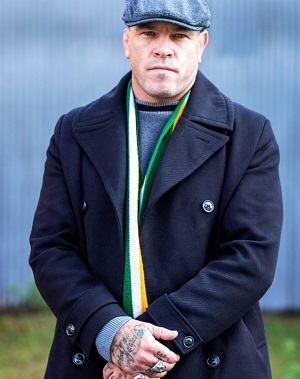 He continues: “I wanted real life guys who have been there before. I’ve been there myself. Christ, I mean the feds tried to come at me with (alleged Philadelphia crime family mobster) Philip Narducci for God’s sakes, whatever allegations people want to make is on them. I brought these guys in first because we are friends. Secondly everyone deserves a chance to get off the streets. The feds make it fucking impossible for anybody to try and make an honest day’s paycheck, so why not give them a shot? Allegations are that. If I listened to all the allegations they make about me, or Chicky, or Brian, Christ! We’d all be on death row.”

Chicky, one of the guys Canarsie is referring to, is David “Chicky” Cecchetelli, who used to be an alleged Genovese crime family associate and did time for bookmaking. “It’s going to be incredible,” he tells us. “Mostly street guys who have done federal of state bids. The lead, Malcolm Flannagan, is played by my longtime friend Brian Hoyle. We did several years together behind bars.”

“Most of the cast has allegedly had experience with “the life” and what this brings is authenticity,” Damien Trites (photo on the right), a professional MMA fighter who plays Tommy Leary, “a ruthless, twisted” hitman, tells us. “Nothing better than guys who know the streets playing men who rule them. This show is special because there is nothing like it.” 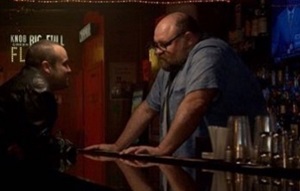 All cast members had to audition for their part in the 13-episode series (photo on the right shows a scene from the show). “There’s an Irish side and an Italian side to the show,” Trites explains. “Obviously, this show focuses on the Irish. The script was written brilliantly by Jeff Canarsie. And he casted people by having people read for the roles. Chicky is on the Italian side of things and he plays a character very close to himself.”

“This show had many different incarnations, and had so many rewrites you wouldn’t believe it,” Canarsie says. “I had been working on different mob ideas, but somewhere inside of me I had an Irish story that was different. Nobody has ever successfully made an Irish crime tv show. I’m Italian and Irish and I know the heritage of both sides and I thought intermixing them and pinning them against one another would be fun to do. I took real life stories and added some things to enhance them and you get something very factually accurate and something visual that nobody has ever seen.”

Above all, the cast members, led by director Adio Ash and his film crew, bonded immediately while spending time together on set. “The stories we shared with each other about prison, crimes and who we knew was something A&E could have filmed in the background and made one hell of a reality show off of,” Canarsie laughs. “These guys are that good. They aren’t acting, they are just being themselves.”