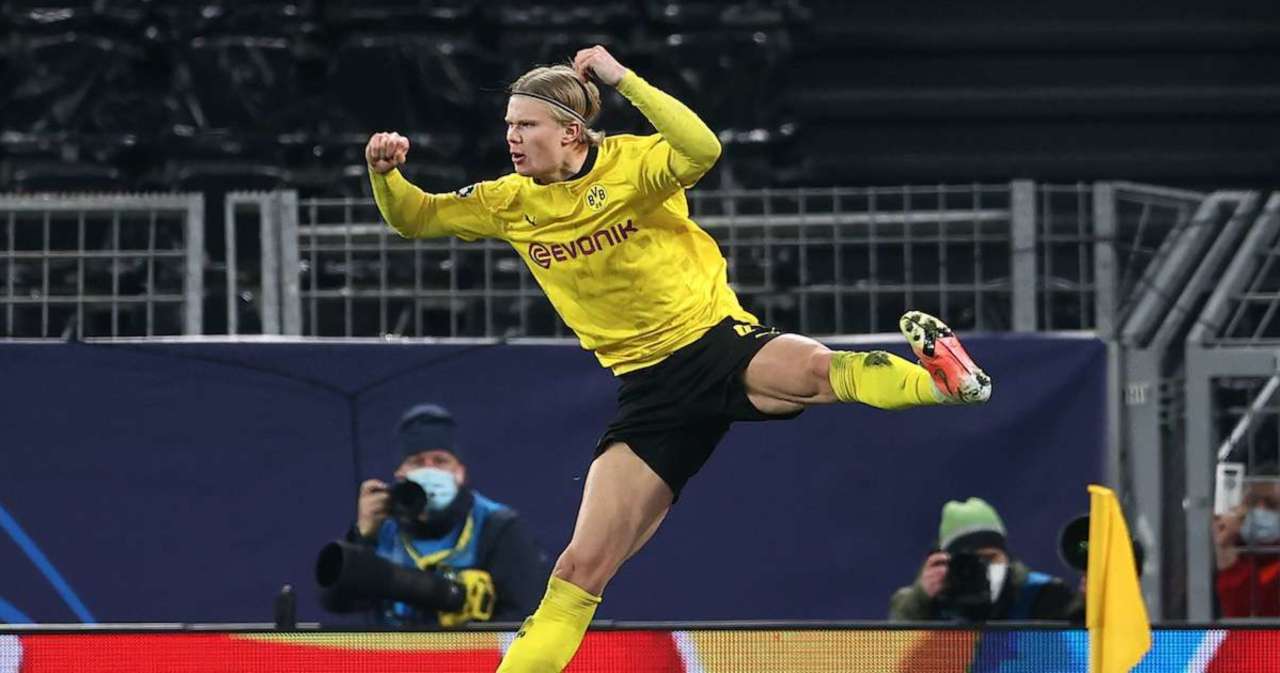 According to UEFA, Haaland achieved the milestone in 10 matches fewer than the next player on the list, Tottenham's Harry Kane. He made his 20th goal in November 2019 during his 24th appearance. Haaland scored his 20th goal in only 14 games. He also became the first player to reach 20 goals before turning 21 years old.

It took Haaland 14 games to score 20 goals in the Champions League.

It took Messi 40 games to score 20 goals in the Champions League.

It took Ronaldo 56 games to score 20 goals in the Champions League. pic.twitter.com/JUcl5aLrh7

"I love the Champions League, and when I saw [Kylian] Mbappe score the hat-trick yesterday, I got free motivation, so thanks to him," Haaland said after the first Sevilla match. "He scored some nice goals and I got a good boost from him."

He also did something that neither Cristiano Ronaldo nor Lionel Messi managed to achieve. Haaland scored his 18th goal in only 13 UCL appearances, while Ronaldo scored zero and Messi only scored three in the same span of time.

? @ErlingHaaland will be among the candidates you can vote for to claim the Player of the Week prize ?#UCLPOTM | #UCL pic.twitter.com/Zc58frQrH4

Haaland started making an impact on the Champions League early and often. He scored eight goals during the 2019 tournament. He added another eight goals in 2020 and has scored four more during the early portions of the 2021 schedule. Now he has an opportunity to continue making an impact now that Dortmund is moving on to the next stage.

With two more goals during the Champions League match against Sevilla, Haaland is making a name as the sport's biggest star. He is well on his way to taking another title from Ronaldo. The Juventus star is the Champions League's all-time leading scorer with 134 goals scored during the tournament. Messi sits in second place with 119. If he remains healthy, Haaland could take the top spot in record time.