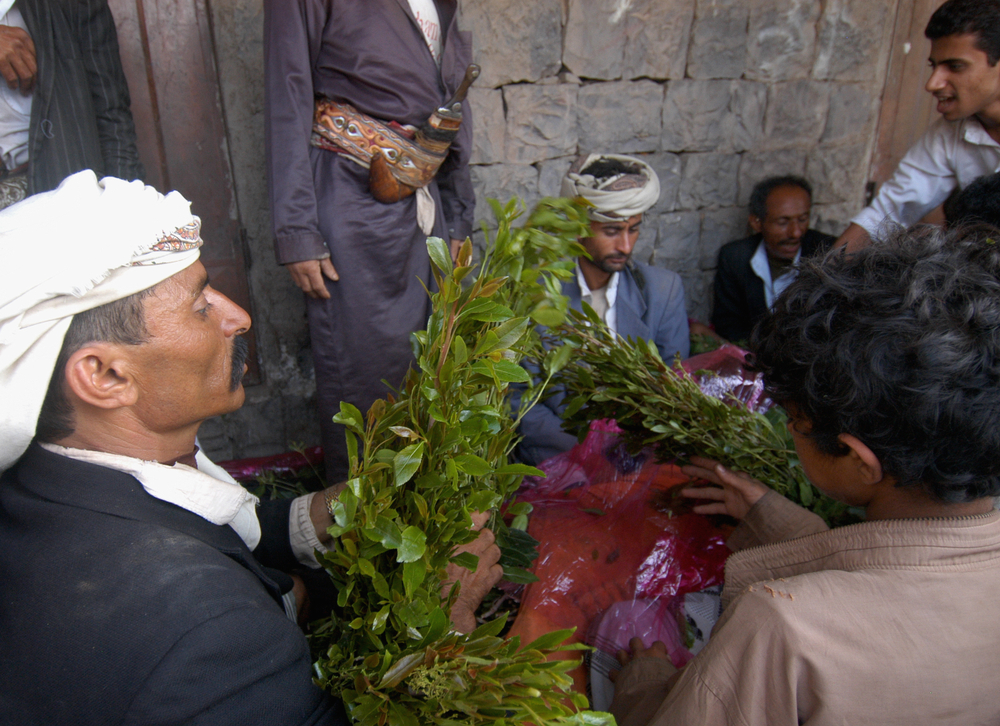 In central Kenya, one crop is taking over. It’s not food, nor fiber, but a mild drug known locally as muguka, and elsewhere as khat.

Reuters reports from Central Kenya that many farmers are switching their crops from maize to a variety of khat. It’s a far more lucrative crop, but local politicians are concerned. What happens when too many farmers switch from corn and rice to a drug somewhere between nicotine and cocaine?

Khat is native to Arabia and the Horn of Africa, a low-growing shrub that can grow in very dry, hot areas. Yemen is the biggest producer; about 40 percent of Yemen’s water supply goes toward khat irrigation. The leaves are harvested and chewed, sometimes with gum or nuts or other food, as a stimulant. It works a bit like very strong coffee, or very very weak cocaine, giving alertness, increased concentration, euphoria, and taking away both appetite and sleepiness.

It’s also wildly popular in some areas, with reports indicating that over 50 percent of Central Kenya’s rural youth chew khat. It’s cheap to purchase, but yields far higher profits than grain, for farmers. The Reuters report found farmers saying their income can be up to five times higher growing khat than maize. That’s led to an influx of cash in counties where khat is grown, but not everyone is thrilled about the change.

Khat is fully legal in Kenya, as it is in much of East Africa, but many countries have banned or restricted its use in some way. In the US, it’s a Schedule I drug, with certain states, like California, explicitly banning it. It’s also illegal in China, France, and the United Kingdom. The World Health Organization classifies it as a “drug of abuse,” though notes that addiction is much less of a risk than with a substance like nicotine.

Local politicians and health advocates are concerned about the long-term effects of a switch to growing khat. Farmers switching to khat often means lower production of the food they were previously growing, which could eventually lead to shortages and price spikes. For now, though, it’s a boon.