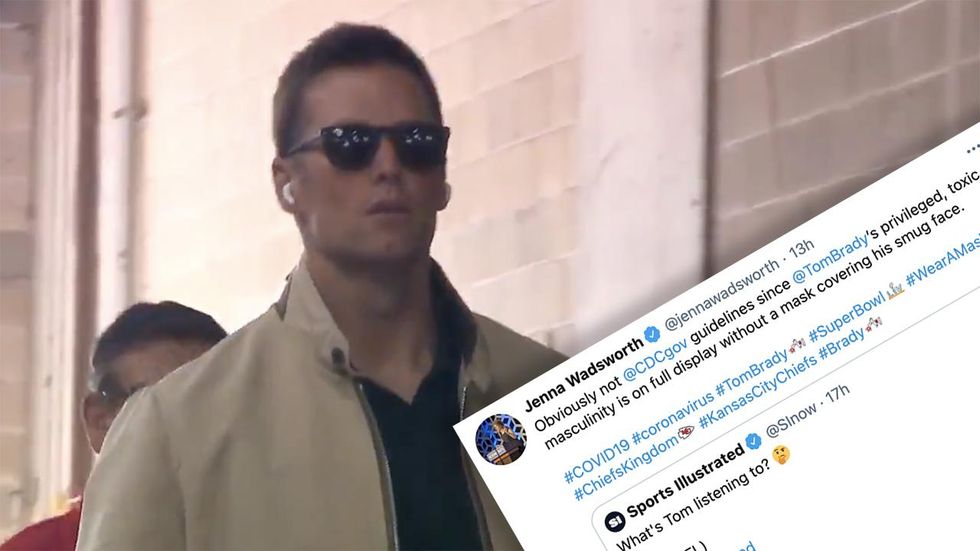 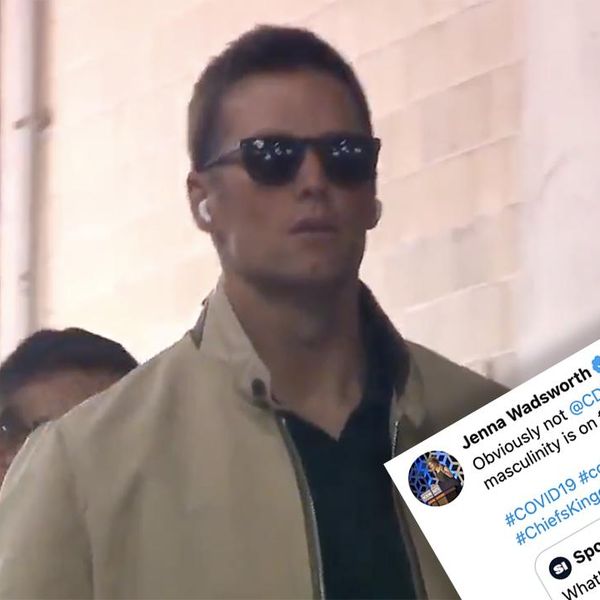 Tom Brady is the greatest of all time. After he won his seventh Super Bowl, even Michael Jordan looks at the GOAT and says, "Game respect game." Then both Jordan and Brady smoke a cigar and laugh about how LeBron James wishes he could be them. I was excited to wake up this morning to people angry that a Donald Trump supporter was allowed to be as dominant as he was on Sunday. Instead, the blue checkmarks were focused on Brady doing the one thing worse than allegedly having a MAGA cap in his locker. He showed up at the stadium without wearing a mask.

Considering everything happening in that stadium I doubt this actually matters but a dude as famous as Tom Brady should just do the right thing and wear a mask. I think I have to turn off this game. It's making me angry. https://t.co/MjPFw6bdqW
— David Kroman (@KromanDavid) February 8, 2021

On a Zoom with 2 friends and we're torn between talking about how good Tom Brady looked walking in and what a a-hole to be the only one without a mask on screen. 😠
— Mandi Bierly (@MandiBierly) February 7, 2021

That must have been one of those Zoom Super Bowl parties that the CDC and Fauci recommended. If the party starts with outrage over a guy making a single decision you disagree with, I'd claim my internet went out. Or put up a carboard cutout to make it appear that my camera froze. That works wonders to get out of work meetings.

Living his best life? Being a rebel? Breathing? The possibilities are endless.

Ah, yes. "Toxic masculinity." Because when you're the greatest of all time AND married to a supermodel, you're worried that randos on the internet may not think you're manly enough. Not to mention, "toxic masculinity" is what people who aren't leftist douche canoes simply call "not being a pus$y."

Should Brady have been following CDC guidelines? I guess. Maybe the strap broke because of how flimsy some of these face coverings are. Maybe he just took a sip out of his Gatorade or whatever energy drink he endorses and forgot to put his mask back on. Maybe he was wearing a mask, but gave it to Gronk who left his back at the hotel. There could be any number of reasons why Brady did not have mask. Other than he just didn't feel like it. Which to most Americans would be an okay excuse.

I'm not say people should go ignoring the CDC all willy-nilly. That would be labeled misinformation, and I would never dream of spreading misinformation. I'm just saying maybe Tom Brady not wearing a mask was simply an accident. And if you are really that upset about it, your three masks might be on too tight.

Mike Rowe: "I Didn't Get Cancelled I Got FIRED" | Louder With Crowder youtu.be

Not subscribed to the podcast? Fix that! It's completely free.