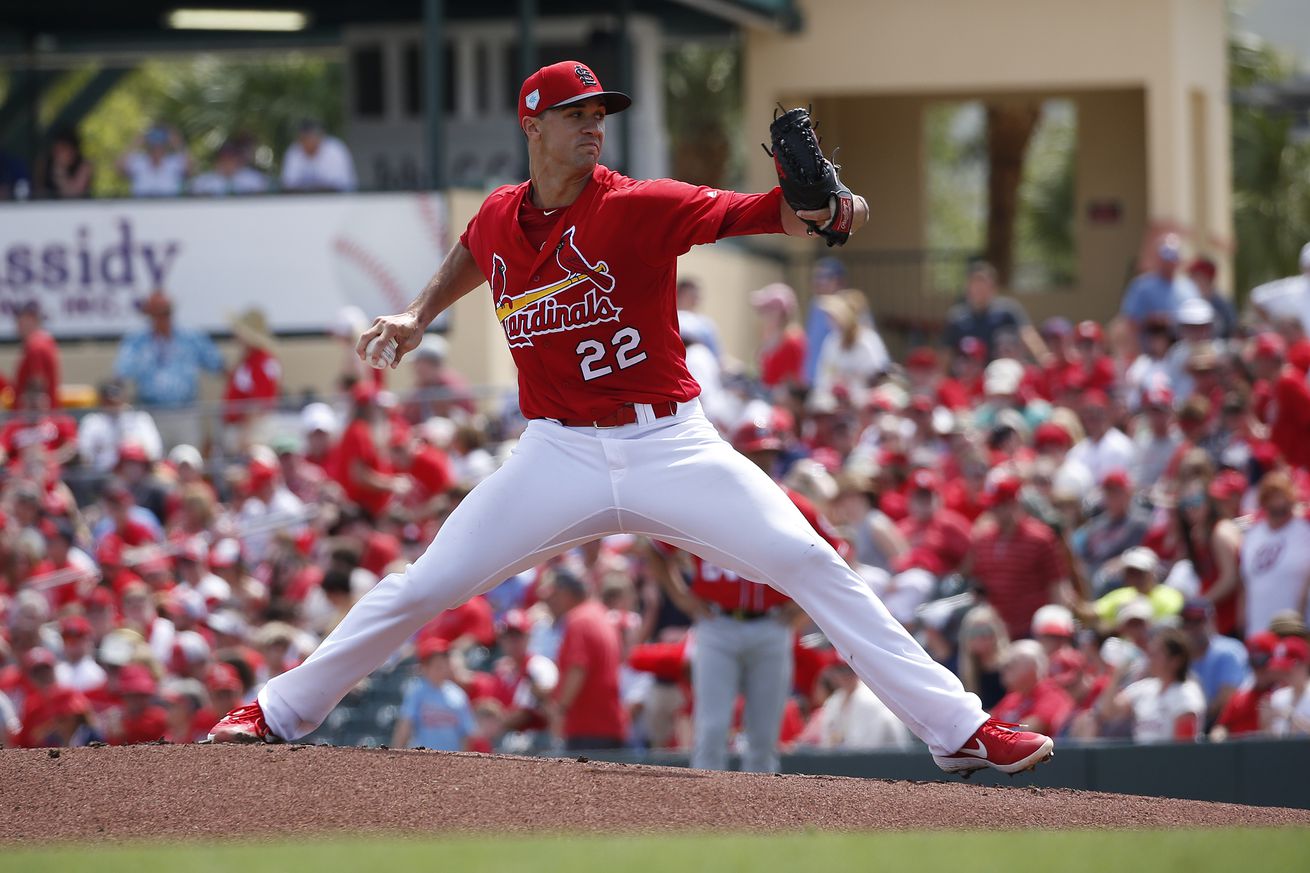 Baseball is Back and You Can Watch!

The Cardinals play the Mets in their first spring game at noon today and there will be much rejoicing.

The St. Louis Cardinals play their first Spring Training game against the New York Mets today, Feb. 22, at Roger Dean Stadium in Jupiter, Florida. The game starts at 12:05 St. Louis time and will be broadcast on Fox Sports Midwest.

Jack Flaherty will kick off the Cardinals’ spring season and is expected to throw two innings. He will be followed by Dakota Hudson (2 innings) and long-missed but never-forgotten Brett Cecil (1 inning).

Kwang-Hyun Kim, the Cardinals’ most significant acquisition in the offseason, is scheduled to make his debut appearance in the 6th. In December, Kim (he prefers KK) signed a 2 year, $8M deal to leave the SK Wyverns of the KBO League and compete with Carlos Martinez for the final spot in the Redbird’s rotation. The recent setback experienced by Miles Mikolas places KK as the clubhouse leader to inherit the final rotation spot, at least through the first month of the season.

The Mets will also throw some pitchers, starting with Marcus Stroman. They’ll probably have some hitters appear, too, in some kind of order. If you care about that kind of thing, first of all, seriously? You care about the opposing team’s Spring Training line-up? Relax, friend! And second of all, you can check out MLB’s game preview page, which will surely update with the information closer to game time.

The Cardinals are carrying a hefty number of arms on their spring roster and the club needs every inning it can gain. There are 32 games scheduled between now and March 23, when the Cardinals will help the Rangers open Globe Life Field.

Here is the Cardinals’ game and broadcast schedule through the rest of February:

Fox Sports Midwest is airing a number of spring contests this season — mostly home games — so if you are like me and are desperate for palm trees, mitt pops, and nameless minor leaguers, you should have your fill.

(Incidentally, did you know that player in the infamous “Minor League Guy” graphic was the late Oscar Taveras?)

What to look for this weekend

If you can’t get excited to watch Jack Flaherty throw after a long and boring winter, then I don’t have anything for you.

Beyond Flaherty, all eyes will be on KK. The Korean pitcher is a complete unknown and the aura of mystery around him adds a little intrigue to this otherwise meaningless game. This will be the club’s first look at KK’s arm against live batters in a competitive environment. I expect more than a few Tweets and blog posts next week breaking down his outing and showcasing his repertoire. (I might even write one!) That should come with a word of caution. It’s the first game of spring. We should not read anything more into KK’s performance than we would Flaherty’s or Wainwrights. I’m curious to see what his pitches look like and if he unleashes his whole repertoire, but tomorrow’s results do not matter very much.

The same is true of Sunday’s match, which includes Carlos Martinez scheduled to throw 2 innings. Martinez did throw 2 or more innings twice last season, but he hasn’t stretched beyond that since July of 2018. Martinez’s ability to remain healthy and in the starting rotation is one of the keys for the Cardinals this season. He bears watching as he slowly ramps up to a starter’s workload.

In truth, there is really only one reason to watch today’s game. It’s the simple pleasure in knowing that baseball is back and we can watch it. If you’re like me, you’ll excitedly turn on FSMW at noon to catch the start of the game and be sound asleep by the middle of the second inning. Enjoy the game! And wake me up when KK takes the mound.

Baseball is Back and You Can Watch!