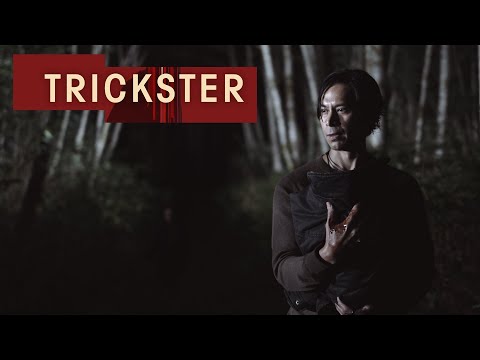 Now, more than ever before, there is both a desire and an imperative for Indigenous stories. Toronto-based filmmaker Michelle Latimer is bringing two such projects to the Toronto International Film Festival this month in the CBC-TV series Trickster, based on the trilogy, by novelist Eden Robinson, and the film The Inconvenient Indian, by Thomas King.

With Trickster, Latimer read the book while at her parents’ home in Thunder Bay, Ont. where she grew up. She knew right away that she needed to option the book for TV and film and work on it.

“The characters really resonated for me, particularly Maggie and Jared and that mother-son relationship. It was the irreverent humour and the gritty reality of it,” she says. “Secondly, it was an Indigenous community that felt truthful to my own experience. And so that is why I felt like I would like to make this into a series.”

The show will premiere on CBC-TV this fall, but it will get a special screening of the first 90 minutes of the story at TIFF this month.

The series is billed as Indigenous gothic, which Latimer describes as magical realism rooted in traditional story and mythology of the trickster character. Trickster tells the story of Indigenous teen Jared who takes to cooking up drugs on the side to support his separated parents, but before long Jared starts seeing things — talking ravens, doppelgängers, skin monsters — and his life gets turned upside down.

Trickster stars Joel Oulette, a relative newcomer. Considering the dramatic nature of the show, it was a gamble to cast him, Latimer says, but one that paid off.

“You know, he was like an athlete. He was a quick study and he was focused and he was dedicated and he brought it every single day,” Latimer says. “And so, it was a bit of a gamble, but it was also, like, I feel like it was an educated gamble because I was pretty sure he could do it.”

Originally, Latimer was interested in turning the first book of Robinson’s trilogy into a film, but a television series offered more opportunities to explore the entire arc of the trilogy.

“The beauty of series television is that you can serialize things and make character arcs and emotional journeys, like, much longer and stand and because it’s a trilogy with a third book coming out this spring,” she explains. “I just love the longevity and the journey of that. And I am really fortunate to be able to do this especially on a national network where we haven’t really seen an Indigenous author’s work adopted by an Indigenous team with a mostly Indigenous cast. It just felt like we were making history.”

Latimer was born and raised in Thunder Bay, and studied theatre at the University of Montreal before heading to the Toronto area to act in stage productions as well as TV shows, such as Paradise Falls. Although she was discouraged by the business and contemplated a major change in career direction to medical school, she received some timely words of encouragement, while doing interviews for a documentary on Doctors Without Borders, and she pushed on into more important works, including a 2017 documentary film on the Standing Rock Indigenous protests in North Dakota called Rise.

Currently, Latimer keeps her production office in Toronto’s Parkdale neighbourhood, which has been quite busy as of late given she has, not one, but two projects at TIFF this year.

Latimer is also the creative force behind the film The Inconvenient Indian, based on a bestselling book by popular Ontario Indigenous writer Thomas King.

“It looks at the history of the colonization of Native Pe­ople In North America, and it’s essentially a film that looks at how stories are told and what’s the truth behind our history,” Latimer says. “And what’s our role and how do we move into the future? It really looks at representation and the relationship Indigenous People have had to the media but also how stories in history are told and recorded in North America.”

The Toronto International Film Festival runs Sept. 10 to 19. For more information on Latimer’s projects and other films at the festival, go to www.tiff.net.