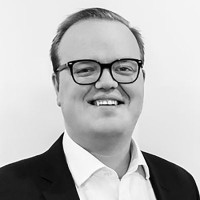 “The radical left are laying the groundwork to steal this election from my father,” he declared in a video posted to the Trump campaign’s Facebook page. “Their plan is to add millions of fraudulent ballots that can cancel your vote and overturn the election.” To defeat these scheming radicals, he warned, they’d need “every able-bodied man [and] woman” to join an organization called the Army for Trump: “We need you to help us watch them.”

Like so much of Donald Trump’s presidency, the recruitment video straddled the line between menacing and self-parodic. Don Jr.’s claim was preposterous on its face (no, a massive voter-fraud conspiracy is not under way in America), and his militaristic rhetoric had the faintly silly quality of cosplay. But the “election-security operation” he was pitching is actually a key element of the Trump campaign’s closing strategy—and its capacity to wreak havoc next week could be significant.

In the coming days, thousands of pro-Trump poll watchers are set to fan out across battleground states—smartphones in hand—and post themselves outside voting locations to hunt for evidence of fraud. This “army” has been coached on what to look for, and instructed to record anything that seems suspicious. The Trump campaign says these videos will be used in potential legal challenges; critics say their sole purpose is to intimidate voters. But in recent conversations with a range of unnerved Democrats and researchers, I was offered another scenario: If the president decides to contest the election’s results, his campaign could let loose a blizzard of misleading, decontextualized video clips as “proof” that the vote can’t be trusted.

“The goal here is really not producing evidence that stands up for any length of time,” Laura Quinn, a progressive researcher monitoring election disinformation, told me. “They’re interested in sowing just enough doubt … to develop this narrative of fraud—not only so that he can contest the election, not only so that he can refuse to concede a loss, but also so that some portion of his supporters will remain embittered and be able to say the results were illegitimate.” (A spokesperson for the Trump campaign did not respond to a request for comment on this story.)

[Read: The billion-dollar disinformation campaign to reelect the president]

Partisan poll-watching has a long history in American politics—Trump did not invent it. But this is the first presidential election since 1982 in which the Republican National Committee is allowed to organize such activities without permission from a federal court. For nearly four decades, the party was restricted by a consent decree issued after a New Jersey election in which Republicans allegedly hired off-duty police officers to patrol minority neighborhoods wearing “National Ballot Security Task Force” armbands. The decree expired in 2018.

This history, combined with the president’s support among militias and other extremist groups, has fueled fears that the Army for Trump could lead to confrontation and even violence at the polls. In September, a noisy crowd of Trump supporters was accused of intimidating voters and disrupting an early-voting location in Fairfax, Virginia. (The Virginia Republican Party responded to these complaints on Twitter: “Quick! Someone call the waaaambulance!”)

But the poll watchers’ real influence may not be felt until they go home and start uploading their videos. Three Democratic strategists who are involved in post-election “scenario planning” told me that—barring a blowout on Election Night—Americans should expect a last-ditch disinformation blitz from Trump and his allies to create the impression of wide-scale cheating. (The Democrats requested anonymity to candidly describe strategy discussions.)

“This Election Day poll-watching will be part of a whole campaign to dispute, delay, and bring into doubt the counts in various states,” one Democrat told me. “[Trump] has been setting up the rigged-election narrative for a while,” another told me, “and he needs tools to show that the votes that are rolling in are probably these rigged votes: So here’s the video evidence!”

Some of the Democratic hand-wringing had a slightly panicked, paranoid quality, rooted in the trauma of 2016. “Will there be photos and videos purporting to be, for instance, Chinese intelligence agents stuffing ballot boxes?” one Democrat mused. “Probably, yes. And even if the quality of these videos is poor and the provenance is suspect, they will have at least some audience.”

Of course, Trump could simply win or lose the race outright, without any of the drama that many are anticipating. But it’s not far-fetched to expect a spike in unsubstantiated voter-fraud claims around Election Day. Such rumors often gain traction in the final days of a presidential race—and Trump and his media allies have been especially invested in amplifying them this year.

Nate Snyder, who served as a counterterrorism official at the Department of Homeland Security under Barack Obama, told me that if Trump contests the election results, things could quickly “converge into a perfect storm of disinformation.” In the already-overheated political environment, foreign adversaries could circulate conspiracy theories online, while domestic trolls and extremist groups amplify their own toxic messages. Chaos would be the goal—and Snyder says United States intelligence agencies are preparing for it.

“But I’ll be pretty blunt about this,” he added. “We have a unique situation now where we have to worry about what we’d call, in security terms, an ‘insider threat.’ You have a president who is focused on pushing out whatever kind of information, from whatever sources, to help his narrative.” It might not just be Russian trolls and “boogaloo boys” trying to “sow discord,” he said—the president himself may be part of that effort.

[Read: The election that could break America]

There are reasons to doubt the sophistication of Trump’s operation. His campaign has hemorrhaged money this year, and suffered several high-profile logistical failures. (Remember Tulsa?) A recent perusal of the #ArmyforTrump hashtag on Twitter revealed that it had been temporarily hijacked by K-pop fans. And my own efforts, earlier this fall, to enlist in the campaign’s poll-watching efforts in Virginia were unsuccessful. After an initial phone call asking if I was willing to travel to another state (I said I was), I never heard back. It’s possible that someone spotted my name on the list and screened me out because I’m a reporter. But it seems just as likely that my application was lost in the shuffle of a disorganized campaign office.

Some Democrats, meanwhile, are skeptical that collecting and amplifying video “evidence” of voter fraud will actually benefit the president. “Nothing has done more to bolster people’s faith in voting early and in person than videos of people perfectly happy to wait in line to vote Trump out of office,” Adam Green, the co-founder of the Progressive Change Campaign Committee, told me. Prioritizing conspiracy theories over conventional get-out-the-vote efforts, he added, “would be consistent with every other incompetent Trump strategy.”

Still, if the Trump era has taught us anything, it’s that a well-oiled political machine isn’t necessary to cause chaos. As I’ve written before, the most effective modern disinformation is defined by what scholars call “censorship through noise”—drowning out the truth with a barrage of lies, distortions, and conspiracy theories designed to confuse and exhaust.

“Bad actors aim to break down trust because it makes us insecure,” Jiore Craig, a researcher who advises Democratic campaigns on disinformation, told me. “When we’re insecure, we’re defensive, and when we’re defensive for a long time, we get tired—and when we’re tired, we’re easy to control.” She told me that her recent research suggests a level of fatigue in the electorate right now that could easily curdle into apathy, making it difficult to sort out truth from lies if the election becomes a long, complicated, drawn-out affair.

“The danger,” Craig said, “is that you just go with the loudest voice in the room to put it to an end.”