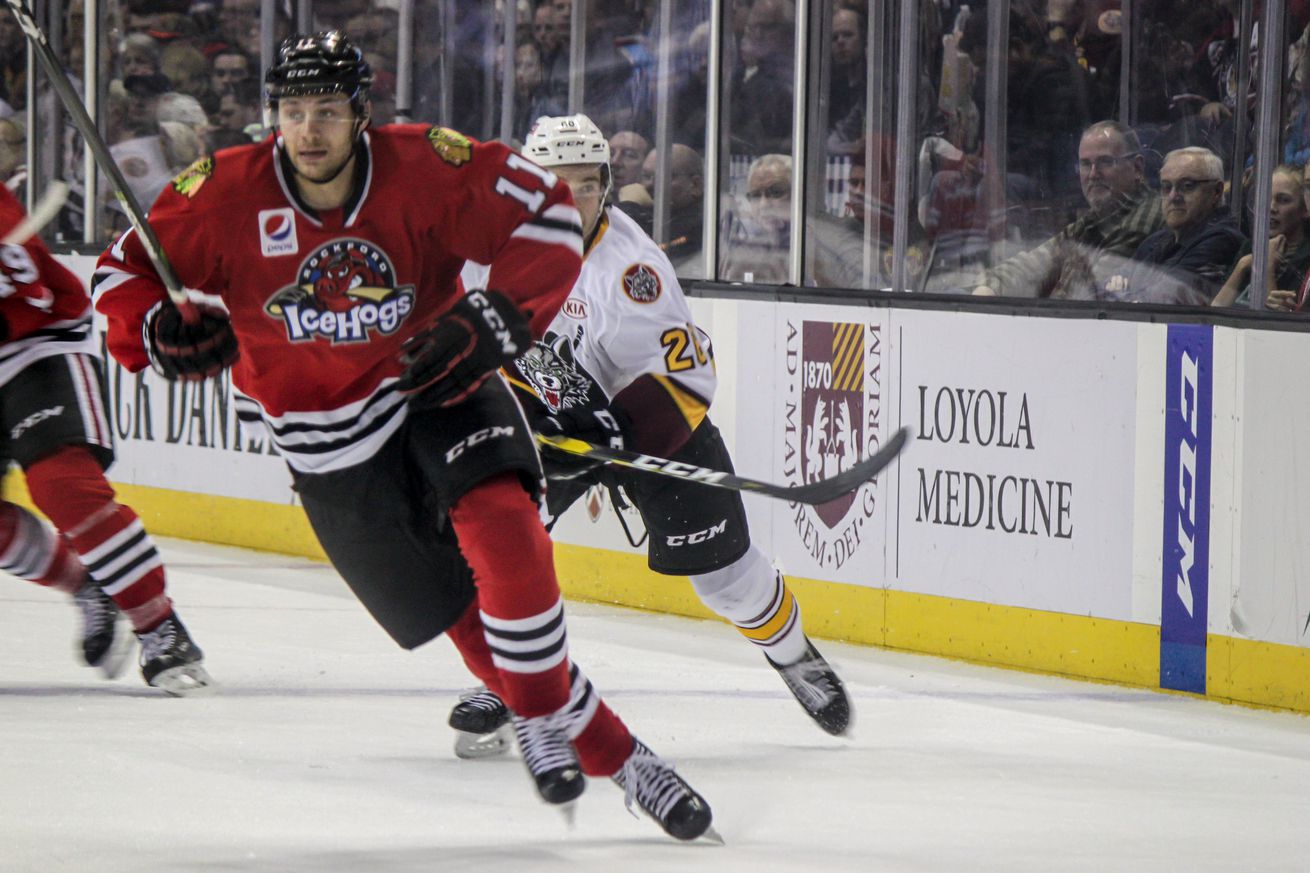 Rob Blake makes a minor league deal for the Kings ahead of the trade deadline.

Rob Blake may or may not make a big move before the close of the trade deadline on Monday, but he made a minor league move on Sunday evening, sending forward prospect Spenser Watson to the Chicago Blackhawks in exchange for winger Matheson Iacopelli.

Iacopelli, a 24 year old winger, was drafted in 2014 by the Blackhawks. He turned pro in 2017 after a standout sophomore season at Western Michigan University, where he collected 36 points in 40 games. He has split time his past two seasons between the AHL’s Rockford IceHogs and the ECHL’s Indy Fuel. This year, Iacopelli has appeared in 27 AHL games, registering four points (two goals and two assists). He also has four goals in nine ECHL games. He is on the final year of his Entry Level Contract and will be a Restricted Free Agent at the close of the season.

While Iacopelli showed some promise during his USHL and NCAA time, and was a noticeable player for the Blackhawks at the 2017 prospect tournament in Traverse City, Michigan, he has yet to be able to translate that to success at the professional level, either in the AHL or the ECHL. A change of scenery may do him good, but more than likely he’ll just be a depth player for a Reign team that is starting to look very thin on players, and may soon lose more if the Kings need to make additional call-ups.

Watson, drafted in the seventh round of the 2014 draft by the Kings, has long been a fan favorite here at Jewels from the Crown, coming in at #19 in this year’s Top 25 Under 25 countdown. However, he’s never been able to catch on in the AHL, despite being essentially a point-per-game performer in the ECHL. Watson has 47 points in 47 games for the Manchester Monarchs this year, but collected no points in two AHL appearances so far this season. Watson may find greater opportunity within the Blackhawks organization, who have long been able to find roles for small, speedy players. With many of Chicago’s top offensive prospects playing up in the NHL, Rockford is in need of scoring as they try to chase down a playoff spot. Watson has already been confirmed to report to Rockford, so it looks like they’re hoping he can replicate what he’s done in the ECHL at the next level.

Best of luck to Spencer Watson, and welcome to Matheson Iacopelli!