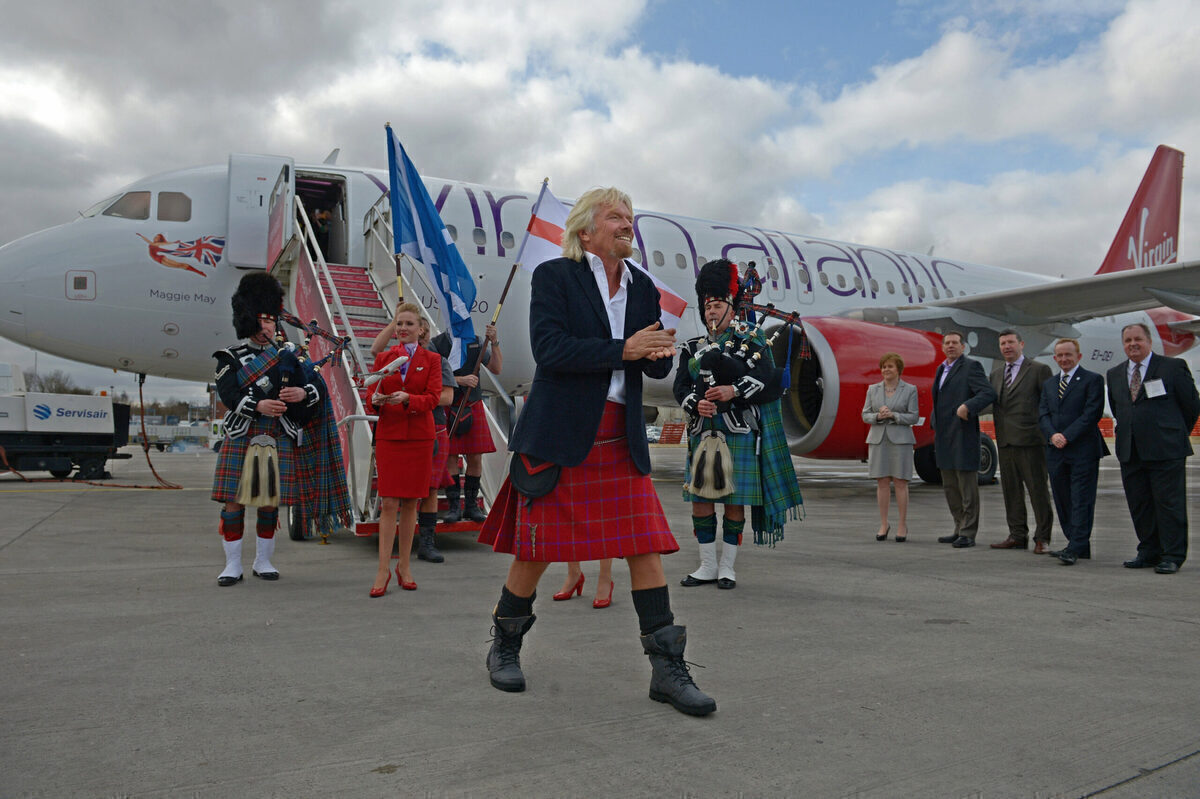 Virgin Atlantic Little Red was created in 2012 and launched in 2013 after European competition authorities made British Airways give up some of its slots at London Heathrow Airport (LHR) after parent company IAG bought BMI from Lufthansa. To comply with EU competition regulations, British Airways was forced to give up 14 of BMI’s landing slots at Heathrow, of which 12 were designated for United Kingdom domestic flights.

The plan for Little Red was to serve three domestic destinations Aberdeen, Edinburgh, and Manchester, from London Heathrow. Sadly the enterprise failed after just 18 months, with Virgin Atlantic throwing in the towel after failing to sell enough seats to make the airline a viable proposition. When speaking with the Guardian newspaper following the decision to scrap Little Red Virgin Atlantic, President Richard Branson said that the domestic service had benefitted passengers, but “the odds were stacked against us.”

Virgin Atlantic was hoping to allow passengers from places like Aberdeen, Edinburgh, and to some extent Manchester to connect on Virgin Atlantic long-haul flights from Heathrow. Unfortunately, this did not materialize, and the routes ended up being used by point-to-point customers.

“Little Red came about through an enduring passion at Virgin Atlantic to make a difference for our customers. We really wanted it to be a success, and everyone involved worked extremely hard and has given it their best efforts.

“It was always a huge challenge on behalf of the consumer, as the totally inadequate number of slots made available by the European Commission did not deliver close to BA’s network position, even when supplemented by our own slots to fly between Heathrow and Manchester. The time lag between the takeover of BMI and our entering the market also meant Little Red initially faced an uphill battle to win recognition and convert customers to its services.”

Virgin Atlantic expected the airline to struggle after reviewing BMI’s passenger load figures on the routes but hoped that an increased network and its long-haul holiday destinations could succeed. Given British Airways dominance and experience, Branson admitted that Little Red was always facing an uphill battle saying:

“When the competition authorities allowed British Airways to take over British Midland and all of its slots, we feared there was little we could do to challenge BA’s huge domestic and European network built through decades of dominance.

“To remedy this, we were offered a meager package of slots with a number of constraints on how to use them, and we decided to lease a few planes on a short-term basis to give it our best shot. The odds were stacked against us, and sadly, we just couldn’t attract enough corporate business on these routes.”

Even before Little Red took to the skies, British Airways boss Willie Walsh had predicted that it would fail, and when he heard the news, he said he was “delighted.” A week earlier, the BA boss had said about Little Red:

“It’s looking terrible. The fact is that they are struggling – you cannot make money flying planes that are less than half full. I said it would be a mistake and am delighted to be proven correct.”

Virgin Atlantic’s decision to pull the plug on Little Red followed on from a review of the airlines’ wider global network and the axing of Cape Town, Mumbai, and Tokyo routes to concentrate on its profitable transatlantic routes.

Virgin was betting on Little Red to be a feeder airline for its long-haul holiday destinations, but they knew that short-haul domestic flights were not for them when that never materialized.

Did you ever fly Little Red? If so, please tell us what you thought of them in the comments.