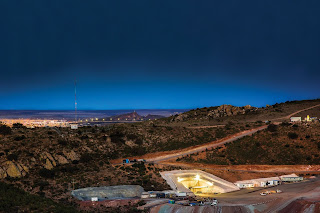 This series on silver investment opportunities finishes with a look at environmental standards for silver mining as well as programs aimed at cleaning up the mess silver has made in communities around the world.  With three of the largest silver mining companies present in the country, Mexico is the world largest producer of silver.  A drive south to Peru takes an investor to the second largest silver mining region in the world.  China brings up a distant third. Russia runs fourth, Poland is fifth and Australia is in sixth place.  The rest in the top ten silver mining jurisdictions makes clear the geology of the Americas is highly favorable for silver:  Chile (7), Bolivia (8), Argentina (9) and the United States (10).

Environmental regulation is an important due diligence focus in any of the silver producing countries of the world.  This article looks at Mexico, which is the fourth largest recipient of foreign investment in mining projects.  Canadian companies are the most prominent investors in Mexico’s mines.  Accordingly, it is quite likely a Canadian company with silver mining interests in Mexico will cross the screens of aspiring ‘silver bulls’.

Mining is deeply embedded in Mexico’s history and culture. Extraction activities span six centuries beginning with the Mayans and reaching a frenzy among the Spanish conquistadors. Silver is found in Mexican art, utensils and coins.  Today the silver industry in Mexico is valued at $18 billion in 2020, and is expected to grow by at least 3% annually.

Under direct control of the President’s Office, Mexico’s Ministry of Economy keeps an eye on mining.  A mix of other ministries gets involved pursuant to their respective authorities over the environment, water and farming.  Occasionally, one minister or another find their toes stepped on by another.  However, there is some level of cooperation and coordination.

Despite the prominence of mining in Mexico’s economy, the current president Andres Obrador has not shown any particular affinity toward the mining industry.  During the campaign he pledged to put communities first over mining interests and expressed concern about the damage that mines inflict on the environment.  Some in Mexico had anticipated regulatory action.  In preparation mining companies stepped up communications with government officials through the Mexican Chamber of Mines.

Miners may have been unnecessarily alarmed.  For example, Obrador has shown little concern for the environment in his bid to build a 950-mile train service from Mexico’s beaches on the Caribbean side to the interior of the country.  The project has bypassed environmental impact statements that would no doubt point out that the tracks as planned will run through four natural protected areas, trample scarce flora and fauna and impede critical surface water assets.

Even though Obrador’s track record has so far not matched his campaign rhetoric, labor and community groups in Mexico have been emboldened.  There have been seven blockades at mining operations in the last two years, including a blockade in February 2020, at Americas Gold and Silver mine in Sinaloa.  In August 2020, Silver Bull Resources has also experienced push-back from a miners’ cooperative at a mine site in Coahuila. However, labor terms not the environment are largely the points of contention.

Since Mexico owns all land and mineral resources, the government collects a 0.5% special mining tax and 7.5% mining royalty on mined resources in the country.    The fund was originally used to fund infrastructure projects in the localities near mine sites.  However, in July 2020, the rules were amended to distribute 85% of the royalty to education. The environment was not top of mind in the policy discussion.

The problem with Obrador’s tirade is that his country’s mining regulations are the least strict in North America.  For example, some of the most common pollutants used in mining operations are excluded from the list of substances reportable under Mexico’s environmental regulations for mining operations.  The U.S. and Canada monitor 59 and 63 chemicals, while Mexico requires reports on only 8 toxic substances.  What is more there is no requirement to report on-site disposal of substances that could end up as soil, water or air pollutants.

Investors may be told by management that a company is complying with local environmental regulations.  However, that does not necessarily mean the operation is not an environmental delinquent.  If the bar is set very low as seems to be the case in Mexico, the hurdle is easily cleared.  For those investors who have placed a high priority on placing capital with responsibility, it will be necessary to ask the tough questions about just how much polish has been put on the silver.

Neither the author of the Small Cap Strategist web log, Crystal Equity Research nor its affiliates have a beneficial interest in the companies mentioned herein.