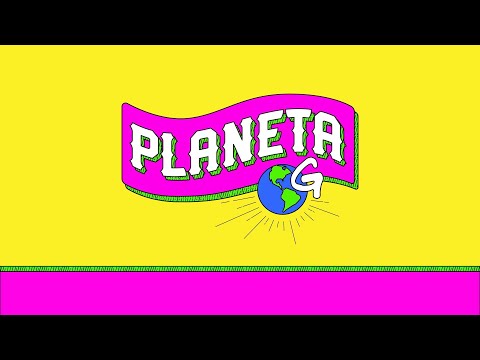 Planeta G is here to make sure that Latino environmental activists get the recognition that they deserve.

The bi-weekly web series is centered around exploring the intersectionality between environmental activism and the Latino identity. According to a recent study by Yale, 70 percent of Latinos are concerned about the environment. Latinos are also among the communities more disproportionately impacted by climate change.

According to an interview with Grist, Valentina Stackl and Crystal Mojica started “Planeta G” in order to highlight more Latino voices. Communities of color face several instances of environmental injustice in their communities. This includes lack of access to affordable healthcare, education, and housing.

It is brought to you by two co-hosts: Crystal Mojica.

Mojica is a senior communications specialist for Greenpeace USA and, according to the website, has spent a lot of her career in the environmental space. Mojica, who was raised in Colombia as a child, has volunteered for the Peace Corps and worked to advance reproductive rights for all women.

Stackl was born in Europe after her mother, a Jewish-Chilean journalist, fled the Pinochet dictatorship in Chile. After moving to the U.S. at 16, Stackl got involved in international environmental justice starting with working with farmworkers.

The co-hosts are also using their platform to remind people to vote and the importance of using their voice.

The next election is drawing near and there are so many reasons for Latinos to vote. They have to make their voices heard and there are several issues that deeply impact the community.

“Latinx people are especially becoming more empowered than ever before to speak out. But we’ve done it before,” Stackl told Grist. “Historically, we think back to Dolores Huerta and Cesar Chavez and the labor movement. Sometimes we forget that. We care. The experiences of the people that we’ve spoken to on the show reflect that.”

The co-hosts are delivering more than interviews to combat climate change.

It is known that the vegan diet is more sustainable and better for the environment. Being vegan means you are helping to cut down on greenhouse gases from farming. There is also the benefit of not contributing to deforestation for farmland due to the demand of meat in the world.

READ: Environmental Advocates Are Offering Tips On How People In Mexico City Can Shop With The New Plastic Bag Ban

The post ‘Planeta G’ Is A YouTube Series Dedicated To Highlighting Latino Environmental Activists appeared first on we are mitú — business and entertainment, culture and sport, movies and music.