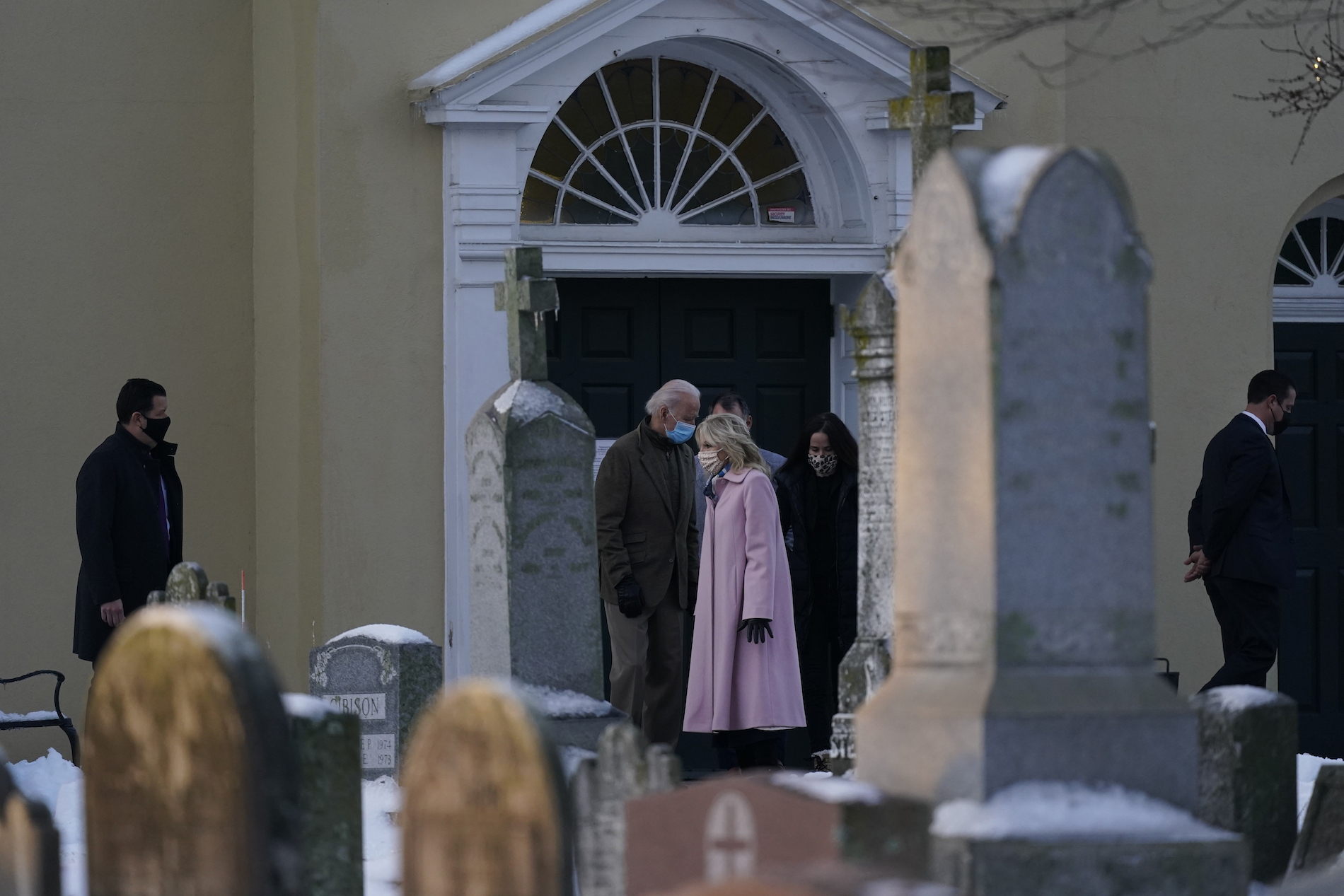 On the 48th anniversary of the tragic accident that killed his wife and infant daughter, President-elect Joe Biden visited the Wilmington-area church where they are buried.

Biden was in Washington hiring staff in preparation for his first term in the Senate when he got the news that his wife Neilia and infant daughter Naomi were killed in a car accident in Delaware.

“They found some poor young woman to tell me, and she kind of panicked and she said, ‘Your wife is dead and so is your daughter,’” Biden told WHYY News in the 2018 documentary “Delaware’s Joe Biden.”

Biden’s sons, Beau and Hunter, were also badly injured in the crash that happened while Neilia and the children were on their way to pick out a Christmas tree.

As Biden rushed back to Delaware to be with the boys, he started the process of resigning from his Senate seat before he’d even been sworn in.

“I asked my brother to meet with the governor-elect, who was a Democrat, to work on who they’d appoint in my place,” Biden said. “I didn’t think I could be a father that I wanted to be and a Senator.”

Both family and political allies in the Senate convinced Biden to carry on through the heartache.

“He and Neilia, and the children, had worked so hard for this that it was not right to not at least get up and give it a shot,” said Valerie Biden Owens, Biden’s sister and longtime campaign manager. Biden Owens and her husband moved in with her brother to take care of his sons in Wilmington while he worked in Washington.

“It was an extraordinarily close call,” recalls Ted Kaufman, Biden’s longtime chief of staff. “This was one of those 51-49 decisions. He came this close [to resigning].”

In the era before cellphones and constant contact with home, having his sister watch the boys reassured him that they were being well taken care of. “I wasn’t their mommy, I didn’t try to take the place of their mom. We talked about mommy all the time,” Biden Owens said.

To make it work, Biden started a tradition of traveling back to Wilmington via Amtrak every night after work. It was a habit he would carry on throughout his more than three decades in the Senate.

“It’s the first time I realized what incredible character he has,” Kaufman said. “You cannot imagine how bad that was. And to get up and come to Washington every day while he was going through it. It was painful to watch.”

“They all came to me and said, ‘Look, your wife worked really hard to get you this job,’” Biden said. “At least be sworn in and come for six months.’”

On the day he was scheduled to go to Washington to be sworn-in, Biden couldn’t bring himself to go. So instead, the secretary of the Senate traveled to the Delaware hospital where Biden’s sons were still being cared for two weeks later, and he was sworn-in at their bedside.

That six-month trial run turned into 36 years in the Senate and another eight years as vice president.

In the 48 years since the accident, Biden has reached the pinnacle of American politics as he prepares to take the presidential oath of office next month. But amid great political success has come more heartache. Biden’s oldest son Beau died of brain cancer in 2015. Beau served two terms as Delaware’s attorney general and was a rising political star who made a splash on the national stage at the 2008 Democratic National Convention.

Biden didn’t talk to reporters after visiting the church early Friday morning, but he did talk about the role religion plays in his life during a 2017 conversation with Fresh Air host Terry Gross at WHYY’s President’s Dinner.

“I find great solace in my faith,” he said. “I’m not that spiritual, but I’ve found that for me the externalities in my faith bring me a sense of peace.”