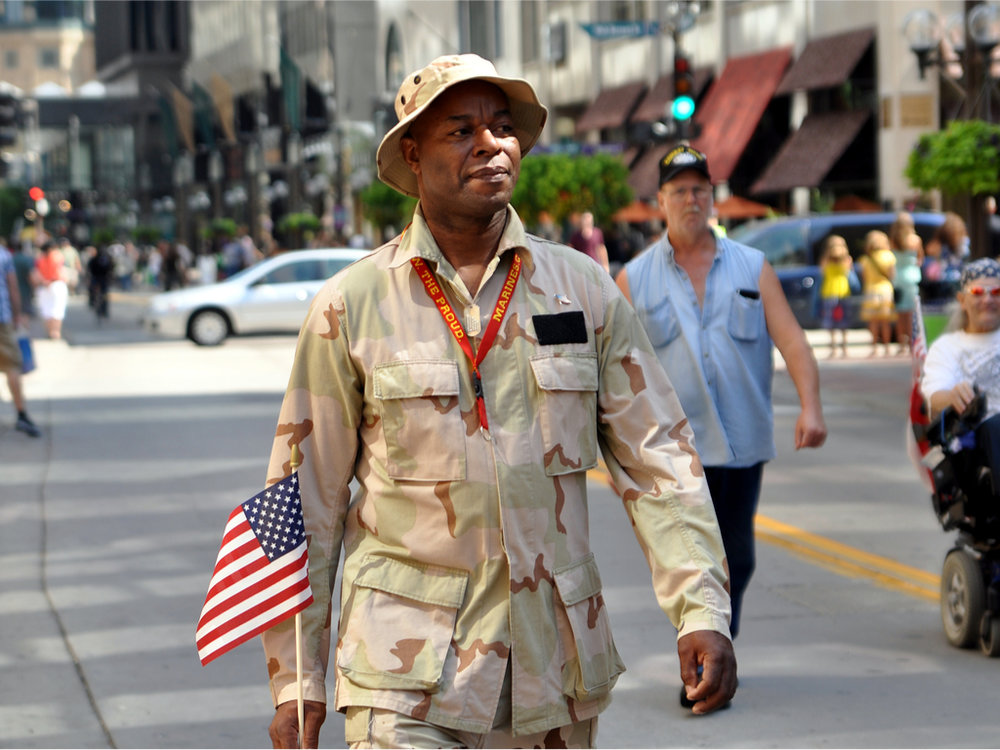 Boots on the Ground: How Corporate Foundations Are Supporting Veterans

Celebrating veterans is part of our national experience. Parades and flag waving starts on Memorial Day, and carries on through Independence Day and Veterans Day. Planes do flyovers above crowded sports arenas while soldiers serving in foreign wars wave to the viewers at home. How society helps these men and women transition back to civilian life raises pressing issues for government organizations, nonprofits and philanthropists alike.

In the corporate foundation world, supporting veterans has become a hot topic. Panels on the subject are popping up at conferences, and practitioners are actively seeking ways to increase engagement. This increased attention hasn’t shown up in giving data—surveys from Chief Executives for Corporate Purpose (CECP) find that the percentage of companies reporting military/veterans as a priority focus area remains unchanged at 7 percent. But the trend is hard to miss for observers of corporate philanthropy.

Why the heightened interest? Will it result in a sustainable uptick in investments in veterans’ causes, or remain flat? And what kinds of support have proven outcomes?

One reason for the heightened interest may be a simple shift in sentiment about veterans since 9/11. The Pew Research Center reports that 91 percent of Americans say they “felt proud” of the soldiers who’ve served in the military since the Twin Towers fell. Seventy-six percent went so far as to thank a member for serving. This comes at a time when the population is aging away from the contentious Vietnam era. And while the public has been ambivalent about the prolonged U.S. engagement in the “forever wars” of Afghanistan and Iraq, Americans have been sympathetic to the men and women who’ve served in these combat zones. They have become increasingly aware of the problems confronting returning veterans, thanks to extensive media coverage of issues like PTSD, substance abuse, homelessness and unemployment, as well as the failures of the Veterans Administration.

Against this larger backdrop of public concern, corporations have their own motives for engaging with veterans.

Harriet Dominique, senior vice president of corporate responsibility at the financial services firm USAA—a longtime leader in supporting veterans—says that a growing war for talent has elevated a focus on “non-traditional” hiring. With U.S. unemployment hovering below 4 percent, the labor shortage has reached a critical point. There are more jobs to fill than people to fill them. Why not solve the problem by hiring some of the 21 million veterans now living in the United States, or recruit from the pool of 200,000 men and women that separate from active duty each year?

The data say Harriet’s on to something. Corporations seem committed to doing just that. Leading corporations and nonprofits are working together to break down barriers to veterans employment, like translating job skills from military to corporate roles.

The Veterans Jobs Mission is a case in point. The organization began in 2011, when a group of 11 companies set a goal of hiring 100,000 vets after the attack on the World Trade Center. Today, it’s a coalition of more than 200 private sector companies representing “virtually every industry in the U.S. economy,” from Anheuser-Busch to Goldman Sachs. The organization has placed vets in more than a half-million jobs since its inception, and partners with the Institute for Veterans and Military Families at Syracuse University (IVMF) to provide best practices for sustaining veteran employment. VJM’s been so successful that its initial goal of 100,000 jobs has ballooned to 1 million.

The U.S. government makes the practice of hiring vets compelling, with a myriad of programs and incentives. These include the Work Opportunity Tax Credit (WOTC), which has incentivized employers to hire candidates with significant barriers to employment since 1996. Each year, companies claim more than $1 billion in credits for hiring in a number of WOTC categories, including veterans.

The qualified wages for WOTC tax incentives are limited to $6,000 for a credit of up to $2,400. But incentives for vets increase exponentially through two programs. A Returning Heroes Tax Credit provides businesses that hire unemployed vets with credits up to $5,600. And the Wounded Warriors Tax Credit gives employers that hire unemployed veterans with service-related disabilities a 40 percent credit on the first $24,000 of wages, up to $9,600 annually.

The combined efforts of companies, government and nonprofits are paying off. The 2018 unemployment rate for veterans was 2.9 percent, down from 3.7 percent in 2017, and significantly lower than the non-veteran rate of roughly 3.5 percent.

So where does corporate philanthropy fit it?

For most corporate foundations, the best CSR strategies align with their corporate business or brand. USAA traces its roots to a group of Army officers who decided to self-insure each other’s automobiles back in 1922. Today, its mission is to facilitate the financial security of its 12.8 million members, all of whom have served —or are serving—in the U.S. armed forces. Of USAA’s 34,000 global employees, one in four are veterans or military spouses.

It’s only natural, then, that the USAA Foundation is committed to supporting veterans—and always has been. But it only fully aligned its investments with veterans’ causes in 2014 after a rigorous evaluation of strategy and measurement.

Still, USAA’s long and deep synergy with the military offers unique insights to funders. The USAA Foundation currently works to address veteran homelessness, inclusive medical care, and programs that help employers hire and retain vets. But it also focuses beyond veterans, with a signature program that supports military family resiliency, including spouses and children, and families of the fallen.

Another leader in supporting veterans causes is the Home Depot Foundation. When it comes to supporting vets, the foundation says it’s “all in,” and considers it a “duty, honor and privilege.”

In 2011, the foundation made a quarter-billion-dollar commitment to supporting veterans. Last year, it doubled down on that, committing a half-billion dollars through 2025.

According to Shannon Gerber, executive director of the foundation, the company began funding a program that works to transition vets out of homelessness in 100 cities in 2011. Back then, the average nightly headcount of veterans in shelters was 80,000. Today, it’s 37,000. Shannon says there are many factors that contribute to veterans’ homelessness, including a sometimes rocky transition from military life.

The foundation actively partners in its work on homelessness with 22 national organizations. Shannon considers them their “boots on the ground,” and says the groups have had some measurable success.

Building homes and skills is a natural alignment with Home Depot’s core business, which has thrived by empowering ordinary homeowners to improve their properties. One thread of the foundation’s work with veterans is adapting homes and complete critical home repairs for the wounded, promoting independence for as long as possible.

Meanwhile,  even as other companies have been busy bumping up their military recruiting efforts, Home Depot is way ahead on this front. Already, thirty-five thousand associates are veterans, representing nearly 10 percent of its workforce. In the foundation’s view, supporting veterans means supporting employees—who then actively bolster the investments with volunteerism and skills training.

Shannon attributes the rising interest in support from corporate foundations for veterans to the fact that important issues are coming to light—issues like invisible wounds and suicide rates—that help put people in veterans’ shoes.

While buoyed by the increased interest, and the Home Depot Foundation’s successes to date, Shannon admits there’s much more to do. “It’s not enough,” she says, welcoming others to the fight.

Boots on the Ground: How Corporate Foundations Are Supporting Veterans