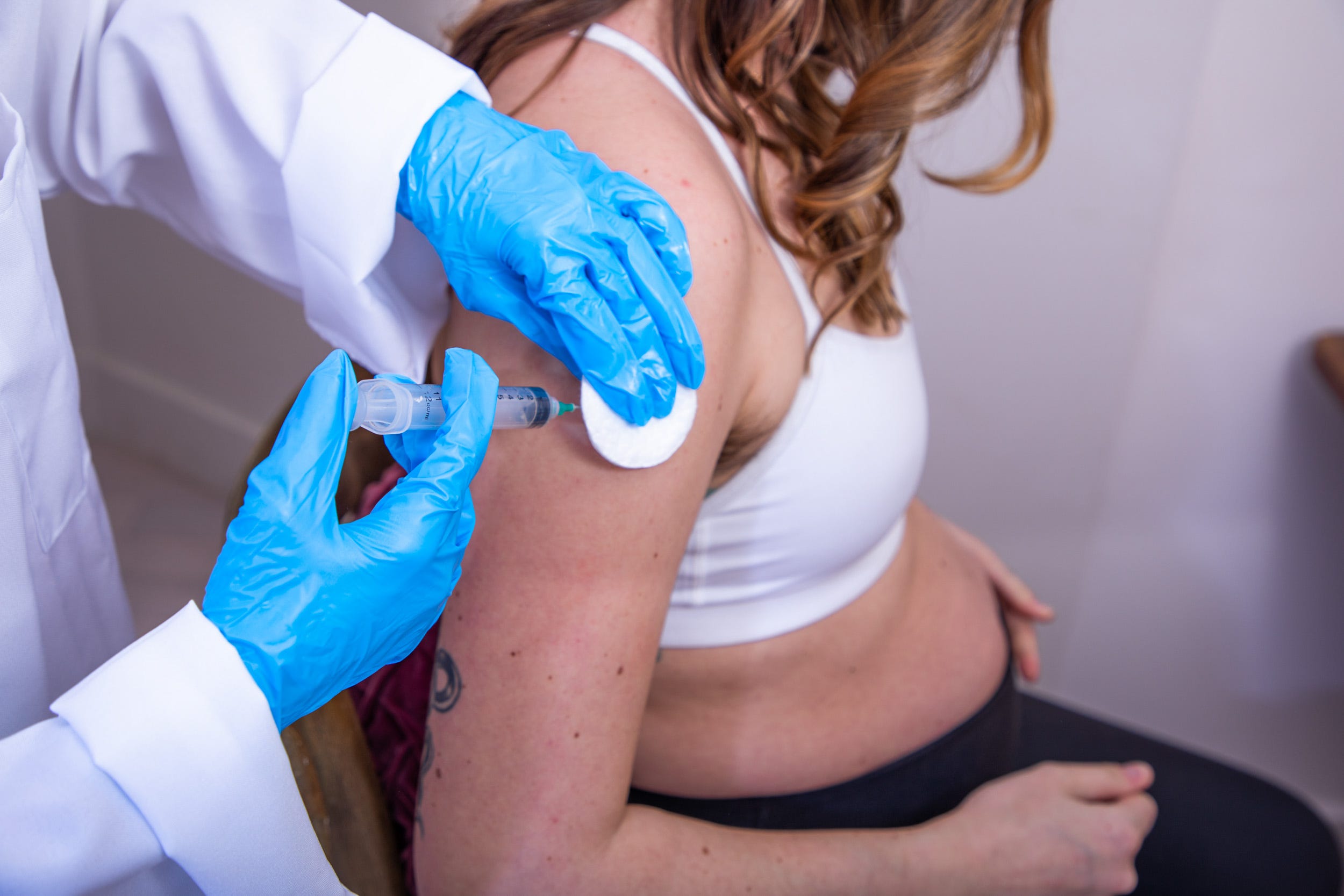 If you're pregnant and eligible - or soon to be eligible - for a coronavirus vaccine, you first have to decide if you want it.

While there's not yet clinical trial data on the vaccine's safety and efficacy in pregnant people, scientists know enough about how the vaccines are made and how they've affected pregnant people so far to believe they're both safe and effective.

But professional and governmental organizations in the US aren't issuing strong recommendations one way or the other, and leaving it up to women to weigh the risks and benefits of vaccination for them.

If you decide you want it and can access it, though, you might ask another question: When in pregnancy is the best time?

In its latest guidance, updated March 4, the American College of Obstetricians and Gynecologists doesn't differentiate between trimesters. "There is no trimester that is considered to be safer than another for vaccination. A woman should have the opportunity to be vaccinated in any trimester," an organization spokesperson told Insider.

Some experts say there might be slight pros and cons for getting the shot at certain times in pregnancy. The consensus among public health experts remains: Get it as soon as you can.

COVID-19 is more likely than the vaccine to cause a fever, which can be problematic in the first trimester of pregnancy

One possible side effect of the vaccine, whether or not you're pregnant, is a fever - something seen in about 10 to 15% of people after the second dose of the Pfizer or Moderna shot. But only about 1% experienced a high fever, or one over 102 F.

After the Johnson & Johnson shot, a fever was the least common side effect, but, on average, it lasted a day.

COVID-19 comes with a much higher risk of fever than the vaccine. In fact, one study including 25,000 adults with the disease found that fever was the most common symptom, present in 78% of cases.

But that's not an official recommendation, since delaying a vaccine means remaining at risk for COVID-19 and the fever that's associated with the disease. ACOG says a fever can be treated with Tylenol, which is safe in pregnancy and doesn't seem to affect how the vaccines work.

"The ACOG guidance does not specify timing in pregnancy because we are recommending the vaccine to prevent severe disease in the mother, so the timing depends on when in pregnancy you have access to the vaccine," Dr. Laura Riley, the chair of Weill Cornell Medicine's Department of Obstetrics and Gynecology and one of the authors of ACOG's practice advisory, told Insider.

"Furthermore, there are no safety concerns to suggest that waiting beyond the first or second trimesters is warranted," she said.

And fever, of course, is not the only risk of COVID-19 during pregnancy. While most pregnant people with the illness fare well, as do their babies, they are at increased risk of complications including pneumonia, the need for an ICU admission, preterm delivery, and even death.

"In order to maximize protection against COVID-19," a panel of maternal health specialists at UChicago Medicine wrote, "we recommend individuals get the vaccine as soon as it is offered."

It's understandable if you want to wait until your second trimester

Dr. Jessica Madden, a pediatrician and neonatologist who serves as medical director of Aeroflow Breastpumps, told Insider that, outside of concerns about fever, it may make sense for some people to wait for the vaccine until the second half of pregnancy.

"Getting the vaccine later in pregnancy can better guarantee antibody protection to babies via both the placenta and mothers' breast milk," she said. A recent case study, which has not yet been peer-reviewed, found a baby born three weeks after her mom's first dose of the Moderna vaccine had antibodies generated from the shot.

In Israel, the Health Ministry has a much different reason for recommending pregnant women not to get vaccinated during their first trimester. According to the Jerusalem Post, the ministry says women should wait to "avoid any suspicion, even coincidental, of a correlation between the vaccine" and pregnancy complications like miscarriage that are most likely in the first trimester.

A misconstrued connection between the two could feed self-blame among vaccinated women who experience pregnancy losses, discourage others from getting the shot, and fuel anti-vaccination misinformation.

If you can, get both doses before delivery

You don't necessarily want to wait until so late in pregnancy that you go into labor before receiving your second dose, if you got a two-dose vaccine, since both doses will give you and your future baby the best protection, Madden said.

Plus, if you have to get your second dose soon after delivery, you'll want to make sure you have some extra help since you may experience side effects that could make new parenthood and childbirth recovery even harder.

Still, Madden said, one dose is better than none. "If a pregnant woman only has time to get dose one during pregnancy, I would opt to do it for the partial protection it will provide both mother and her baby."

The recommendations for breastfeeding women are the same as for pregnant women: you should have the option to get the vaccine, which is not thought to pose a risk and could be protective.

There will be more data later this year

The Centers for Disease Control and Prevention and the Federal Drug Administration's safety monitoring systems are tracking people who've been vaccinated during pregnancy. (The CDC's most recent report, published March 1, included more than 30,000 vaccinated pregnant people and found no concerns.)

Drug manufacturers are also beginning, or planning to begin, clinical trials to more rigorously evaluate vaccine safety and efficacy in pregnancy. The Pfizer trial will take seven to 10 months, so don't count on it to inform your decision if you're pregnant now.