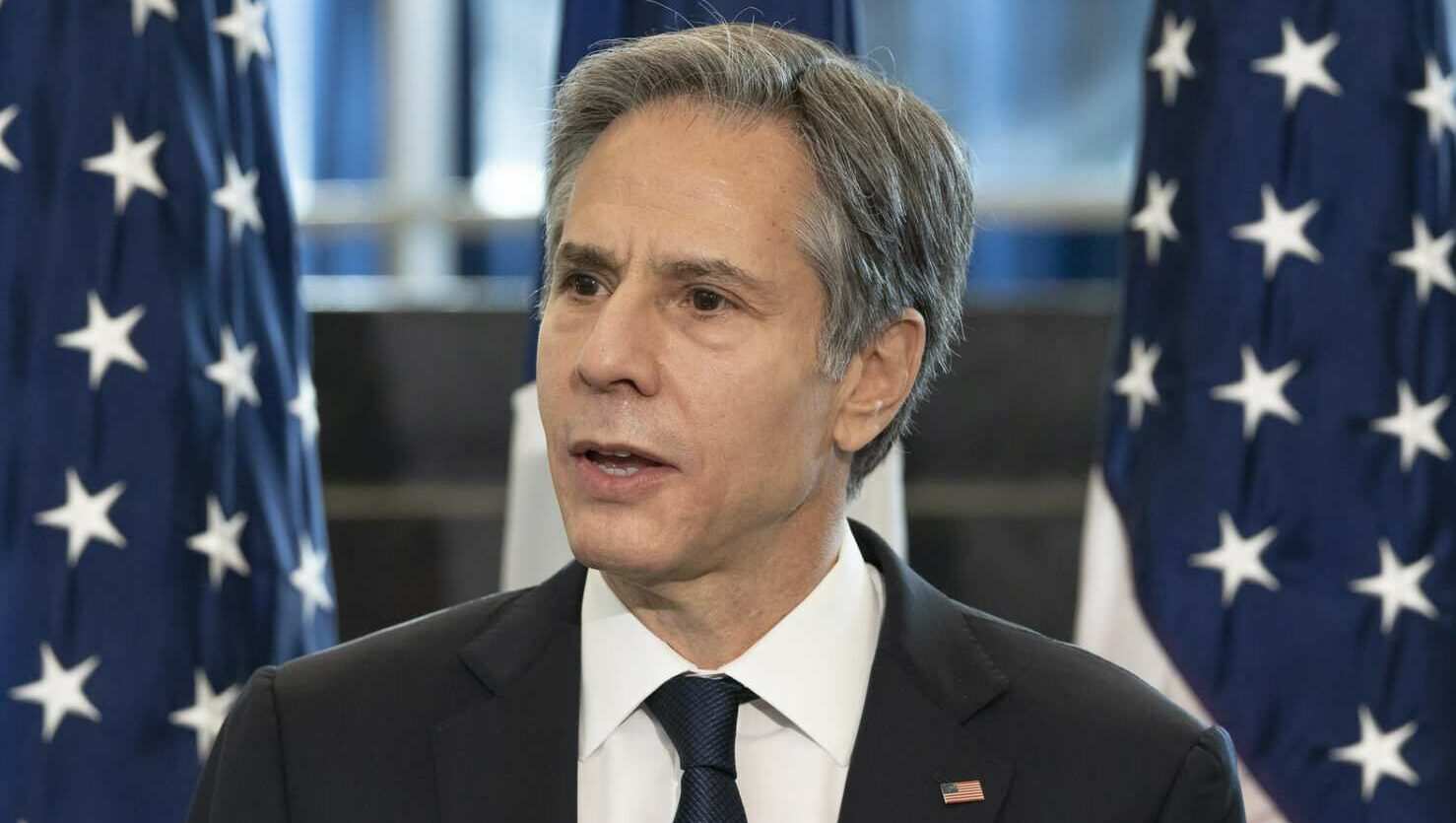 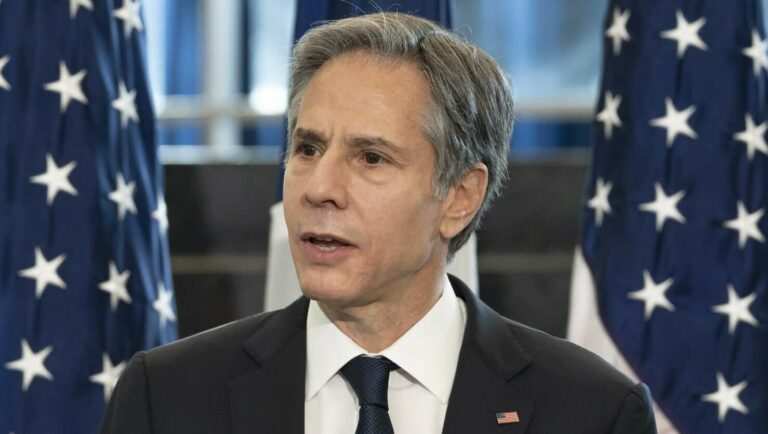 This article was originally published by Radio Free Asia and is reprinted with permission.

U.S. Secretary of State Antony Blinken said Wednesday that Washington will hold China to account for “atrocities” committed in its Xinjiang Uyghur Autonomous Region (XUAR) during an address to the United Nations rights agency, as other nations piled on Beijing for its treatment of the Uyghur people.

Speaking by video link to the 46th regular session of the U.N. Human Rights Council (UNHRC) in Geneva, Blinken upbraided China for “attempts to subvert the values upon which the United Nations is founded,” including the rights to fundamental freedoms that states are “obliged to protect.”

“Those who hide under the mantle of promoting economic development while seeking to undermine human rights will be held to account, including for their own human rights violations,” he said.

“We will speak out for universal values when atrocities are committed in Xinjiang or when fundamental freedoms are undermined in Hong Kong,” Blinken added.

In Washington, meanwhile, the State Department affirmed an earlier judgement that mass internment camps, forced sterilizations and other harsh measures imposed on Uyghurs and other Muslims in the XUAR meet the definitions of “genocide” and “crimes against humanity.”

Blinken’s speech declared the intention of the newly minted Biden administration to rejoin the UNHRC after his predecessor, Donald Trump, withdrew from the body in 2018, in part for what it has said are membership rules that “allow the election of the world’s worst human rights abusers to seats on the Council.”

China narrowly won a seat on the UNHRC in October, prompting New York-based Human Rights Watch to call the vote “embarrassing” for a country that has spent billions to burnish its image and used its growing power to stifle criticism of its treatment of ethnic Uyghurs.

The Asian power secured only 139 votes during a secret ballot at the 75th U.N. General Assembly in Geneva from among 193 member-nations, placing fourth out of five countries vying for four seats in the Asia-Pacific region, and beating out only Saudi Arabia, which has faced wide condemnation over its rights record.

“The United States is fully committed to the universal protection and promotion of human rights,” Blinken told the session, which runs from Feb. 22 to March 23.

France also chimed in on China at the UNHRC Wednesday, with Foreign Minister Jean-Yves Le Drian slamming what he termed “institutionalized repression” of the Uyghurs.

He cited witness testimonies and documents as evidence of “unjustifiable practices towards Uyghurs, and a system of large-scale surveillance and institutionalized repression.”

On the last day of the Trump administration last month, former U.S. Secretary of State Mike Pompeo designated the situation in the XUAR as “genocide” and “crimes against humanity.” The Biden administration has embraced the label, suggesting that it will pursue a more forceful approach in holding China accountable for its abuses in the region.

Authorities in the XUAR are believed to have held up to 1.8 million Uyghurs and other Muslim minorities in a vast network of internment camps since early 2017 as part of a “counter-terrorism” campaign.

Chinese officials have said the camps are centers for “vocational training,” but reporting by RFA’s Uyghur Service and other media outlets shows that detainees are mostly held against their will in cramped and unsanitary conditions, where they are forced to endure inhumane treatment and political indoctrination.

Female former detainees have said they were subjected to systemic rape in the camps and injected with sterilization drugs or had intrauterine devices (IUDs) forcibly inserted to end their fertility.

On Wednesday, the State Department doubled down on its decision regarding the XUAR.

The move, which marked the first time Washington had sanctioned a member of China’s powerful Politburo, followed Trump’s enactment in June of the Uyghur Human Rights Policy Act of 2020 (UHRPA). The legislation highlights arbitrary incarceration, forced labor, and other abuses in the XUAR and provides for sanctions against the Chinese officials who enforce them.

Speaking to RFA’s Uyghur Service on Wednesday, Dolkun Isa, president of the Munich-based World Uyghur Congress (WUC) exile group, welcomed Blinken’s speech and the reaffirmation of the genocide designation by his State Department.

“China is attempting to deny this 21st century genocide through lies and disinformation and also through pressure tactics and threats to Western governments not to recognize it as such,” he said, adding that the international community “will not be fooled” by such a strategy.

Isa also expressed gratitude to Canada’s House of Commons for its unanimous vote Monday recognizing the situation in the XUAR as genocide, and called on the European Union to follow suit.

A day earlier, EU foreign policy chief Josep Borrell called on China to grant “meaningful access” to U.N. investigators to probe reports of abuses against Uyghurs in the region.

“This is key to enable an independent, impartial and transparent assessment of the grave concerns that the international community has,” he said.

The EU has faced criticism over a tentative trade agreement with China that observers say ignores the situation in the region.

China in 2019 organized two visits to monitor internment camps in the XUAR—one for a small group of foreign journalists, and another for diplomats from non-Western countries, including Russia, Indonesia, Kazakhstan, and Thailand—during which officials dismissed claims about mistreatment and poor conditions in the facilities as “slanderous lies.”

During the U.N. General Assembly in New York in September last year, U.S. Deputy Secretary of State John J. Sullivan told the gathering that these trips and the China-friendly accounts they produced were “Potemkin tours in a failed attempt to prove” that the camps were humane training centers.

In July 2019, after China’s ambassador to the U.N. invited its human rights czar Michelle Bachelet to visit the XUAR to “see for herself” what he called “education training centers” in the region, the Office of the United Nations High Commissioner for Human Rights (OHCHR) told RFA that she would not accept unless given access to the camps on her own terms.