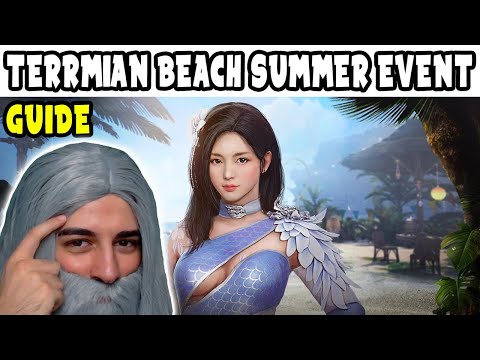 It’s worth keeping track of Kakao Games, as various events try to encourage you to watch the streams, most recently, for example, you could pocket in-game rewards in exchange for a few hours spent watching the stream. The biggest reward here was the game license itself, so we were able to get the game for free for watching 10 hours on Twitch, instead of paying the original price.

You need to follow two channels if you are a BDO player: their official Twitch channel and their YouTube channel, you can find plenty of useful content on both links.

So let’s dive in, and let’s see the most popular Twitch channels by their average viewers sorted by TwitchMetrics looking back to September.

Wakayashi is a German 28-year-old streamer who loves to talk to his viewers and is very curious about any feedback he gets from his viewers. He mainly broadcasts in German, but can speak English as well. He really likes RPG games, mostly playing with Black Desert Online, League of Legends, and Fortnite. He also produces a lot of YouTube content.

화룡 creates his content exclusively in his own native language. On Twitch, he primarily plays with Black Desert Online and Genshin Impact but also launches live video on just in ‘just chatting’ topics sometimes.

Zeus is a 35-year-old Spanish guy who started making video content years ago. In addition to Twitch’s account, the Youtube channel is also very targeted, with a lot of uploaded content. His latest videos are about Black Desert Online, but there are also TERA or Albion online themed videos here. In contrast, in addition to Black Desert Online, in Twitch, he also plays Genshin Impact and Bless Unleashed. He is also present in the other most popular social media interfaces and actively uses them.

And finally, a lady is on the list! O3ojingga deals almost exclusively with the live broadcast of Black Desert Online on Twitch. She also produces video content on YouTube, where she uploads shorter videos about the game. She’s a 63 LVL sorcerer.

Choice, who is a 25-year-old Canadian guy playing a LVL 64 full PEN berserker, streams just Black Desert Online on Twitch. He usually broadcasts from node wars, but there is also a lot of PVE content in his broadcasts.

He is streaming Black Desert Online daily. He presents Sieges every Saturday, Nodewars, GvGs and his daily progress in BDO.

He is a passionate streamer who loves to worship his favorite pastime, 2D & 3D video games. He is looking for people with whom he can share his passion. He streams every day on a schedule, in addition to Black Desert Online he also broadcasts Witcher 3, Gothic, and Postal 2 gameplays.

He started streaming Black Desert Online and relentlessly broke to the top. He automatically instructed everyone behind him, as we’re talking about a veteran streamer with an incredible fan base. So he can stand up to the top of the imaginary podium on our list with his quality and incredibly entertaining shows. Anyway, on his Twitch channel, we can find also mobile game broadcasts, League of Legends or Tekken 7 themed streams, and lots more.

Certainly the biggest BDO financial consultant out there, Blade has offered a ton of knowledge on the game’s economics, while finding ways to keep his stream & videos entertaining and unique! Sadly, after some recurring toxic incidents on his stream – and even though he has been sponsored by Pearl Abyss themselves – he decided to quit streaming BDO. But not before he gave away his entire account’s worth to his audience, spending 100s of billions to buy items for players, and sell them back at minimum price!

The post The 10 Best Black Desert Online Streamers on Twitch appeared first on Altar of Gaming.