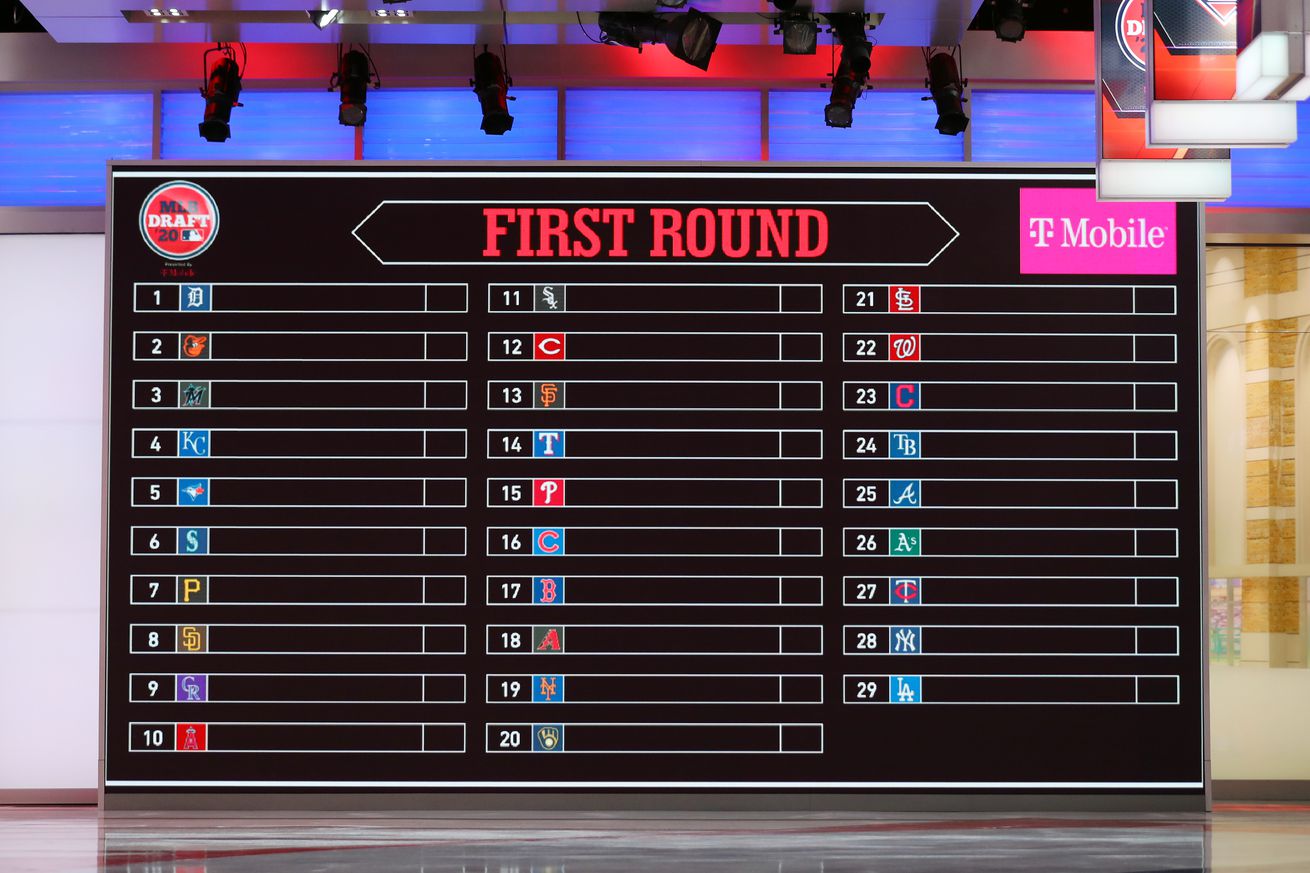 The history of UNC baseball at the MLB Draft

Aaron Sabato added to a decently long list of Tar Heels selected in the first round of the MLB Draft.

The 2020 MLB Draft kicked off last night and the major story from a North Carolina perspective was whether or not Aaron Sabato would be selected. He was seen as a possible late first round or second round pick, but it turned out to be the first one as the Minnesota Twins picked him at #28.

It’s far too early to know whether or not the Twins are a good landing spot for Sabato or how his career will turn out. Instead, let’s take a look at some of the Tar Heel history he became a part of with his selection.

With Sabato’s selection, UNC have had 18 players selected in the first round over the years. (22 if you count the various secondary drafts that used to exist.) Three of those were taken in the top five, with B.J. Surhoff being the lone Tar Heel to be selected first overall. Surhoff’s pick came all the way back in 1985, but the majority of these recent high picks have come in the Mike Fox era. Twelve of the 17 have come in the last 20 years, with the highest being Dustin Ackley in 2009. Besides Surhoff and his long career, Andrew Miller and Matt Harvey are the best of that bunch, despite each going through ups and downs at points.

Dozens of others have been selected in later rounds. The most successful of that group is probably Kyle Seager, who has had a very nice nine-year career with the Mariners. According to the Wins Above Replacement stat at Baseball Reference, Seager is closing in on Surhoff in the race to being the best ever Tar Heel to play in the major leagues. Besides him, Walt Weiss, Chris Iannetta, and Scott Bankhead all put together 10+ year career from a non first round selection.

While it’s just five rounds this year, the MLB Draft is typically quite long. For example last year it was 40 rounds, and for some reason it was 100 rounds in 1996. That length has meant that some of the more interesting picks in UNC history have come late in the MLB Draft.

In 1994, the Cubs took Eric Montross in the 62nd round. Yes, that Eric Montross. The national champion center had been a pitcher in high school, and Chicago apparently took a shot on him. Not shockingly, Montross opted to stick with basketball and went on to a decently long NBA career. To this day, the 62nd round and #1547 overall is the latest any UNC player has been picked.

Another one of the more interesting late picks happens to be the first ever Tar Heel picked. Danny Talbot went in the 26th round of the first ever MLB Draft in 1965. Due to the aforementioned secondary drafts that used to exist. Talbot would be selected in five different drafts from 1965 to ‘67. He eventually ended up with the Orioles’ organization, where he played just one solitary season in the minors. All that for just 63 career professional games.

The latest ever Tar Heel picked to reach the majors is Trevor Kelley, who went in the 36th round in 2015, and went on to make his debut last year. (Technically, two players, Adam Warren and Jacob Stallings, have gone later than Kelley and made the majors, but they’re not counted as both didn’t sign and went on to be drafted higher in a later year.)

There’s a chance for more Tar Heels to be selected today in the second through fifth rounds, so we’ll see if anyone else is added to this esteemed list.

The history of UNC baseball at the MLB Draft