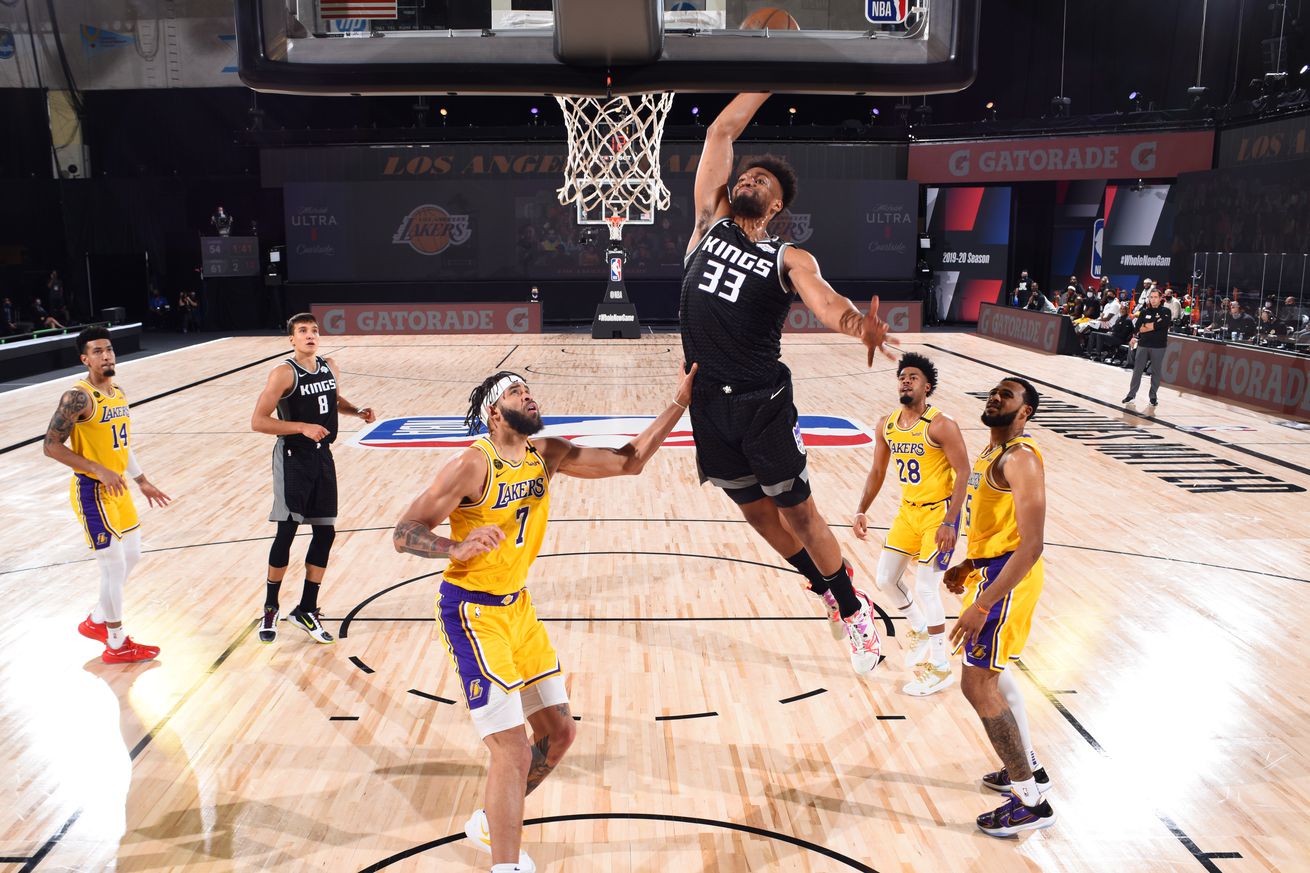 The bouncy Parker gives the Kings one more reason to prioritize running this season.

Editor’s Note: Welcome to our 2020 Kings Season Preview series, where we’ll be looking ahead to what this season will bring for every member of this Sacramento roster and pondering both best and worst-case scenarios. Today, let’s continue with Jabari Parker.

How did he get here?

The Kings acquired Parker in the Dewayne Dedmon trade at last season’s trade deadline along with Alex Len. Len moved on to Toronto, but Parker exercised his player option to remain in Sacramento.

During his media day availability, Parker explained that decision, saying “I just had a good relationship with Luke (Walton), and pretty much, it’s easier when you start off with a team that has known you. It’s hard when you come out of nowhere and they already have their philosophy, so I knew that starting off with a team was going to be very important. And that’s all I cared about. Money is my least of my worries because I don’t submit to money as the master that I serve. I just focus on good energies and just being a good person, and just trying to milk my talent the most as I can.”

Parker can be an otherworldly athlete when he is fully healthy, and if can keep his burst up throughout the season, he will be a seamless addition to this team’s transition attack. When Parker is on the court, his teams have always completed more possessions in transition and they’ve been more effective recently. Last season, for example, the Hawks had the 19th-best transition offense overall, but their numbers with Parker on the floor would have been the best in the league by far.

The best-case scenario for Parker is that he provides another springy body off the bench to keep the pace frenetic for all 48 minutes. He’s a devastating lob target and finishes everything around the rim, which gives the Kings guards someone to dump the ball off to on their drives to the basket. On defense, Parker is able to rotate comfortably between the 4 and 5 and hang with wings in a pinch thanks to his lateral mobility, making him a natural fit in what figures to be a switch-heavy scheme under Rex Kalamian. He isn’t a stout isolation defender, but makes an impact in help thanks to his high steal rate, leading to more open-court opportunities for the offense.

What is his worst-case scenario?

The Kings have a multitude of frontcourt options in Richaun Holmes, Hassan Whiteside, Marvin Bagley III, and Nemanja Bjelica, not to mention Harrison Barnes or the two training camp invites (Chimezie Metu and Frank Kaminsky), so the worst-case scenario for Parker is that he gets completely buried in the rotation. That or Sacramento prioritizes four-out or five-out lineups, and Parker can’t hang because of his nonexistent 3-point stroke and his inability to protect the rim.

The doomsday scenario would be if Parker’s injuries catch up to him. He hasn’t played 70 games in a season since his sophomore campaign, and it’s probably still unwise to use him on back-to-backs in this condensed regular season considering he only played 38 games in 2019-20.

Parker is a really electric offensive player, and as he’s bounced around the league, he’s figured out how to remain an effective scorer while not having the ball in his hands. If the Kings fully lean in to their fast-paced offensive identity, Parker should have a role as a rim-running five whose defensive deficiencies don’t quite stand out within a defensively-challenged team overall. At 25 years old, he’s a player who could even be a part of the future in Sacramento. The Kings didn’t have a choice in Parker staying for the 2020-21 season, but having him around could still be a boon.