Saturday Night Genealogy Fun: How Did You Get Started in Genealogy Research?

NOTE: I will be blogging each day from the Family History Library and RootsTech 2019 in Salt Lake City for the next week so my posts, which normally go live at 6:00 a.m., won’t be online until evening on most days.

Randy Seaver has issued the Saturday Night Genealogy Fun challenge of the week:

1)  Jacqi Stevens recently suggested, in her blog post “The Networks of Life,” the question “How did you get started in researching your genealogy?”

2)  This week, let’s tell our “getting started in genealogy research” story.


Like Randy, I was not one of the millions who jumped into family history, inspired by Alex Haley’s Roots. In fact, I didn’t watch it or read the book because I was living in Mexico at the time and didn’t have access to satellite television that included U.S. channels. (Yes, it was available.)

Instead, in 1979, I became interested in the family history because the story in my mother’s family was that we weren’t directly descended from the presidential Adams family (her maiden name was Adams and my relatives lived in Massachusetts), but that we were from “that” Adams family. That would be Henry Adams (158301646) of Braintree, Massachusetts.

My original quest was to take my Adams line back until it connected to, or didn’t connect to, Henry Adams. Back then, long distance research was done by mail. Luckily for me, my Adams line stayed put for a number of generations, parked in Calais, Washington, Maine.

From there, though, the Adams bunch, and there were a lot of them, headed into New Brunswick, Canada, not back to Massachusetts.

In less than a year, I had my Adams line traced back to Edward Adams in Milford, Connecticut by 1640. There not only is no family connection between Henry and Edward Adams, it turned out that my Adams line included one John Adams, LOYALIST, who fled to Canada with his family in 1783. Nope, not a presidential connection to be found.

That trek alone was enough to hook me in for good. However, I also wanted to know about my maternal grandmother’s family and my paternal grandparents’ lines. Luckily for me, Grandmother and Nana were a fountain of knowledge and were probably each about 98% accurate in stories they shared with me about my colonial New England and Slovak lines.

Of course, there were brick walls and some of those stood strong and firm for decades. Time and technology has helped to break down many of them.

Genealogy treks in the United States and in Europe have led me to ancient cemeteries: 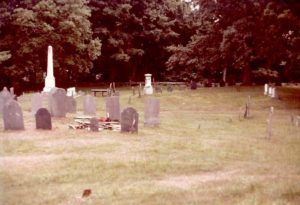 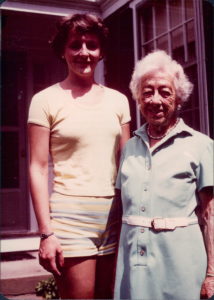 to visiting the churches of Copenhagen: 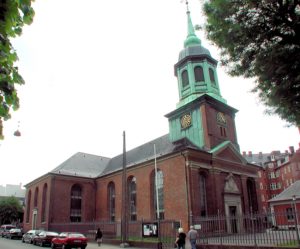 and the U.S. National Archives: 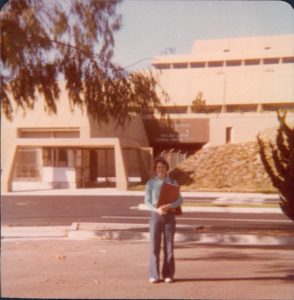 I have one cousin to whom I am eternally grateful for all his help, knowledge and decision to make me the current caretaker of the family history. That would be my cousin, Charles Chadwick (1923-2006), who technically was my grandfather’s first cousin and my first cousin twice removed. 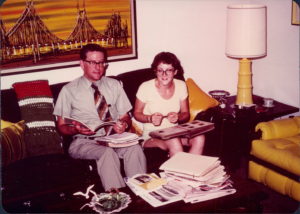 Charles and I, with albums I shipped from CA to RI!

Charles totally fed my growing obsession with learning all I could about my family history, but also my husband’s family history, which was totally different than mine, given his Southern and German roots.

Also like Randy, I am not finished. There are about 15,000 people in the family tree and almost as many photos and documents.

On my bucket list, and maybe a trip for 2020, is visiting the German and Slovak ancestral villages of our families.

Jacqi and Randy, thank you for this week’s topic. It was a lot of fun reminiscing about starting down the path of the best hobby in the world!

Saturday Night Genealogy Fun: How Did You Get Started in Genealogy Research?