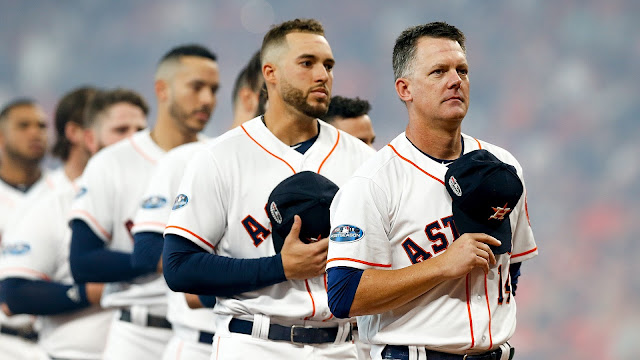 Hinch makes first public appearance...
A.J. Hinch will get another opportunity to manage in Major League Baseball.
This is not an endorsement or a belief he said the right things during his interview by Tom Verducci of the MLB Network. In fact, the interview might have raised more questions than answers but I do feel it was the critical first step for Hinch as he tries to rebuild his image and position himself for a job in 2021. 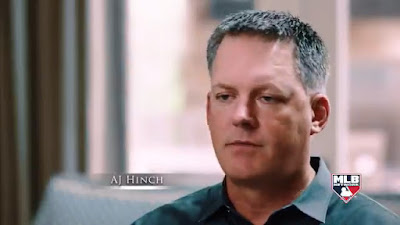 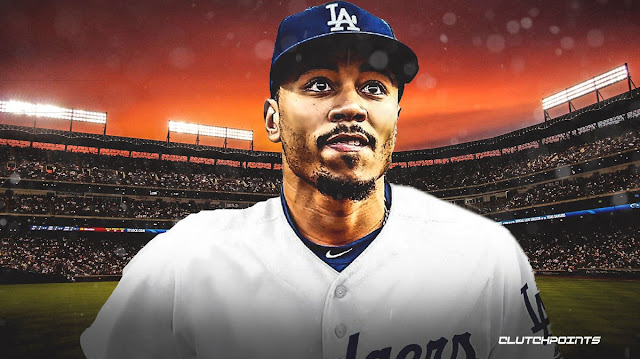 Based on MLB Commissioner Rob Manfred’s words this week, we should expect news of the Red Sox investigation before teams start reporting to camp on Thursday.  I am not expecting much in the way of penalties against Boston but I hope their former manager Alex Cora receives no less than a two-year suspension. A lifetime ban would be better. Unlike Hinch who did not support the cheating but did nothing about it, Cora was an active conspirator with the players, perhaps its ring leader, and the proven liar should receive harsher treatment than Hinch. How the Commissioner handles Cora’s involvement as an active participant in the cheating scandal sets the tone for MLB’s future tolerance of dishonest play. Be a man, Manfred. Eliminate the game’s cancer.
I guess I should touch on the Yankees since this is a Yankees blog. Like all of you, I was disappointed to hear the news about James Paxton and how the lower back surgery to remove a cyst will keep him out of action until late May or early June. It certainly shows why J.A. Happ, now sporting number 33, has remained on the Yankees roster. I had expected Happ to be traded before Opening Day but at this point, he will accompany the team to Baltimore for the March 26th opener.  I have my doubts whether he’ll end the season as a Yankee.  I can’t see the Yankees allowing him to reach the milestone to kick in the 2021 option on his contract (165 innings pitched or 27 games started). I also can’t see the Yankees sitting Happ to keep him from reaching those milestones. I think they’ll find a way to move Happ at some point without sacrificing his ability to trigger the 2021 option. It makes too much sense to eliminate all or part of the money owed to Happ to create opportunity for younger, cheaper arms.
For the short-term, keeping Happ is fine. It opens the door for Jordan Montgomery to grab a spot in the rotation. If everyone was healthy and Happ still on the roster, it most likely would have meant a trip to Scranton/Wilkes-Barre for Monty. But now, he seems to be the odds-on favorite to head north with the big league club. While it is possible that we’ll see Deivi Garcia, Michael King, and/or Clarke Schmidt make their Major League debuts this season, I feel their time will come later in the summer.
I do hate the talk that James Paxton (and the suspended Domingo German) will be like ‘trade deadline acquisitions’. The team will be better when they return but they are not deadline acquisitions…just like Gleyber Torres is no longer 22. The downside or risk is potential injury to other starters before or when Paxton and German return, making them replacements instead of additional starters.  Paxton will easily slide back into the rotation (obviously), but German’s future probably depends upon how well Montgomery does. I am hoping Monty grabs his rotation spot and does not let go.
As teams are scurrying to bring in veteran players on minor league deals, I thought the Yankees would be more active than they have been. The latest veteran receiving a MiLB deal from the Yankees with Spring Training invitation is former Cleveland Indians reliever Dan Otero. Not exactly a name to get excited about. With Paxton headed to the 60-day Injured List to start the season, it seems like now would be a good time to ink Taijuan Walker or Aaron Sanchez to a minor league deal. The bloom is off both pitchers but they once held great promise and are still young. Both are summer of ’92 babies, making them 27 years old to start the season. I like the upside potential, especially if they come to camp on a minor league contract. As The Greedy Pinstripes’ Daniel Burch likes to say, there is no such thing as a bad minor league deal.
It was great to see Gary Sanchez, Adam Ottavino and Gio Urshela on The Michael Kay Show yesterday. I am ready to see our favorite Pinstriped players voice their words and thoughts from the grounds of Steinbrenner Field in Tampa and watch them prepare for the championship 2020 season. And, oh yeah, Gerrit Cole is a Yankee.
As always, Go Yankees!