Good morning, my friends. Grace and peace to you today.

There have been a lot of really good Kindle deals recently.

(Yesterday on the blog: The Last (Melodramatic) Hymn)

Samuel James: “Facebook recently announced it is changing its name to Meta—short for ‘metaverse.’ As it rebrands, it continues its movement toward posthuman ambition that has been evident for many years. For nearly a decade, Facebook has been shifting the company away from an ethos of connecting real people and toward a kind of permanent digital habitation, the contraction of life so as to fit inside algorithms.”

Is Violent Crime Under God’s Providence?

When Angels Aren’t Enough to Make You Believe

“Zacharias couldn’t believe his ears when the lot was cast and it landed on him. As a priest, he had performed thousands of animal sacrifices, but he had never had the honor of offering incense in the Holy Place. Over 20,000 priests served at the temple, and most would never set foot inside. To have your name drawn was a once-in-a-lifetime opportunity. Zacharias took a deep breath as he stepped inside the hallowed chamber.”

This is an important distinction. “Simplicity is one thing, scarcity another. One is a lifestyle you choose, and the other a lifestyle forced on you.”

The Life we Cannot Live

This is a helpful explanation of the active obedience of Christ–a key theological term.

9 Things To Know About T. B. Joshua

“In June 2021, prominent Nigerian born religious leader T.B. Joshua died, leaving a large contingent of mourning followers in Africa and around the world. With an acclaimed status as a “great man of God”, the wealthy megachurch pastor earned popularity as well as notoriety.” Here is a “snapshot of the man behind the miracles.”

Flashback: God Is Not More, Cannot Promise More, or Do More…

Why do Christians make such a big deal of Jesus? Here’s why… 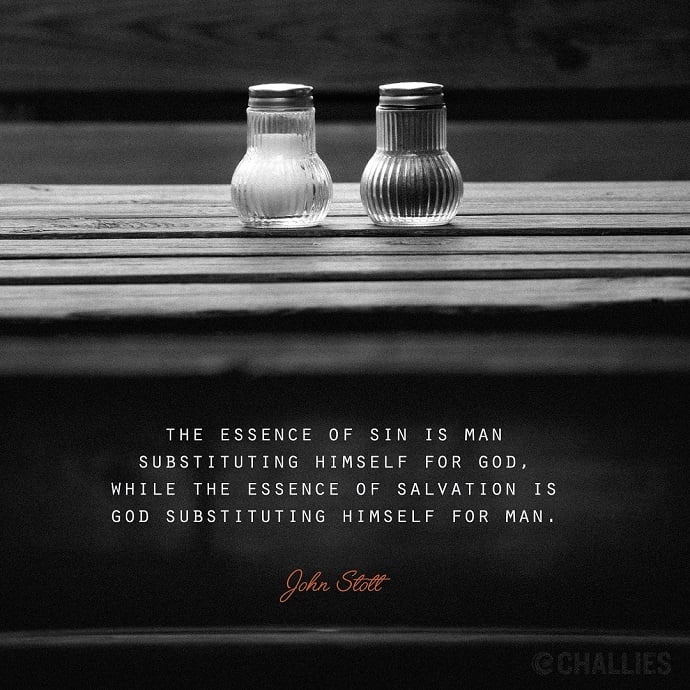