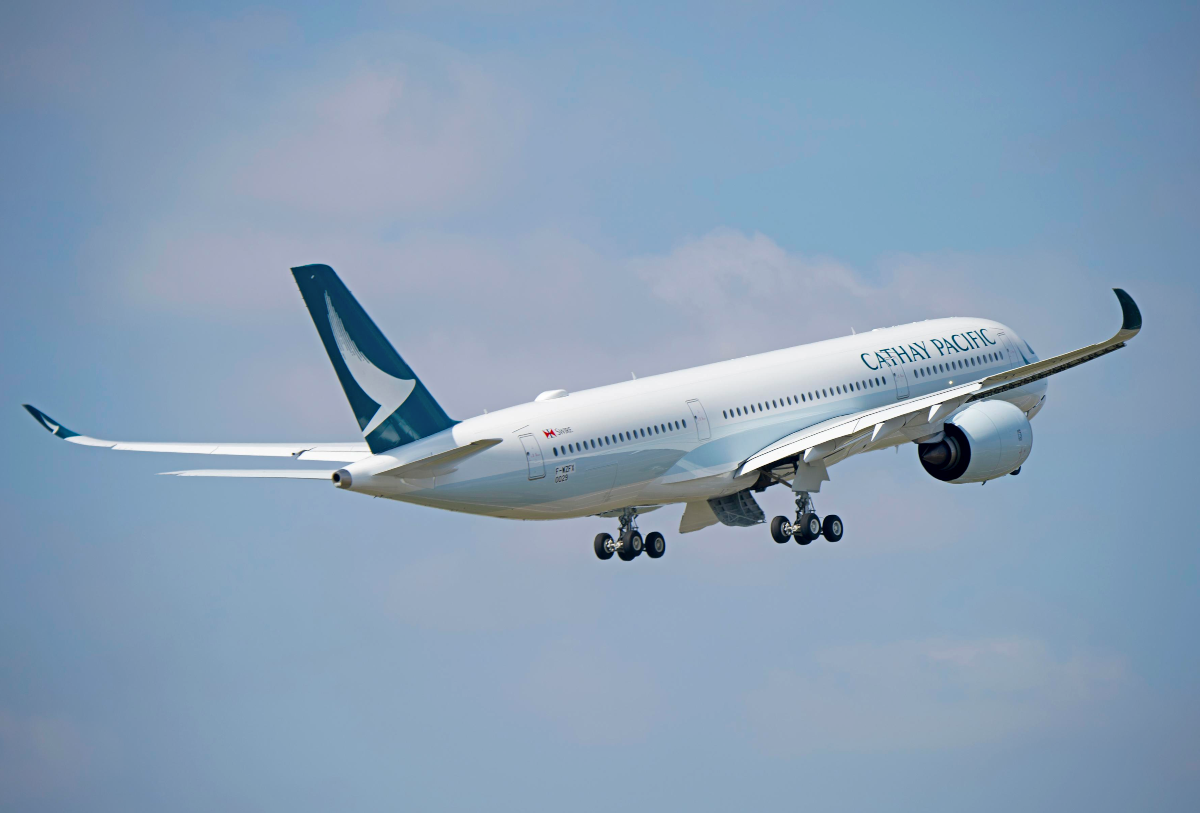 A Long Road To Recovery For Cathay Pacific

Airlines without a domestic network to fall back on have been particularly hard hit by the travel downturn now nearly two years old, and none more so than Hong Kong-based Cathay Pacific. Across October, Cathay Pacific’s passenger capacity was down by around 90% compared to its October 2019 capacity.

Monthly numbers from Cathay Pacific remain in the doldrums

Cathay Pacific carried a total of 76,430 passengers across October. The month’s revenue passenger kilometers were down 96.1% compared to October 2019. Capacity, measured in available seat kilometers remained 89.9% down on October 2019 levels.

Global travel data firm OAG says Cathay Pacific is offering 25,473 seats across its network this November, compared to 110,515 seats in November 2019. The number of routes the airline is flying has dropped from 119 to 41.

“Overall, we only managed to operate approximately 10% of our pre-pandemic passenger capacity compared to October 2019,” Mr Lam said in a statement.

“While our long-haul routes were less strong, our short-haul operations remained robust with demand for flights serving Asia remaining encouraging, in particular those serving the Philippines, Indonesia, and Vietnam.”

In a recent OAG webinar about the recovery of aviation in Southeast Asia, John Grant, Chief Analyst at Midas Aviation, suggested Cathay Pacific had a long road ahead of it. Asked about Hong Kong’s former role as a gateway city into China, Mr Grant was pessimistic about the current state of affairs.

“Whereas elsewhere we talk about a recovery in about two to three years, at worst, I can see it taking five years plus for Hong Kong to recover to previous levels of capacity,” Mr Grant said. “By that time, what is left of Cathay Pacific?”

Mr Grant said Hong Kong’s recent announcement that it is following Beijing’s example and implementing some of the harshest quarantine requirements in the world was a worrying development for the city and its position as a gateway.

“A three-week quarantine in Hong Kong at the moment … it’s just impossible for travelers to plan and accept three weeks in a hotel,” he said. But Hong Kong and China may now point to the fast-evolving Omicron situation as an added reason for this tough stance.

The Midas Aviation partner says one of the casualties of this policy position is Hong Kong’s aviation and its headline carrier, Cathay Pacific. John Grant says he feels “sorry” for Cathay Pacific.

“While much of its gateway connectivity is into China, and that’s where it probably sees its future, I think it’s a big concern… They were in the middle of quite a large expansion plan. They were using their A350s to open new routes to the United States and Europe, and it’s all been blown away, and you can’t see it coming back quickly.

“To go from 119 routes, many of which were in China, down to 41 at this moment in time – that connectivity and that multiplier effect you get from various connections have been lost.”

When 2021 finishes, Cathay Pacific says it expects to record a better second half than first half, but warns the year’s losses will be substantial.

“Our operating environment continues to be one of considerable uncertainty,” says Cathay Pacific in its statement. “Travel and operational restrictions continue to greatly impact our ability to mount flights, and we are still facing many challenges to both our passenger and our cargo business as the COVID-19 situation in different parts of the world continues to evolve.”

A Long Road To Recovery For Cathay Pacific