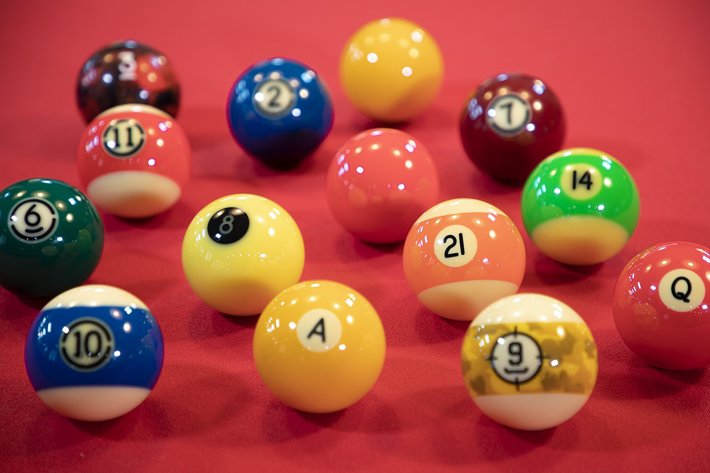 The probability distributions introduced in this article generalize what is known as infinite convolutions of centered Bernoulli or Rademacher distributions. Some of them are singular (examples are provided), and these probability distributions have an infinite number of parameters, resulting in unidentifiable models. There is an abundant literature about particular cases, but typically quite technical and hard to read. Here we describe more diverse models including generalized random harmonic series, yet in simple terms, without using advanced measure theory. The concept is rather intuitive and easy to grasp, even for someone with limited exposure to probability theory.

The distributions presented here are associated with a sum of independent random variables defined as follows:

Here pk = 1/2. The parameters are the ak's. We are interested in the case where n is infinite. Of course, all the odd moments are zero due to symmetry, thus E(Yn) = 0. We are especially interested in the distribution of the normalized variable Zn. When n is infinite, the generally continuous support domain can be infinite, finite, or fractal-like like (the Cantor set is a particular case). Of course the minimum (respectively the maximum) is achieved when all the ak's are - 1 (respectively +1), and these two quantities determine the lower and upper bounds of the support domain. Examples are discussed below. The uniform and Gaussian distributions are examples of limiting distributions, among many others. Numerous references are included.

Then it is easy to establish the following:

The fourth and six moments are explicitly mentioned here, probably for the first time. They can be recursively derived from the MGF using the approach described here. The dominant term for the second, fourth, and six moments are respectively equal to 1, 3, and 15. This is obvious by looking at the above formula. Interestingly, these values 1, 3, and 15 (along with the fact that odd moments are all zero) are identical to those of a normal N(0,1) distribution. The Gaussian approximation generally holds when the variance for Yn becomes infinite as n tends to infinity.

The probability distribution depends only on An(r) for r = 2, 4, 6, and so on. So two different sets of ak's producing the same An(r)'s, result in the same distribution. This is important for statisticians using model-fitting techniques based on empirical moments, to check how good the fit is between observed data and one of our distributions. In some cases (see next section), the density function does not exist. However the cumulative distribution function (CDF) always exists, and the moments can be retrieved from the CDF, using a classical mechanism described here. Even in that case, the above formulas for the moments, are still correct. 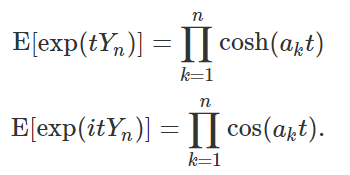 Here cosh stands for the hyperbolic cosine. If ak = 2^k (2 at power k) then as n tends to infinity, the CF tends to (sin t) / t. This corresponds to the distribution of a random variable uniformly distributed on [-1, 1]. For details, see here. The CF uniquely characterizes the CDF.

This case corresponds to ak = b^k (b at power k), with b  >  1. The case b = 2 was discussed in the last paragraph in section 1. If b = 2, it leads to a continuous uniform distribution for Zn as n tends to infinity. In the general case, since Var[Yn] is always finite, even if n is infinite, the Central Limit Theorem is not applicable. The limiting distribution can not be Gaussian. Also, the support domain of the limiting distribution is always included in a compact interval. However, if both b tends to 1, and n tends to infinity, then the limiting distribution for Zn is Gaussian with zero mean and unit variance. I haven't fully proved this fact yet, so it is only a conjecture at this point. The closer you get to b = 1, the closer you get to a bell curve.

There are three different cases: 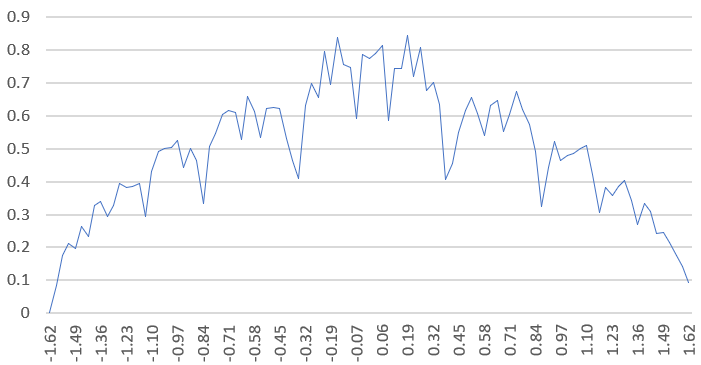 Figure 1: Attempt to show how the density would look like if it existed, when b is the golden ratio

For other similar distributions, see my article on the Central Limit Theorem, here, or chapter 8, page 48, and chapter 10 page 63, in my recent book, here. See also here, where some of these distributions are called Cantor distributions, and their moments are computed. The case when pk (introduced in the first set of formulas in this article) is different from 1/2, can also lead to Cantor-like distributions. An example, leading to a Poisson-Binomial distribution, is discussed here.

This case corresponds to ak = k^s (k at power s) with s  >  0. The most well-known case is when s = 1, thus the name random harmonic series. It has been studied, for instance here. It can be broken down in three sub cases:

The first identity is well-known. More can be found here. If you allow s to be a complex number, the setting becomes closely related to the famous Riemann Hypothesis, see here. Other distributions related to the Riemann zeta function are discussed here.