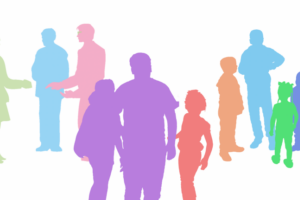 A Politics of Care: How the Science of ACEs Deepens Our Emotional Vocabulary

From SuzanneZeedyk.com: “[UNICEF Head of Campaigns and Advocacy, Benjamin] Perks argues there are three broad areas of ‘catastrophic burden’ that can occur during childhood, which drive lifelong inequality. It is possible for children to experience each of these independently or together or, indeed, not at all. The three areas are:

Perks believes we have become socially conscious of the first two burdens. Efforts throughout the 19th and 20th centuries have built up an awareness of exclusion and poverty. These are now regarded as major policy issues that can be addressed through reform and intervention. We may not have solved these problems yet, but we have legitimised them and developed a vocabulary that lets us talk about their causes and solutions.

That is not the case with emotional poverty. In the 21st century, we find ourselves at the very beginning of a public consciousness of this ‘catastrophic burden’. This weight, carried by children, has remained so hidden from our cultural awareness that we didn’t even know it was a thing to be named.

One of the reasons we don’t have a richer vocabulary for emotional poverty is because, in Perks’ view, it hasn’t been regarded as necessary. His experiences growing up in care led him to see how trauma and neglect have been perceived as marginal issues, experienced by only a small proportion of the population. If trauma occurs for merely a minority, why would we all need to talk about it? Isn’t it sufficient for any ‘language of trauma’ to be limited to professionals within, say, the care and social work systems, since they are the ones charged with concern for such marginalised groups?

In essence, by ‘othering’ trauma, mainstream society has freed itself from the responsibility of figuring out how to talk about it.

The ACEs framework inherently challenges that view. It crushes any option to ‘other’. The findings from surveys conducted across multiple countries by the World Health Organisation and other bodies show that, on average, 60% of adults have been affected by at least one serious adverse childhood experience. What was once considered to be marginal has been mainstreamed.

This shift brings the need for a richer emotional lexicon. Perks puts it this way in an article written in 2019:

‘There is a need for a politics that can talk about love, wellbeing, trauma, violence and hope, [about] the social and emotional drivers of all of our behaviour and decisions’.

That is a challenge for most Western societies. A politics of love? What on earth is that? Encouragingly, contemporary calls for a ‘politics of care’ are taking us in that direction. The concept of a ‘caring economy’ defines economic prosperity not in terms of material wellbeing or wealth, but in terms of sustainable human wellbeing . . .

Perks’ analysis serves as a reminder that a caring economy will require us to grapple with emotions. This will be a big step. As he puts it, ‘The main political discourses in our society don’t do emotional. They only do economic and power.’ The ACEs frame will help with that, because it will not let us look away. It insists that we pay attention to emotional processes. It insists that we talk about them. It insists that we get better at recognising our children’s [and our own] emotional needs.”

A Politics of Care: How the Science of ACEs Deepens Our Emotional Vocabulary