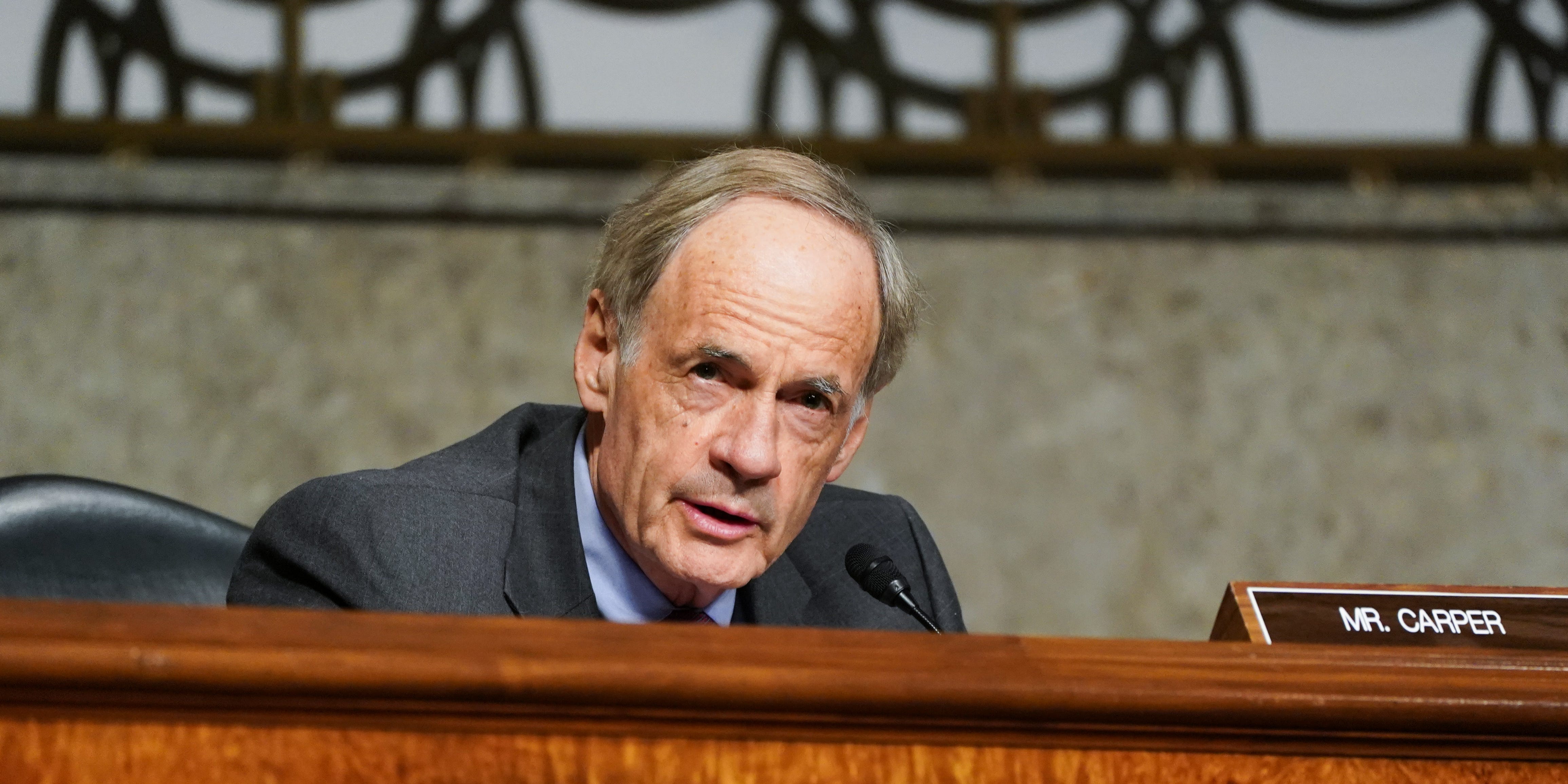 Eight Senate Democrats broke from the majority and voted on Friday against the $15 minimum wage hike proposed by Sen. Bernie Sanders.

The vote scrapped Sanders' push for the provision to be added back into the stimulus package being negotiated in Congress, after Senate parliamentarian Elizabeth MacDonough ruled that it should be nixed.

MacDonough ruled that the minimum wage increase violates the "Byrd Rule," which prohibits "extraneous" policies as part of a reconciliation bill or resolution.

"It is hard for me to understand how drilling for oil in the Arctic National Wildlife Refuge was compliant with the Byrd rule, but raising the minimum wage is not," Sanders said.

President Joe Biden has also expressed support for gradually raising the minimum wage to $15 an hour.

The bill was abandoned in the Senate after eight Democrats voted against the proposal:

"My only vote is to protect the Byrd Rule: Hell or high water," the senator told CNN in February. "Everybody knows that. I'm fighting to defend the Byrd Rule. The President knows that."

Sinema, another key moderate who had previously thrown cold water on the minimum wage hike, also voted against the proposal on Friday. To represent her "nay" vote, the Arizona senator dramatically voted with a "thumbs-down" to the Senate clerk, sparking backlash from progressive senators.

Despite her "thumbs-down" vote, Sinema said in a statement that she would be open to renegotiating a minimum wage increase "separate" from the relief package.

"Senators in both parties have shown support for raising the federal minimum wage, and the Senate should hold an open debate and amendment process on raising the minimum wage, separate from the COVID-focused reconciliation bill," Sinema said in a statement.

Tester voted against the proposal on Friday. Manchin said he and Tester hoped the spending in the stimulus package as a whole would be better "targeted" and "helping the people that need help the most."

Shaheen's office told Boston.com, the news site for the Boston Globe, in a statement that the senator from New Hampshire supports the minimum wage hike, but only with "safeguards" to protect small businesses and restaurants that have borne the economic brunt of the coronavirus pandemic to ensure they "don't go under."

"I also think we should work with some of those folks who are affected to help figure out how we can get them through an increase in the minimum wage," Shaheen told WMUR9. "We have nursing homes in New Hampshire who are having difficulties employing people because of the wage scale."

Another senator from New Hampshire, Hassan, rejected the minimum wage hike proposal. Like Shaheen, Hassan said she supports a separate bill to push the increase through Congress rather than bulking it with the stimulus package.

"Well so there's isn't going to be an increase in the minimum wage in this package," Hassan said in an interview with WMUR9. "That being said, I think it's really important that we all recognize that people who work 40 hours a week should be able to get by. They shouldn't be living at or below the poverty level when they're working hard."

King, an independent from Maine who typically caucuses with Democrats, also voted against Sanders' proposal. He told The Wall Street Journal last week that, while he supports increasing the minimum wage to $15 an hour, he expressed concern that increase labor costs could prompt businesses to make lay off employees.

During the pandemic, "a lot of restaurants are just hanging on by the thread," he said.

Two senators from Delaware, Sens. Carper and Coons, were surprising dissenters to the minimum wage hike, especially hailing from Biden's home state where local Democrats have thrown their support behind such a policy.

Carper threw cold water on the proposal on Friday, citing a need to protect struggling businesses from the increased labor costs.

"I have backed a $15 minimum wage on the federal level for years," Carper said in a statement to Delaware Online. "At a time when our economy is still slowly recovering, though, policymakers have a responsibility to be especially mindful of the fragile state of small businesses all across this country - many of which are fighting just to stay open during this unprecedented crisis."

Like the other senators who dissented, Coons said he was concerned about how the minimum wage increase would impact small businesses.

"Every Democrat and many Republicans agree that the federal minimum wage of $7.25 is too low and has been for too long," Coons said in a statement to Delaware Online. "It has to be raised. President Biden has called for us to raise it to $15 an hour. I will work with my colleagues on legislation to raise the minimum wage and index it annually."