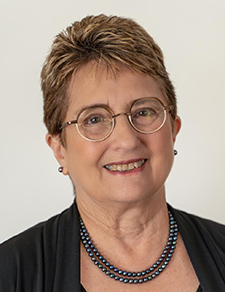 A worldwide treaty to end violence against women

Fifty years ago I joined what was then known as the women’s liberation movement. I was a member of the Twin Cities Women’s Union and worked with the Women’s School where we offered classes on everything from poetry to childbirth to auto mechanics. I have continued to work for women’s rights ever since. Those early experiences ultimately led to me to my recent work on the creation of the first globally binding treaty for ending violence against women.

Global Rights for Women works internationally with nongovernmental organizations and others to create legal and systems change to end violence against women and girls. We are awed by the women we work with all over the world who dedicate their passion, energy and skills to keep women in their communities safe while simultaneously working to change the laws and systems of their countries to end violence against women. They persist in the face of severe obstacles and challenges, often to their own safety.

Despite the heroic efforts of women around the world, violence against women remains horrifically pervasive. According to the World Health Organization, it impacts 1 in 3 women worldwide. UN Women calls this a “shadow pandemic,” which has only intensified since the outbreak of COVID-19.

But not all countries have been successful in adopting and implementing strong laws to prevent violence against women and girls. Activists in these countries must look beyond their own borders for standards, practices and the authority to effectively prevent violence against women. They must look to international and regional laws to hold their governments accountable.

Yet international law does not offer sufficient protection. Right now there are regional treaties, such as the Belém do Pará Convention in Latin America, the Maputo Protocol in Africa and the Istanbul Convention in Europe, which have all proven effective, but leave out three-quarters of the world’s population. Efforts made to retrofit CEDAW (the Convention on the Elimination of All Forms of Discrimination Against Women) to be interpreted to include violence have not been successful.

Because our experience has demonstrated the grave need for stronger legal mechanisms, Global Rights for Women has joined Every Woman Treaty, a coalition of 1,700 women’s rights leaders in 128 countries that came together to address this seemingly intractable problem. Its purpose is to achieve an international treaty to end violence against women and girls. Yesterday, a week before the UN Women’s 16 Days of Activism Against Gender-Based Violence begins on Nov. 23, Every Woman Treaty released the first draft of a global treaty to end violence against women and girls after eight years of extensive research and consultation with experts. The treaty will now go to U.N. member states who are being urged to finalize and ratify this important international agreement.

The First Draft Global Treaty to End Violence Against Women and Girls was created in consultation with frontline activists, survivors, medical experts, academics, human rights attorneys, legal scholars, diplomats and policymakers. It’s considered a “first draft,” because ultimately it is the member states of the United Nations which will need to ratify it and weigh in on the final version.

Already the president of Nigeria, the secretary general of the Organization of American States, the former Minister of Women’s Affairs in Afghanistan, and four Nobel Laureates, have come out in favor of this global treaty. We look forward to other nations to join them in leading the call for the treaty.

I believe that a binding international treaty on violence against women will help us achieve our vision of a world where women and girls live free from gender-based violence, attain equal rights and reach their full potential as human beings. Readers can learn more about the treaty and add their support at Every Woman Treaty.

Helen Rubenstein is senior counsel for Global Rights for Women, an organization based in Minneapolis.

A worldwide treaty to end violence against women