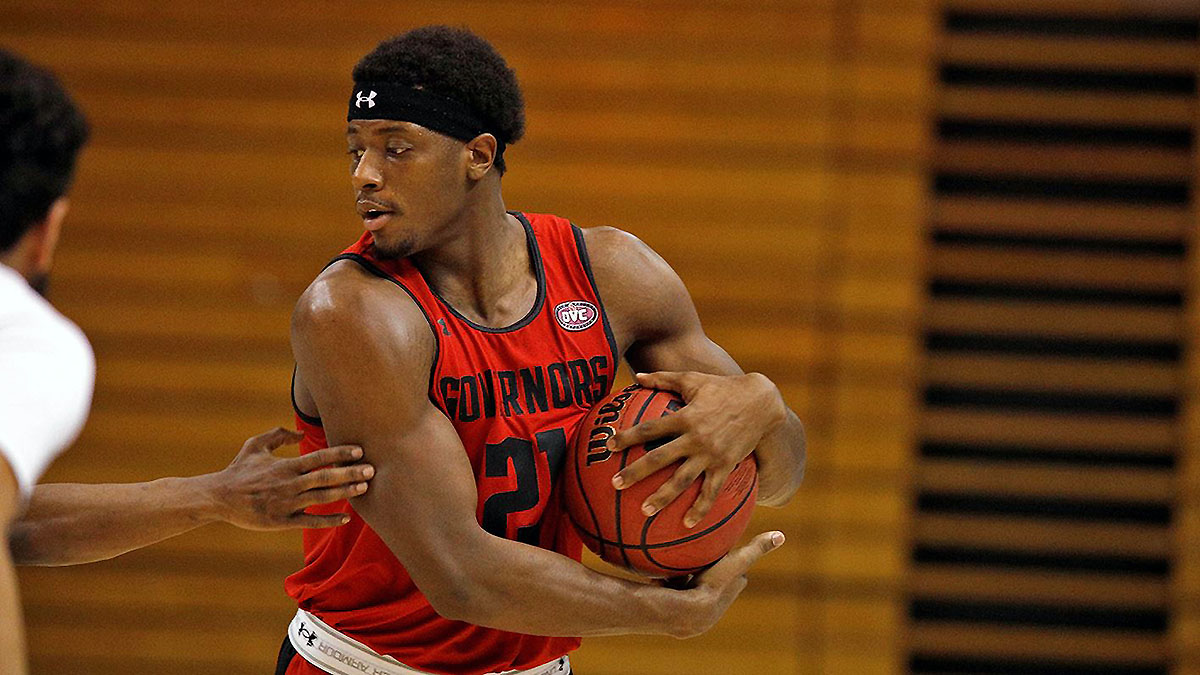 Clarksville, TN – Seeking its best 10-game start since the turn of the century, Austin Peay State University (APSU) men’s basketball team will welcome Eastern Kentucky to the Dunn Center for the start of the 2021 calendar year. 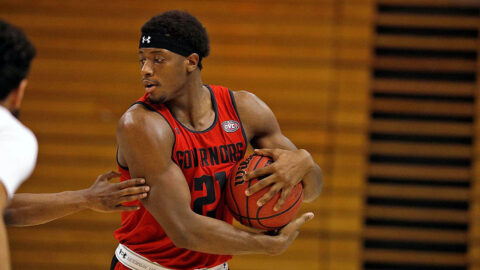 The Govs and Colonels will square off in a 4:00pm clash following the conclusion of and sanitation procedures after the 1:00pm tip between the universities women’s teams.

This will be the last opportunity for fans to see the APSU Govs in the friendly confines of the Dunn Center for a while, as the APSU Govs will embark on a four-game road trip that will take them to SIU Edwardsville, Eastern Illinois, UT Martin and Southeast Missouri before returning home January 21st against Tennessee Tech.

About the Eastern Kentucky Colonels

What Eastern Kentucky has done through its first 10 games has caused the rest of the Ohio Valley Conference to sit up and take notice. With returning All-OVC guard Jomaru Brown held to just four appearances and West Virginia transfer Brandon Knapper seeing action in just two games, the Colonels have nonetheless gone 8-2 with notable nonconference wins against North Florida, USC Upstate and High Point; the Colonels also took Xavier, currently ranked 20th in the USA Today Coaches Poll to overtime before falling 99-96 back on November 30th.

So how have A.W. Hamilton’s charges coped with limited appearances from two of their more prominent players? For starters, Tre King has come into his own as the focal point; he’s one of three players in the league’s top five in scoring (16.8 ppg) and rebounding (8.0), along with Terry Taylor and UT Martin’s Cameron Holden. King posted 25 points and 13 boards in the Xavier contest to earn OVC Men’s Basketball Player of the Week honors and has been going strong ever since.

Perhaps more impressive has been the players who have gotten the most extended run in the absence of Brown and Knapper. True freshman Wendell Green Jr. and redshirt freshman Curt Lewis are combining for 20.0 points, 7.6 rebounds, 7.0 assists and 3.8 steals per game despite being one of the youngest backcourt pairings around. The veteran presence of Reginald Gee and the steady perimeter defense of Alec Woodard could be two keys for the Govs as they look to stymie the young Colonels.

The Govs held off a hard-charging Eastern Kentucky outfit which hit 61 percent from the floor in the second half but exited Clarksville with a 93-85 loss, February 15th, 2020. Austin Peay State University outrebounded the Colonels 47-32, garnering a 23-10 advantage on second-chance points for their 15th consecutive home win.

Keep An Eye On

APSU has scored at least 30 points in the paint in five straight games.

Sophomore Carlos Paez has hit exactly 50 percent from the floor in eight of nine games this season.

Gee is averaging 12.8 points and 3.8 rebounds on 44.7 percent shooting from the floor over the last four games.

Freshman Tai’Reon Joseph is averaging 11.0 points, 1.0 steals and 2.3 three-pointers per game since moving into the starting lineup ahead of the McKendree game.

Milestone Watch—Career: Terry Taylor will move into the career top-five in starts with 110 if he’s among the starting five for the APSU Govs. He also needs four field goal attempts to become the sixth player in program history with 1,500 attempts in his career

APSU Govs in the time of COVID-19

For the 2020-21 season, Austin Peay State University athletics will allow approximately 35 percent capacity in the Dunn Center for home basketball events. There will be no lower bowl seating for fans during the season. The lower level will be limited to players, coaches, and game-day support staff only. Seats will be assigned to create a buffer between groups to ensure social distancing is maintained.

Students seating will be located in sections AA-BB for both men’s and women’s games. Masks or facial coverings are required to enter the Dunn Center. They must remain in place at all times unless eating or drinking. Failure to comply with any of these measures, by fans or media, could result in immediate expulsion from the arena.

Check back at LetsGoPeay.com and on Austin Peay State University’s Official Athletics Facebook page often for up-to-date news about all APSU Governor athletics, as well as the Governor men’s basketball Twitter page (@AustinPeayMBB). Live stats will be available during the game at PeayStats.com, and all home games and Ohio Valley Conference games can be viewed on the ESPN+ app.