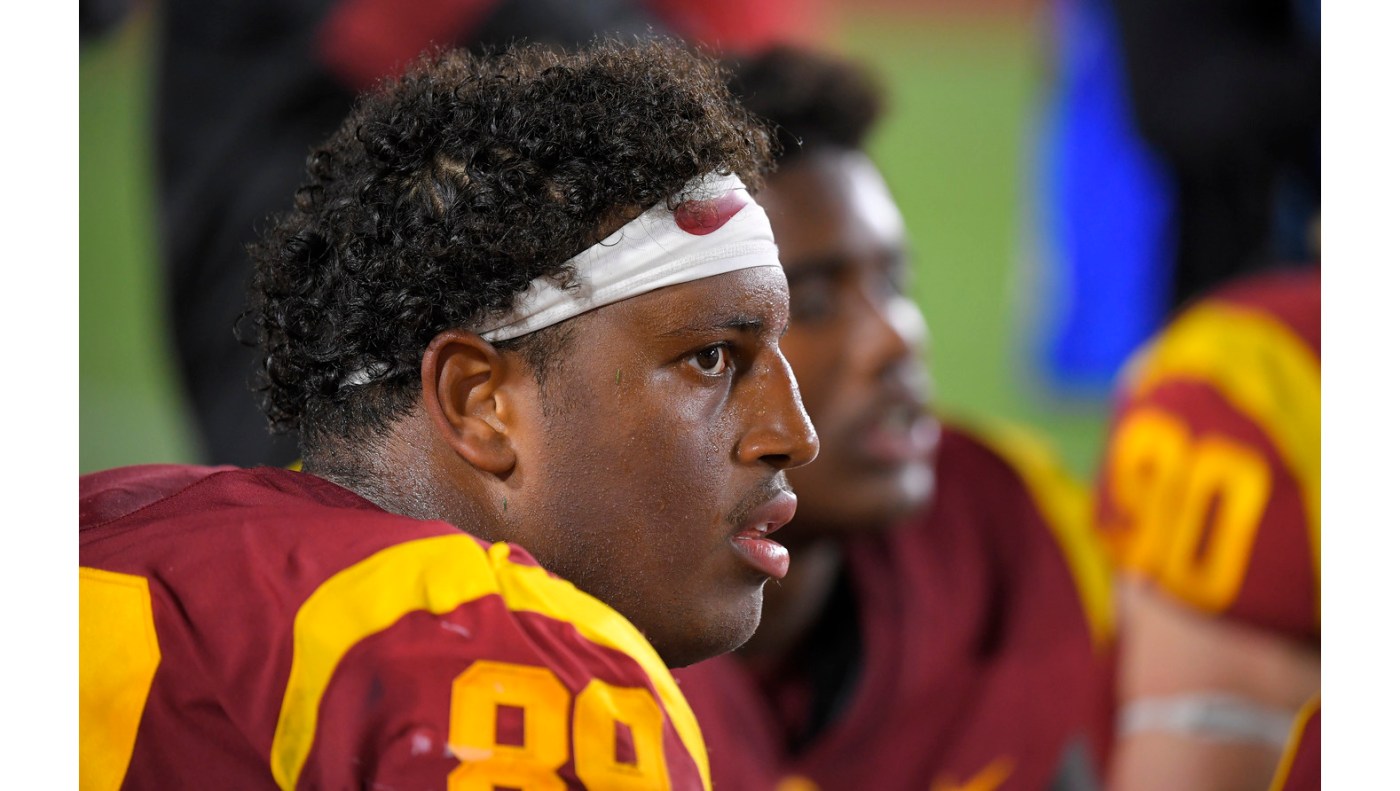 LOS ANGELES — USC defensive end Christian Rector found himself in an unfamiliar situation in Provo on Saturday: On the sidelines in street clothes, unable to play.

The senior captain had only missed two games in his career due to injury prior to last weekend, but an ankle injury suffered against Stanford made him a game-time scratch against BYU.

So he felt a little powerless as he watched the Trojans fall to BYU, 30-27 in overtime.

“It’s definitely tough watching the team,” Rector said. “I loved the way they battled and fought vtil the end.”

Rector has been a full go at practice the last two days. When asked if his ankle was back to full health, the senior said, “More or less.”

“Excited for this week, excited to play on Friday and get back out there,” Rector said.

Defensive coordinator Clancy Pendergast was noncommittal about a potential Rector return on Friday against No. 10 Utah, but he admitted his presence would be a boon for USC.

Getting their starting end back would be a big boost for USC, which struggled with containment against BYU. But it’s far from the only injury concern for the defense.

Nickle cornerback Greg Johnson is going through the concussion protocol and cornerback Isaac Taylor-Stuart did not practice on Tuesday with an undisclosed injury.

Former USC quarterback Matt Leinart was named to the 2019 Rose Bowl Hall of Fame class, it was announced on Tuesday.

The former Heisman Trophy winner is the 25th Trojan to earn the honor. Leinart led USC to two Rose Bowls, in 2004 and 2006. In the first appearance, the former Mater Dei High standout threw three touchdown passes and caught another on a trick play in a 28-14 victory over Michigan.

The 2006 appearance was, of course, the epic BCS title game between USC and Texas, which the Trojans lost 41-38. Fittingly, Leinart enters the Rose Bowl Hall of Fame a year after his Longhorns counterpart from 2006, Vince Young.

Leinart will be honored in a ceremony outside the Rose Bowl on New Year’s Eve and will receive a plaque at the Court of Champions at the stadium. He will also take part in the Rose Parade beside his fellow inductees, former Ohio State quarterback Cornelius Green, former Washington running back Jacque Robinson and former Harvard coach Eddie Casey.