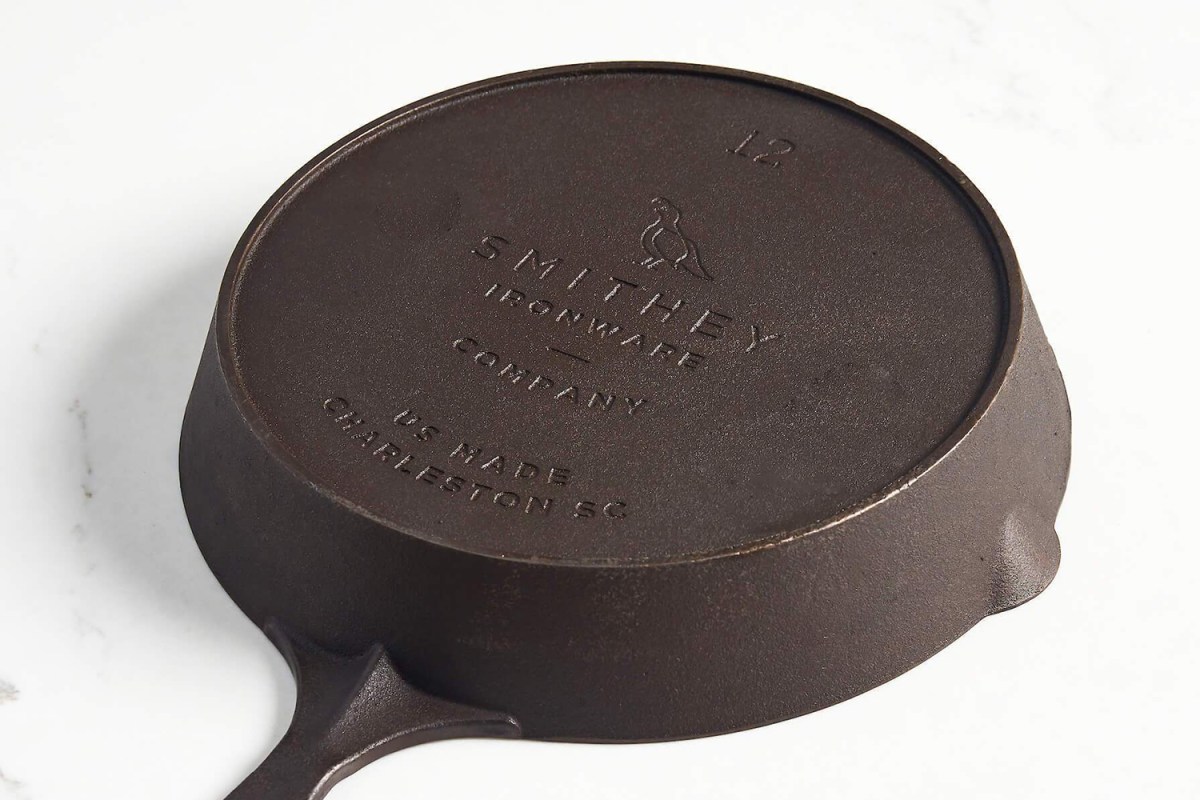 “We like to think of Smithey as wedding gift cast iron.” That’s what I wrote about the South Carolina cast-iron purveyor in my recent breakdown of the 10 best skillets out there. But as it turns out, it was possible for the pans to become an even more perfect gift, for any occasion.

Smithey recently announced that they now offer laser engraving on three different cast-iron skillets, including the traditional No. 10 and No. 12, and the No. 14 which features two handles (with the number corresponding to the diameter at the top of the pan). We’re taking up your time today to tell you about this — a development that may seem relatively trivial when it comes to other products — because custom engraving is a rarity in the cast iron world.

After all, for all the talk about cast-iron skillets lasting forever (which is true, if you take care of them), the material is brittle compared to other metals used in cookware, so it makes sense that most producers don’t want to deal with the headache that comes with chipping away at their handiwork. But unlike other engraved cast-iron pans you’ll find out there that rely on milling machines, Smithey is using laser engraving. Possibly because they’re using this more efficient process, the cost of customizing your pan comes out to just $40, which seems like a steal to us when we’re talking about $160-$240 pans.

Here’s how it works: They give you 30 characters (letters, numbers and symbols on the keyboard all fair game) which will get etched into the back of the pan underneath the company name and above the “US Made” label, with a preview image shown on the website while you type. It’s not a no-holds-barred type of customization, but it has the potential for a huge impact.

Got any weddings coming up post-vaccination? Put the couple’s names and wedding date on the back and boom — you instantly have the best wedding gift. Don’t have anything ready for Mother’s Day? Better hurry, they need two weeks to churn these out. Our opinion? Go ahead and order yourself one of these for making it through the first year of the pandemic. This is one of our favorite cast-iron skillets available today (we’ve got a full review coming soon), so you can’t go wrong — engrave your name, a line from a poem or even the date you buy it, so you can show your kids or grandkids how long you’ve had it when you eventually pass it on to them.

Sign up for more daily deals and recommendations from InsideHook's, The Goods, delivered straight to your inbox.