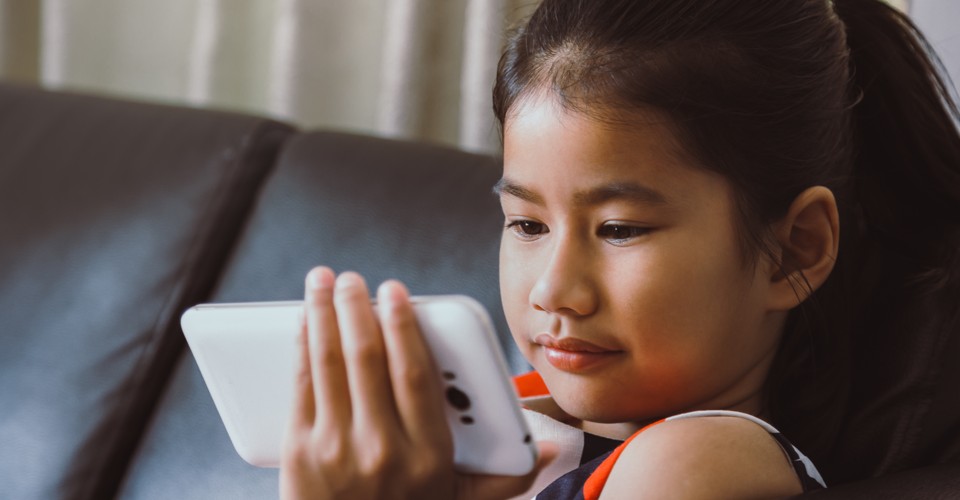 When Kids Realize Their Whole Life Is Already Online

For several months, Cara has been working up the courage to approach her mom about what she saw on Instagram. Not long ago, the 11-year-old—who, like all the other kids in this story, is referred to by a pseudonym—discovered that her mom had been posting photos of her, without prior approval, for much of her life. “I’ve wanted to bring it up. It’s weird seeing myself up there, and sometimes there’s pics I don’t like of myself,” she said.

Like most other modern kids, Cara grew up immersed in social media. Facebook, Twitter, and YouTube were all founded before she was born; Instagram has been around since she was a toddler. While many kids may not yet have accounts themselves, their parents, schools, sports teams, and organizations have been curating an online presence for them since birth. The shock of realizing that details about your life—or, in some cases, an entire narrative of it—have been shared online without your consent or knowledge has become a pivotal experience in the lives of many young teens and tweens.

Recently a parenting blogger wrote in a Washington Post essay that despite her 14-year-old daughter’s horror at discovering that her mother had shared years of highly personal stories and information about her online, she simply could not stop posting on her blog and social media. The writer claimed that promising her daughter that she would stop posting about her publicly on the internet “would mean shutting down a vital part of myself, which isn’t necessarily good for me or her.”

But it’s not just overzealous mommy bloggers who construct a child’s online identity; plenty of average parents do the same. There’s even a portmanteau for it: sharenting. Almost a quarter of children begin their digital lives when parents upload their prenatal sonogram scans to the internet, according to a study conducted by the internet-security firm AVG. The study also found that 92 percent of toddlers under the age of 2 already have their own unique digital identity. “Parents now shape their children’s digital identity long before these young people open their first email. The disclosures parents make online are sure to follow their children into adulthood,” declares a report by the University of Florida Levin College of Law. “These parents act as both gatekeepers of their children’s personal information and as narrators of their children’s personal stories.”

[Read: The perils of “sharenting”]

Preschools and elementary schools often keep blogs or upload photos of kids to Instagram accounts and Facebook pages so that working parents can feel like a part of their kids’ day. Sports scores are recorded online, as are notable moments from after-school clubs.

When Ellen, an 11-year-old, finally decided to Google herself, she didn’t expect to find anything, because she doesn’t yet have her own social-media accounts. She was stunned when she found years of swim scores and sports statistics on the web. A personal story she wrote in third grade was also published on a class website with her name attached. “I didn’t think I would be out there like this on the internet,” she told me.

Ellen said that while she didn’t find anything too sensitive or personal, she was frustrated that all the information about herself had been posted seemingly without her consent.

“No matter what you do, it’s out there for people to know,” she said. “Even if you’re just swimming—the rest of the world will know. My meet records are out there; now people know I’m a swimmer. [The internet] tells you where all the swim meets are, so that would probably tell my general location. It tells you my school. Parts of my story online were in Spanish. Now people know I speak Spanish.”

Allie was in fourth grade the first time she Googled herself. Like Ellen, she wasn’t expecting to find anything, since she doesn’t yet have her own social-media accounts. Google turned up just a few photos, but she was shocked that there was anything at all. She immediately became hyperaware of the image her mother was building for her on Instagram and Facebook. “My parents have always posted about me,” she said. “I was basically fine with it … then I realized I was making an impression and I was an actual person online too, through her page.”

Not all kids react poorly to finding out they’ve been living an unwitting life online. Some are thrilled. In fourth grade, Nate searched his name and discovered that he was mentioned in a news article about his third-grade class making a giant burrito. “I didn’t know,” he said. “I was surprised, really surprised.” But he was pleased with his newfound clout. “It made me feel famous … I got to make new friends by saying, ‘Oh, I’m in a newspaper [online],’” he said. Ever since, he has Googled himself every few months, hoping to find things.

Natalie, now 13, said that in fifth grade she and her friends competed with one another over the amount of information about themselves on the internet. “We thought it was so cool that we had pics of ourselves online,” she said. “We would brag like, ‘I have this many pics of myself on the internet.’ You look yourself up, and it’s like, ‘Whoa, it’s you!’ We were all shocked when we realized we were out there. We were like, ‘Whoa, we’re real people.’”

Natalie’s parents are stringent about not posting photos of her to social media, so there are only a handful of photos of her out there, but she yearns for more. “I don’t want to live in a hole and only have two pics of me online. I want to be a person who is a person. I want people to know who I am,” she said.

Cara and other tweens say they hope to lay down ground rules for their parents. Cara wants her mom to tell her the next time she posts about her, and the 11-year-old would like veto power over any photo before it goes up. “My friends will always text or tell me, like, ‘OMG that pic your mom posted of you is so cute,’ and I’ll get really self-conscious,” she said. Hayden, a 10-year-old, said he realized several years ago that his parents used a dedicated hashtag including his name on photos of him. He now monitors the hashtag to make sure they don’t post anything embarrassing.

Once kids have that first moment of realization that their lives are public, there’s no going back. Several teens and tweens told me this was the impetus for wanting to get their own social-media profiles, in an effort to take control of their image. But plenty of other kids become overwhelmed and retreat. Ellen said that anytime someone has a phone out around her now, she’s nervous that her photo could be taken and posted somewhere. “Everyone’s always watching, and nothing is ever forgotten. It’s never gone,” she said.

In order to help kids navigate these waters, more elementary schools are rolling out digital-literacy programs. Jane, a 7-year-old, said she learned about her internet presence partly from her school in an online-safety presentation. Her father has also warned her about social media and lets her approve photos before they go up.

Still, Jane—who, like all the other kids in this story, spoke to me with her parents’ permission—worries. She’s too young to navigate the web on her own, but she feels that a lot of what’s out there on the internet about her is beyond her control. “I don’t really like how people know things about me, and I don’t even know them,” she said. “Thousands and millions of things are out there maybe.” Andy, also 7, is always on the lookout for people who might take unflattering photos of him. He once caught his mother taking a photo of him sleeping and, another time, doing a silly dance. He immediately told her not to post it on Facebook, and she obliged. He felt the photos were embarrassing.

Some legislatures are also getting involved. In 2014, Europe’s highest court ruled that internet providers must give users the “right to be forgotten.” Under the ruling, European citizens can petition to have past damaging information, including crimes committed as a minor, hidden from Google search results. And in France, strict privacy laws mean kids can sue their own parents for publishing intimate or private details of their lives without consent. In the United States, however, teens and tweens aren’t offered such protections, and many simply walk on eggshells. “You definitely just have to live cautiously,” Ellen said.

Jaime Putnam, a mom in Georgia, said she has started to be more mindful of the fact that many of her kids’ friends don’t yet know how much information about themselves is out there. Recently she saw on social media that one of her child’s friends got a puppy. She brought it up when she next saw him, and he looked at her, horrified. He had no idea how she had learned that seemingly private information. “It made me realize these kids don’t know what’s being posted all the time,” she said. Now she’s careful about what she reveals. “It kind of feels like you’re maybe crossing a line telling them everything you know about them.”

This article originally included an account of a lawsuit that The Atlantic was unable to verify. It has since been removed.

When Kids Realize Their Whole Life Is Already Online