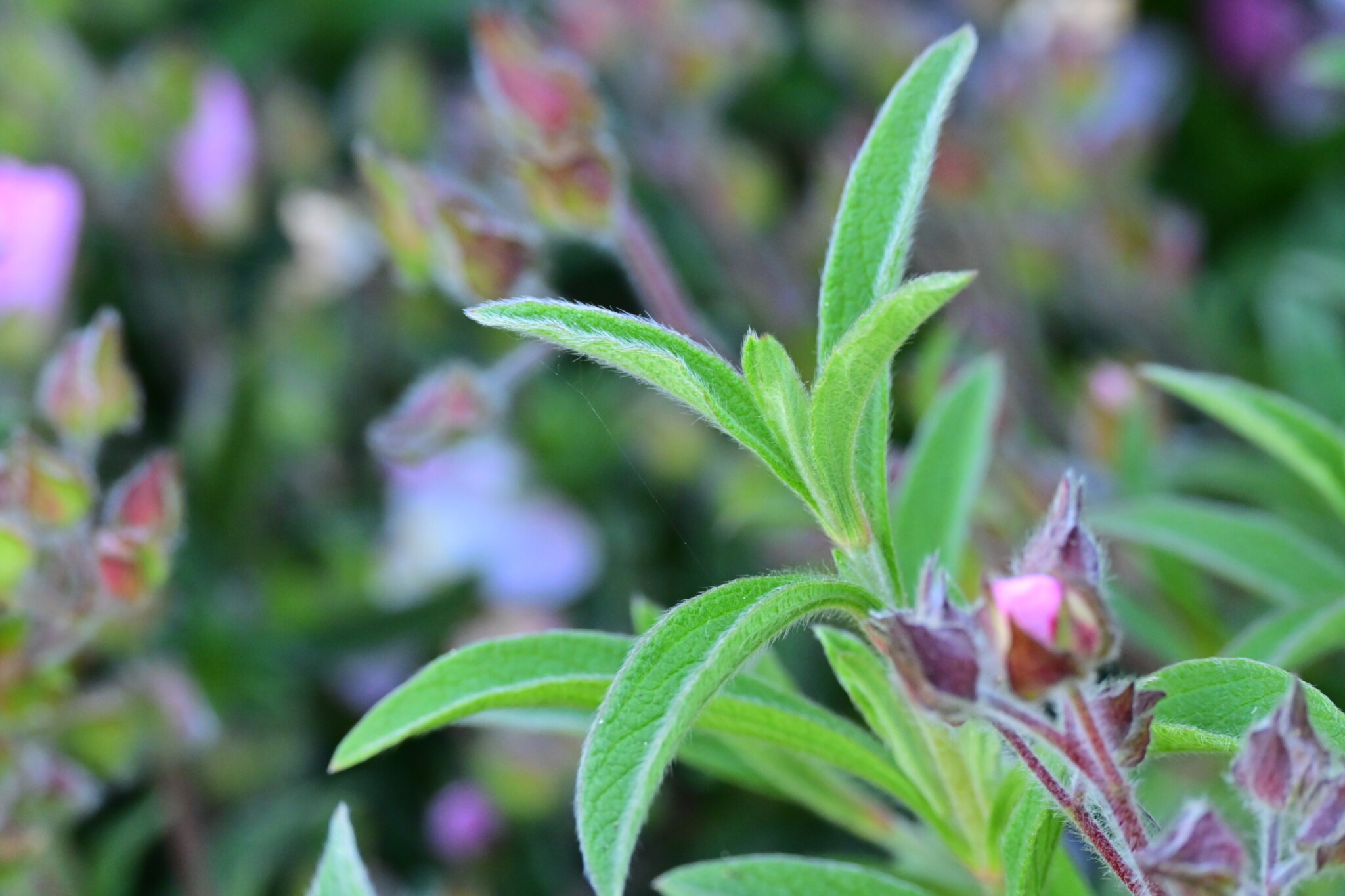 I don’t know how or why I first acquired, much less planted, three Cistus ‘Silver Pink’.  I know that I had absolutely no interest in, or attraction to them.  The only cistuses I loved were white with no blotch – the huge, crushed crepe-paper flowers of Cistus ‘Bennet’s White’ and the wonderfully clippable and fried-egg-flower sporting Cistus salvifolius.

But somehow I ended up with them.  The only plausible explanation was that I had this one section of the garden with sandy soil, used around some bit of built infrastructure, and thought it would suit a cistus, lavender, rosemary etc, and discovered that cistus had become really hard to find.

So I shoved them in, and rarely thought of them again.  In their first year of flowering, I cast them nothing more than a cursory glance.  My first thought was that one of the weedy dog roses that plague the surrounding paddocks had settled in, with simple, single, five-petalled pale pink bloom.  But as soon as the thought entered my head, I realised what I was looking at, and moved on.

But a couple of years later, when the shrubs had grown to solid domes of grey foliage to about 60cm, the plant went to a whole new level.  Before flowering, its pendulous bracted buds were notably suffused with purple.  In fact, this had always been the case, but there hadn’t been enough of them to make any cumulative effect. Then a few flowers opened, and for the first time I acknowledged, and couldn’t help but enjoy, the perfect blend of grey foliage, pink flowers and the wash of the buds, which looks like they’ve been flushed with the pigment that’s about to emerge in the flowers.  None of these features is striking on its own, but the combination is very fine indeed.

Then a few weeks ago I was weeding nearby, and picked up on this strong, apparently man-made perfume.  It wasn’t at all like a standard floral scent – it was more balsam-like, kind of resinous and volatile.  I looked up to see who it was that was walking through my garden, thinking that that would be the only possible source.  But no one was there.  And as I worked my way closer to the cistus, it became clear where it was coming from.  As it turns out, a key perfume ingredient – labdanum – is extracted from some species of cistus, and a quick google search added the curious info that until we learned how to extract it chemically, it was combed from the beards of goats feeding on the plants.  Cistus ‘Silver Pink’ is not one of the source plants, but I’m assuming that that’s the scent I’m detecting.

When it comes to shrubs, I’m likely to start enthusiastically, and then slowly cool.  I’ll be excited about one or two aspects of its character, but eventually realise I’ve overrated them.  This is a rare case of the opposite.  Cistus x argenteus ‘Silver Pink’ has, you could say, really grown on me.

The post PLANT OF THE WEEK #37: Cistus x argenteus ‘Silver Pink’ appeared first on The Gardenist.