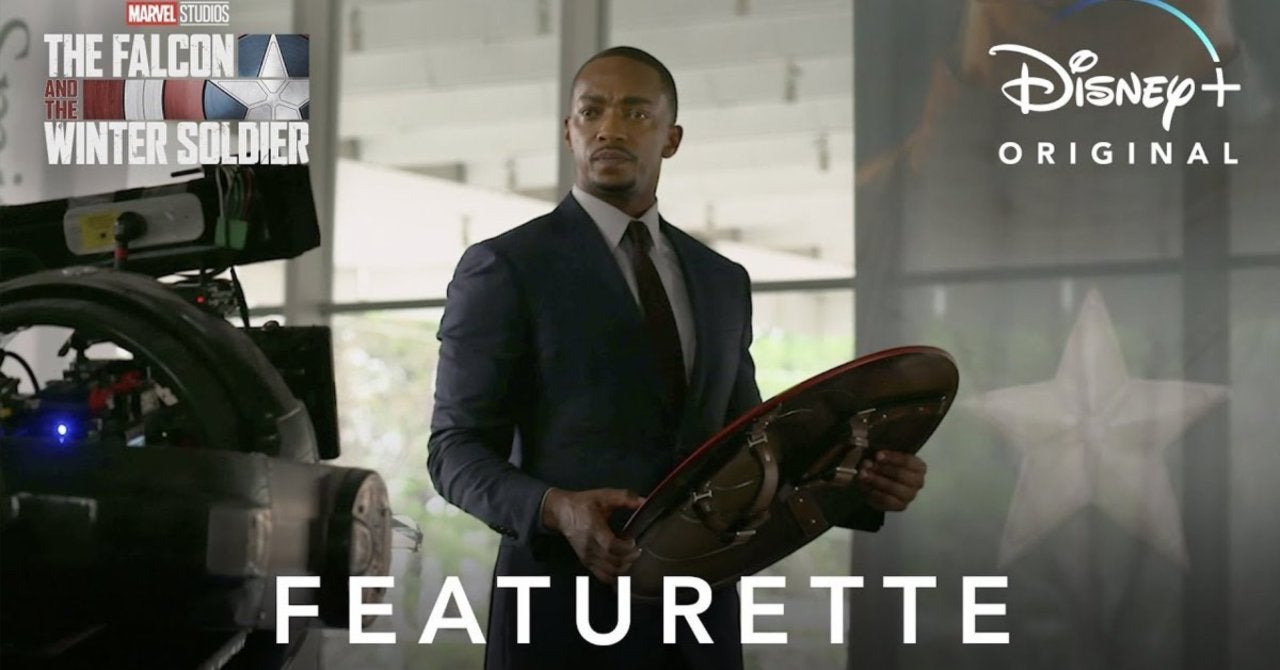 The Falcon and The Winter Soldier New Featurette Released

With the first episode having premiered earlier this month, fans have a better understanding of what's in store for The Falcon and the Winter Soldier, with an all-new featurette diving deeper into the story that is being set up and how it not only continues the themes of the big-screen adventures of the Marvel Cinematic Universe, but also how it carves its own path going forward. While it might not have the same production budget as theatrical outings, it's clear that the filmmakers behind the series will spare no expense at conveying not only the blockbuster action seen in previous films, but also bring more intimate explorations of these beloved characters. Check out the new featurette above and see new episodes of The Falcon and the Winter Soldier on Fridays on Disney+.

Despite recent appearances painting Bucky as a "hero" alongside the rest of the Avengers, one thing this series has already teased is that he's still suffering guilt from all of his actions he carried out while he was brainwashed by Hydra.

"I was excited about that, because I think we talked a lot about it in some of the other movies, and there was never enough time to just sort of explore him after Civil War and where he was at and how much he had confronted, how much there was still left for him to deal with," Stan recently shared with ComicBook.com. "So, this is really the perfect time for both of these characters to be learning more about themselves, the world they're in, and their priorities, and he's right up there with Sam on that."

New episodes of The Falcon and the Winter Soldier debut on Fridays on Disney+.

Watch The Falcon and the Winter Soldier on Disney+.

Note: If you purchase one of the awesome, independently chosen products featured here, we may earn a small commission from the retailer. Thank you for your support.

The Falcon and The Winter Soldier New Featurette Released