Nashville, TN – The Tennessee gas price average remains steady, increasing only a penny over last week. The Tennessee Gas Price average is now $1.90 which is four cents more than one month ago and 43 cents less than one year ago.

“Gas prices were predicted to decrease following the holiday, but robust gains in crude oil prices and the OPEC decision to increase production next year led to a number of states seeing pump price jumps of 3 to 12 cents,” said Megan Cooper, spokesperson, AAA – The Auto Club Group. “In Tennessee, the change in pump prices was minimal at only a penny increase and prices remain relatively cheap at 43 cents lower than this time last year.” 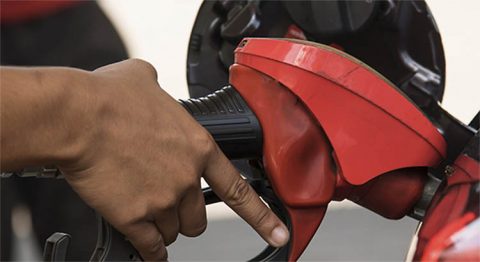 Pump prices increased on the week despite U.S. gasoline demand falling below 8 million b/d, the lowest weekly reading since June and the softest demand reading for the week of Thanksgiving since 1997.

Last week, crude oil prices (WTI) reached a high of $46.00/bbl, a price point not seen in nine months – since early March. However, it is possible that prices have capped and will decrease as coronavirus cases rise, which will likely contribute towards lower demand numbers this month.

Ultimately, that will lead to motorists seeing cheaper gas prices the closer we get to the holiday season. Last December the national gas price average was $2.57. One week into the month this year, the average is $2.15.

At the close of Friday’s formal trading session, WTI increased by 62 cents to settle at $46.26. Crude prices increased last week amid continued market optimism that vaccines for the coronavirus will be available in the coming weeks.

The market was also buoyed by the Organization of the Petroleum Exporting Countries and their allies, collectively known as OPEC+, agreeing to increase crude production by 500,000 b/d to total 7.2 million b/d beginning in January. This move follows reported disagreements among OPEC+ members whether to extend production cuts for another three to six months amid the pandemic, or – which they agreed to – to move ahead with plans to gradually increase production.

However, the cartel and its partners will review crude output monthly and adjust as needed. For this week, the ongoing surge in the number of coronavirus infections domestically may cap crude oil price gains, while states increase measures meant to stop the spread of the virus that could decrease oil consumption.

About AAA – The Auto Club Group

The Auto Club Group (ACG) is the second largest AAA club in North America with more than 14 million members across 14 U.S. states, the province of Quebec and two U.S. territories. ACG and its affiliates provide members with roadside assistance, insurance products, banking and financial services, travel offerings and more.

ACG belongs to the national AAA federation with more than 60 million members in the United States and Canada. AAA’s mission is to protect and advance freedom of mobility and improve traffic safety.