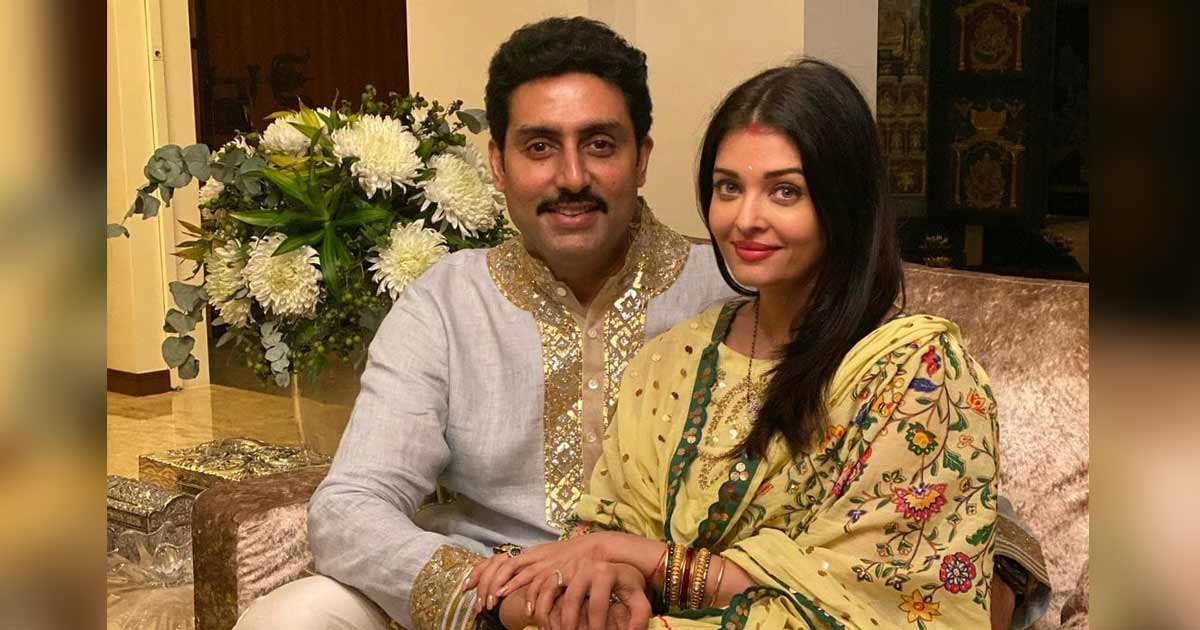 Abhishek Bachchan Recalls Aishwarya Rai Asking, “What Were You Saying?” When They Met For The First Time Years Ago

At a time when marriages doesn’t last even a decade, Abhishek Bachchan and Aishwarya Rai Bachchan’s marriage stood the test of time even though the two did not have a much-publicised “love story for the ages”. The two have worked in several films and their chemistry is much loved by the audience.

Not many know that Abhishek has worked in Aur Pyaar Ho Gaya before making his big Bollywood debut with Refugee. The film also marked Aishwarya’s first Bollywood film. Evidently, the two met on the sets of the film but their first interaction was awkward. Scroll down to know more.

Abhishek Bachchan recently appeared on The Ranveer Show podcast where he recalled his first meet with Aishwarya Rai Bachchan. He said, “I was working as a production boy for Amitabh Bachchan on Mrityudaata, and was sent to scout for locations in Switzerland, where I had grown up. Bobby Deol was also shooting his film, Aur Pyar Ho Gaya. They were at the same location as I and called me over for dinner. That was Aishwarya’s first Hindi film, and it was the first time I actually interacted with her. And whenever she talks about it, she jokingly says, ‘I couldn’t understand a word of what you were saying’. Because here I was, a kid from an international boarding school then went to Boston. I must’ve had some really heavy accent at that point. And she was like, ‘What were you saying?’ My father advised me to learn Hindi before starting his acting career in Bollywood.”

When Akshay Kumar Made Comments On ‘Male DNA’: “It Is Composed Such That He Will Stare At A Woman”

Meanwhile, Abhishek’s film Bob Biswas was released on Zee5 and it is already fan favourite. The film is a spin-off to the 2012 thriller Kahaani. It is helmed by Diya Annapurna Ghosh and produced by Red Chillies Entertainment.

Chitrangada Singh plays the role of Abhishek Bachchan’s wife in the film.

The post Abhishek Bachchan Recalls Aishwarya Rai Asking, “What Were You Saying?” When They Met For The First Time Years Ago appeared first on Koimoi.

Abhishek Bachchan Recalls Aishwarya Rai Asking, “What Were You Saying?” When They Met For The First Time Years Ago