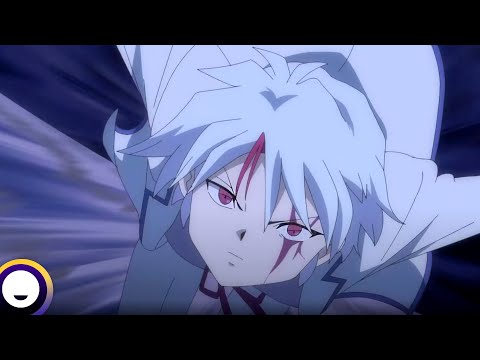 Action, Adventure and Timeless Classics: The Works of Rumiko Takahashi

For Women’s History Month, we’re featuring the incredible women of anime, from studios to characters and timeless creators.

We couldn’t celebrate Women’s History Month without honoring one of the most prolific mangaka of all time—Rumiko Takahashi. A creative powerhouse, Takahashi-sensei has brought us stories and characters that many of us got to grow up with over the last 40 years!

Born in Niigata, Japan, Takahashi moved to Tokyo and enrolled in university as well as at Gekiga Sonjuku, a famous manga training ground founded by Kazuo Koike. She was able to find balance between school and manga, turning out hundreds of art-filled pages in a span of two years.

Takahashi began her published career in 1978 with a one-shot entitled Katte na Yatsura (Those Selfish Aliens), which earned her an honorable mention in Shogakukan’s New Comic Contest. Its success and a passion for sci-fi quickly led her to Urusei Yatsura, published in the same year.

RELATED: The Works of CLAMP, From Cardcaptor Sakura to xxxHOLiC

The series focused on an alien race known as the Oni invading Earth. But before their attack, the aliens offered humans a chance to compete in a galactic version of the game tag. In it, we’re introduced to Oni’s own galactic royalty, Princess Lum, who is thwarted by Ataru, a man who steals her bikini top. This kicks off her infatuation with him.

It’s a series that Takahashi has said she always wanted to draw, and she spent time perfecting Lum’s design. Urusei Yatsura is a galactic epic, but at its core it’s a love story. The series earned her additional recognition, ran for nine years, and propelled her career to new heights!

After a string of short manga stories and OVA adaptations, Takahashi’s next hit came in 1987 with Ranma 1/2. Primarily a martial arts series featuring aspiring apprentice Ranma and potential fiancée/trainee Nabiki, the series quickly introduces its twist: Ranma was cursed into becoming a woman after being doused with cold water after falling into a mysterious spring.

Oh, and Ranma’s father was also cursed to turn into a panda when he came in contact with cold water. The series explored gender in a fun, comedic way, and Takahashi explained that this element was fueled by her interest in drawing boys and girls. This series gave her a chance to draw both.

She also made this twist a focus as she was worried that the series only had a male lead. This impactful change paved the way for the series’ own progression, as well as other anime and manga of the time.

Of course, we all know the next one. Takahashi’s next major hit arrived starring a loveable half-human, half-dog demon named Inuyasha. The series hit the mainstream in 1996—a favorite among female readers. It was packed with action and adventure, a signature style of Takahashi’s.

Starring a diverse set of characters, Inuyasha followed the titular character and Kagome on their quest to find the Shikon jewel shards. And Kagome herself was such an icon, putting boys in their place with her archery skills. She inspired little girls to be stronger and look toward greater goals.

The manga and anime became so popular that years later, we have a new series set in the world of Inuyasha called Yashahime: Princess Half-Demon. And we couldn’t be happier!

Whether you’re ready to dive into the incredible works of Takahashi, or just want to revisit the classics, you can catch Ranma 1/2, Inuyasha and Yashahime: Princess Half-Demon right here on Funimation.

UP NEXT: The Might and Magic of Sakura Kinomoto

Love creating content about anime? Pitch us a feature for Funimation Editorial!

Action, Adventure and Timeless Classics: The Works of Rumiko Takahashi