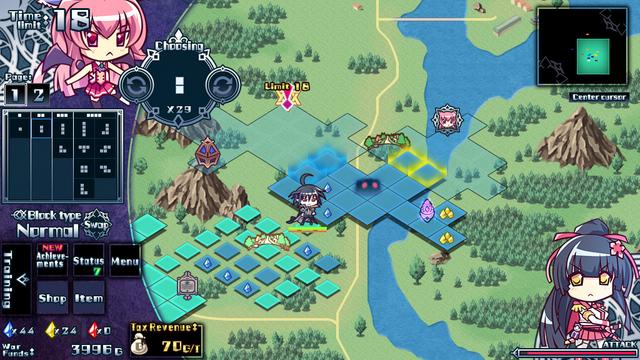 Liberate your lands from a witch in Escu:de and Element’s Re;Lord 2 ~The witch of Cologne and black cat~, an action RPG now available on Steam and Itch.io.

Re;Lord 2 ~The witch of Cologne and black cat~ continues the story from the first Re;Lord, following Wilfried’s fight for his people’s freedom, while also building upon the series’ unique gameplay mechanics. The original game served as an introduction to the conflict taking place in the country of Saarland. Half a year ago, the nation was invaded by the witches of ruin, who easily overpowered its military. In desperation, Saarland surrendered the region of Groessen to the witches, retreating its forces to prepare for future confrontations.

The witches have done as they pleased with the land and its inhabitants, turning many of them into toys or animals. Wilfried, the son of Groessen’s governor at the time, wasn’t willing to live as a subject of the witches. In an act of rebellion, he gathered allies and rose above to liberate his people. In the first entry of the series, he successfully defeated the first of the witches. Now, he’s looking forward to freeing the district of Cologne, ruled over by the terrifying Iris; however, upon hearing rumors of Wilfried’s previous victory, the military hired mercenaries to face off against Iris as well. This time, Wilfried isn't the only one planning to face the witch.

A large portion of Re;Lord 2 ~The witch of Cologne and black cat~ involves the conquest of Gaarland’s territories, using the game’s unique combat system. Each turn, the player can make progress across the map by placing down various tiles that allow them to move forward in specific patterns. Strategic usage of the tiles is key, as the player has to make their way to a marked checkpoint within a turn limit. If Wilfried encounters an enemy along the way, he will have to face them in battle.

Combat takes place in real-time. Wilfried can fight foes using magic spells of either wind, fire, ice, or thunder elements, doubling the size of his arsenal from the previous game. Spells can be cast by either choosing enemies or dragging along the screen for the area of effect attacks. Using magic requires MP, which regenerates over time. Allies can accompany the protagonist in battle, each of whom has a special ability that can be activated once-off cooldown, allowing the player to further customize their playstyle.

Re;Lord 2 ~The witch of Cologne and black cat~ is now available on Steam, Denpasoft, and Itch.io for $19.99. Adult content for the Steam version of the game has to be installed separately using a patch available on Denpasoft. Sekai Project has also previously announced that the next entry in the series will be released soon as well, likely sometime next year.