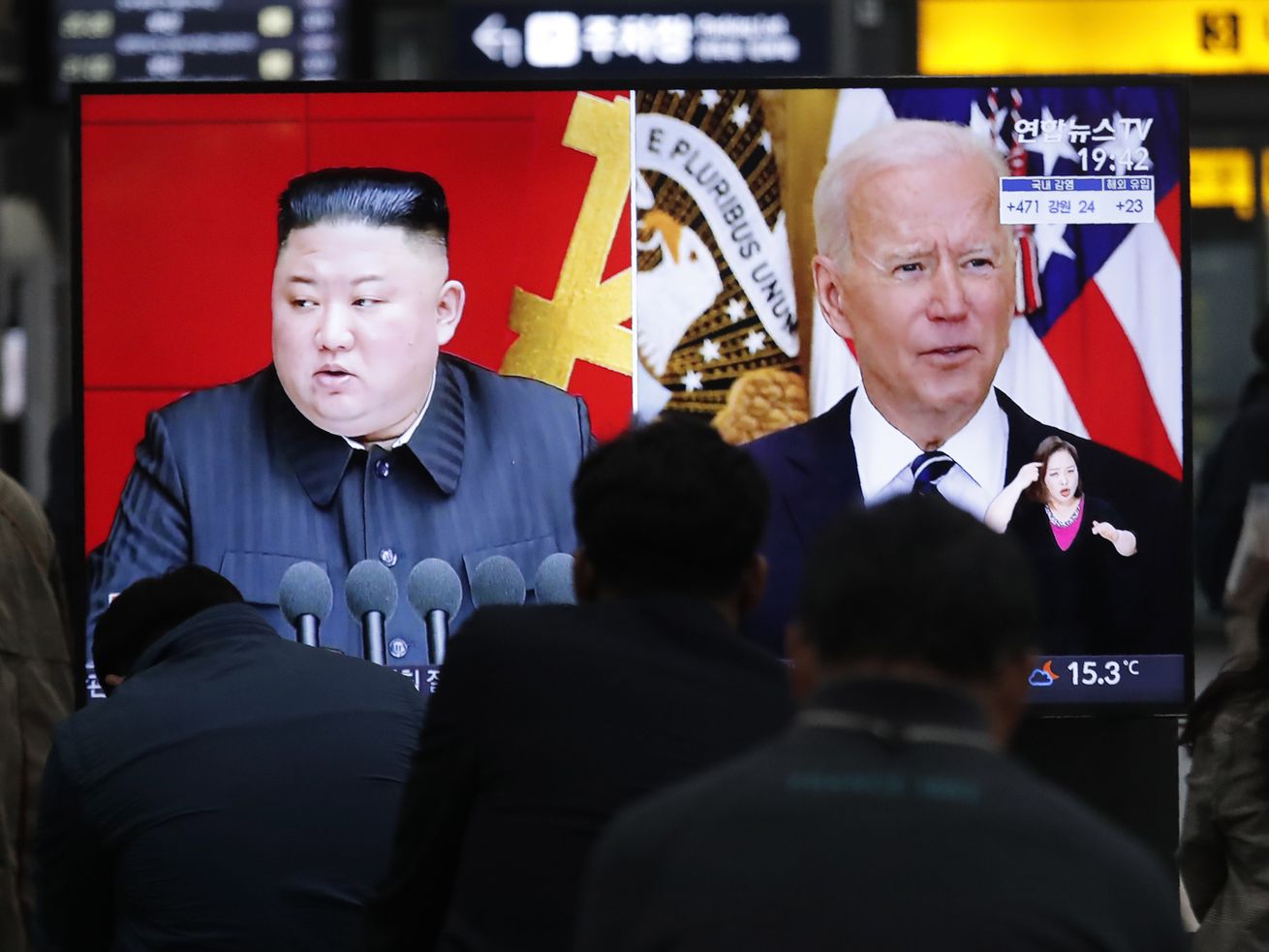 After new hostility from Pyongyang, Biden should recommit to South Korea

As in the past, U.S. leaders should work with allies, underscore military commitment and pursue negotiation

Once again, North Korea is engaging in disturbing provocation. On March 25, the totalitarian regime in Pyongyang launched two missiles off the east coast. They flew 373 miles, according to the official news agency. Monitors in Japan put the range of the tests at 400 miles.

This is the first such test in nearly a year. The last one took place on March 29, 2020. The United Nations Security Council passed a resolution prohibiting such tests. Separately, the UN Human Rights Commission has condemned the regime, a welcome move from that group.

North Korea has had at least rudimentary nuclear weapons since 2006. From time to time, Pyongyang makes threats to use them, including against the United States, as well as Japan and South Korea.

This latest incident occurs as the Biden administration reevaluates Korea policies. A natural assumption is that North Korea leader Kim Jong Un is returning to rigid hostility, after some flexibility over the past four years, including high-profile meetings with President Donald Trump.

In moving forward, U.S. government officials should keep in mind three basic realities about dealing with North Korea. First, for many years North Korea has been inconsistent. In 2013, Pyongyang declared a “state of war” with South Korea and abruptly abrogated the 1953 armistice that ended the Korean War.

Second, we must demonstrate commitment to defense of South Korea and our own readiness, and willingness, to use a range of forces. The Obama administration rightly deployed the THAAD (Terminal High Altitude Air Defense) anti-missile system for this purpose.

On cue, China expressed indignation about anti-missile deployments. That was predictable, also understandable given potential use of the system’s radars for information gathering. At the same time, Beijing worked to restrain Pyongyang, including suspending airline flights between the two cities.

Third, we should emphasize coordination with other nations. This ideally should include China and Russia, but always our durable friend and close ally South Korea.

China’s foreign policy reflects self-interest and traditional caution regarding military force. North Korea is a drain and over time a source of growing, well-founded anxiety.

The frustrating Korean War from 1950 to 1953 devastated the Korean Peninsula and made the Cold War global. President Harry Truman’s courageous decision to support the United Nations in defending the South against invasion from the North laid the foundation for today’s remarkably successful Republic of Korea.

Democratic change culminated with election in 1998 of President Kim Dae-jung, heroic opponent of dictatorship. In 2000, he received the Nobel Peace Prize. During the earlier dictatorship, Kim survived imprisonment and at least one attempt to kill him. Occasional political turmoil since 1998 confirms South Korea’s democracy.

As in the past, U.S. leaders should work with allies, underscore military commitment, and pursue negotiation. The Biden administration’s deployment of traditional diplomacy is encouraging.

Arthur I. Cyr is Clausen Distinguished Professor at Carthage College and author of “After the Cold War.” Contact acyr@carthage.edu

After new hostility from Pyongyang, Biden should recommit to South Korea