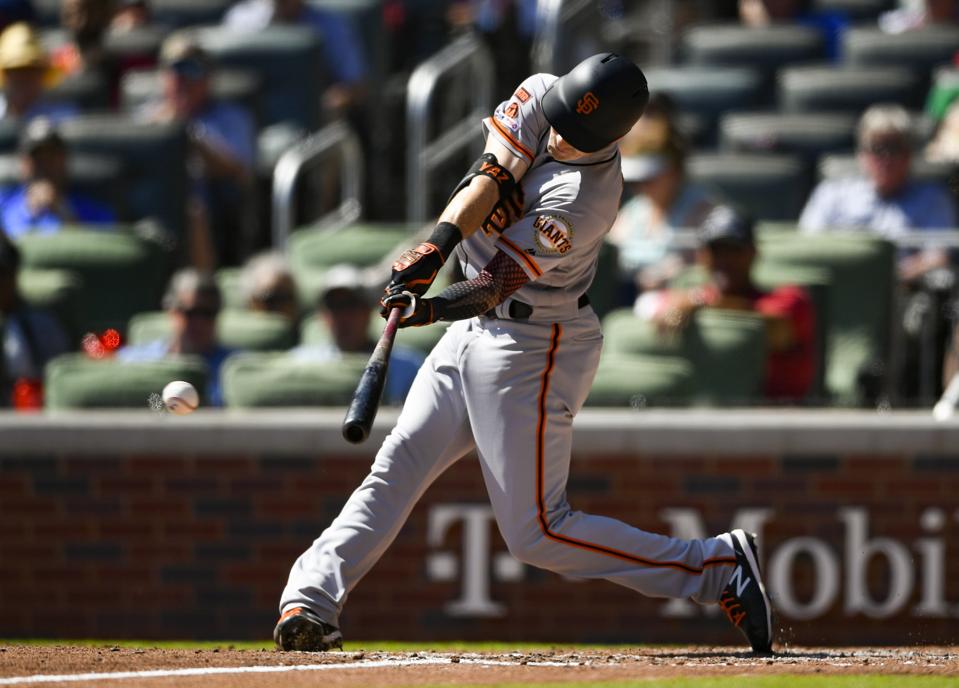 Instead of celebrating the opening week of the baseball season this weekend, baseball is probably the last thing on most peoples mind. I was gonna hold off on posting anything with so much uncertainty about the upcoming season as far as when and if it will even happen, but we're probably gonna be stuck in this limbo for at least several more weeks and maybe months. So I'm going to try and get things as back to normal while we wait.

Without much to talk about as far as current events on the diamond, we still can look forward to a 2020 season that will hopefully start sometime in June, if all goes well. It seems like the consensus is that if the season where to start say, June 15th, the postseason could be pushed back and possibly bleed into December. All players and owners and certainly the fans would be open to this scenario, and although it would be a little strange watching playoff baseball while putting up Christmas decorations, there's been nothing ordinary about 2020 thus far. So, we're going to proceed here as if the baseball season is coming and it will be here sooner than later. I'm not exactly clear on how "spring training" would resume and finish off if games aren't able to resume until late-May or June, but I'd imagine teams will be given a week or two of practice/intrasquad gaming before easing into the regular season. Of course the scheduling will have to be revised a bit too, as I'm it will likely pick up where it should have been once the season gets underway. Meaning, instead of the Giants taking on the Dodgers in LA as their 2020 season opener, it could end up being, lets say, June 16th in Washington and continuing the schedule from that point on.

It's going to be a strange summer to say the least, whatever ends up transpiring, but the Giants are still going to have to field a team and at the end of this, year, there still will be a World Series champion, hopefully. So, as we wait in anticipation, I wanted to take a look at the Giants projected opening day roster, starting with the starting lineup and rotation, then we'll discuss the bench and bullpen in a later post.

1. CF Mike Yastrzemski- Should be patrolling center field on mast days vs. right-handed pitching and was one of the Giants best players in 2019. I expect the 29 year-old to build off of last years success and become a staple in SF.

2. 2B Mauricio Dubon- Wilmer Flores could also get the nod here but if I'm Gabe Kapler and the Giants' brass I want to give Dubon as much PT as possible to start the year as this kid has the chance to be something special. Will also see time at SS and the OF.

3. 1B Brandon Belt- He's a guy who's gonna be on the hot seat throughout 2020. Kapler seems to love his approach at the plate and he's got a steady glove, but the Giants need more out of Belt than a .250-ish average and a mediocre power output.

4. C Buster Posey- 2020 is supposed to be the year Buster regains his swing and production at the plate, but at 33 years old now and all the mileage adding up on his legs, who knows if he'll ever be a plus-hitter again. The Giants are certainly hoping he can as they have limited middle-of-the-order options.

5. 3B Evan Longoria- Longo had bursts last season in which he looked good at times, but it was another injury-riddled, underperforming year from the veteran third basemen. He's a guy who could be moved if he starts the year out well and I think that's what the Giants are hoping.

6. RF Alex Dickerson- This guy was one of my favorites to watch hit last year, until the injuries caught up with him. Looking forward to seeing if he can stay healthy and the numbers he can put up if he does. My pick to lead the team in home runs in 2020 if he stays on the field.

7. LF Hunter Pence- One of my favorite players of all time and in a rebuilding year he's a great guy to have around the clubhouse. Probably won't be in the lineup daily but still can have a big impact vs. lefties and be a mentor to the younger hitters.

8. SS Brandon Crawford- Another guy, like the other Brandon, who's on the hot seat heading into the year. He's gotta justify his spot in the lineup with some strong at-bats out of the gate to silence the whispers calling for Dubon to take over at short. His glove as fallen off a bit but he's still a plus-defender, just has to give that average north of .250.

RHP Johnny Cueto- Going to be interesting to see how he does in first full year back from Tommy John. Probably won't be the guy we saw in 2016 but should be much improved over 2019. Could be a candidate to be dealt if he starts the year off strong.

RHP Jeff Samardzija- Quietly been the Giants most consistent starter over the last 3 seasons. I look for much of the same in 2020. Not a flashy arm but gets the job done and can be counted on to eat innings, even at age 35. Also will likely spend much of the year in trade speculation if he's right.

RHP Kevin Gausman- He was the Giants biggest priced free agent acquisition this winter, getting a guaranteed $9M after coming off a season in which he could not perform well enough to keep his rotation spot. However his strong finish out of the bullpen helped him win back some faith and I do expect a better all-around 2020 campaign from him throwing half his game at Oracle Park.

LHP Drew Smyly- Much like Gausman really had two different seasons in one last summer. He was as bad as it gets with while trying to hold a rotation spot in Texas, producing an 8.42 ERA over 13 games. However his strong finish under Gabe Kapler in Philly and his solid performance earlier this spring are giving the Giants reason for optimism. It wouldn't surprise me if any of these front-four arms are dealt at some point this summer though.

RHP Logan Webb- The 23 year-old is now the favorite for the fifth starters job to start the season with Tyler Beede having undergone surgery and slated to miss the season. Webb showed some promise last year and should be given plenty of opportunity again this season. However, the Giants aren't going to want him on a full workload, even in a shortened season, so look for some other guys like Andrew Suarez, Tyler Anderson and Derrick Rodriguez to also be sprinkled in at various points in the year.

So, there you have what projects to be the lineup and rotation for the Giants, at least to start the 2020 campaign if and when it gets underway. Obviously it's not the lineup your going to get day in and day out with Kapler and Zaidi I think planning to move pieces around as much as possible to create versatilty as well as positional battles probably unlike we've seen in San Francisco under Bochy. Boch did some light platooning but largely stuck with proven guys even when they were struggling. I don't think Kapler will take the same approach, especially now that the club is in full blown rebuild mode. In other words, if hitters like Belt, Longoria, Crawford and pitchers like Smyly and Gausman are not carrying their weight, they're not going to have as long a leash as they would have under the previous regime, and that should keep things interesting throughout the summer.
Source: giantsbaseballblog